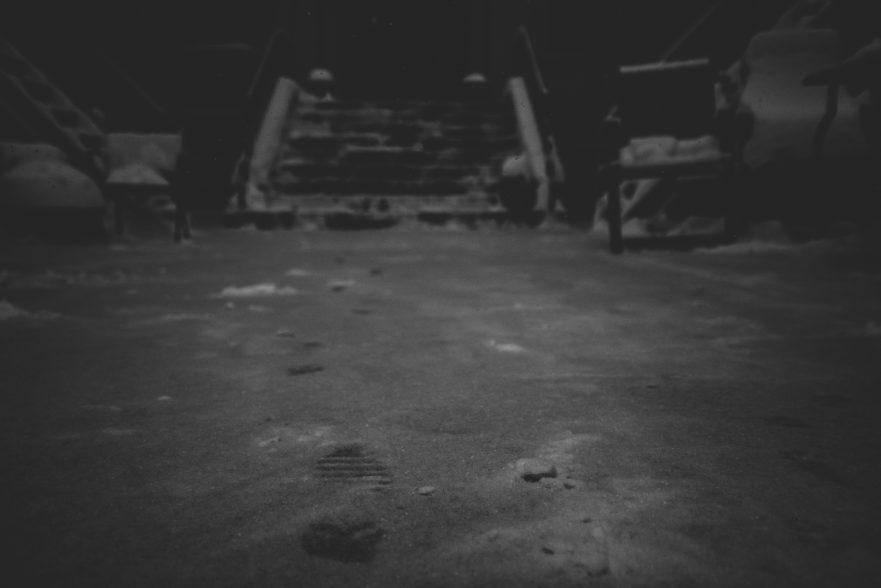 Off like a shot, the years just drifted away for two young men. John and Nick grew up together on Harrison Avenue. Their fathers worked at blue collar jobs and the mothers stayed at home. The moms didn’t all bake cookies but they were there to put band-aids on the scrapes and cuts and cooled the bruises with ice cubes from those cold metal trays.

In the summer of seventy-one the world was magical and it was theirs to consume. Money was short and the days were long. Desires ran high and spirits were in full bloom. They cruised along the main streets of neighboring towns with their eight track players loudly blaring The Who’s “Won’t Get Fooled Again.”

John chased the bright lights of New York City. After settling in to a studio apartment and a job in the garment district, it didn’t take long for him to become disillusioned. Urban life had lost its glow. A simple dinner out was a major event and the cost of living was full of wasteful excess.

He hit his mark and achieved some success and made a few close bonds with his co-workers. Most of them commuted in from the place, New Jersey that John had run away from to bask in the glitz of the city. At the age of thirty, John had become jaded and his focus was wearied. He knew he needed a change, a whole new mindset.

John lamented the wasted seasons when a simpler life was just a pantomime. A daily ritual after work was to sit in the park and reflect on where he wanted to be. He grew tired of watching young lovers cavort, dealers dealing, druggies using and morning mayors holding court. On his way back to his phone booth sized apartment, he had to navigate the crowded sidewalks. They were claimed by cardboard dwellers with their worldly assets secured in shopping carts, each one doubling as a mobile wine cellar.

Leaving wide, potholed streets in his rear view vision, John journeyed down freedom’s road. He was determined to turn the pages on yesterday’s frustrations, hoping to find contentment for his soul. As he traveled the back roads, John could hear voices and he could hear music. All the sounds were uniquely serene, ones he had no wish to forego.

His alter ego whispered to him, “Your life is precious, cherish it; like art, make it a masterpiece, to its evolution you will commit.”

“It’s never too late to get back to basics” he mumbled to himself. He thought that a liberated outlook would be a calm landing spot within his reach, a peaceful gift he would covet and not breach.

While John sought fame and fortune in the big city, Tony searched for just one woman for an eternity. He found her when the guys made one of their summer journeys to Seaside Heights.

Mary was the one who caught Tony’s eye. Her saucy smirk stiffened his spirit and enticed his carnal core. Their eyes connected and lascivious libidos danced a sultry tango. Their boudoir games played like Tic-Tac-Toe; Tony would write the “X,” Mary the “O”. The inscriptions on their bared bodies left them panting and drooling and wanting for more. Tony, a bit flushed and breathless shared the following ditty.

“You have the passion, I’ve lit the fire; our sizzle and spark, feeds this desire. You have the socket I’ve got the plug, our charged connection will be wired and snug. Complete the circuit; turn on the switch; we’ll make electric love to fever’s pitch.”

Mary and Tony lived in the moment and together forever was their only vow. In tune, they ran free into the wind, escaping from the here and now. Their respective lives at home did not resemble a picture postcard. In school they were both on the outside and didn’t fit in. Tony at least had John as his safety net. Mary was never embraced by the kings and queens of her high school.

Mary’s tenuous threads became frayed and her fears fed her tears. She had a great desire to be wanted by anyone that could see past her large breasts and quirky personality. The guys she met only wanted one thing and that was her body. When Tony came along, he showed her his vulnerable side and they soon blended into a sympathetic couple.

Together they tried to rid themselves of years of feeling belittled, empty and hollow. They began to chase heroin’s compulsive allure and pleasurable sensations were now theirs to savor. Side by side they crashed as dark shadows masked rainbow’s glow. Dwelling only on rejections of the past, they sought refuge from society’s reality show.

A hazed euphoria was easier to achieve. It made them crazy, crying, wanting more. Their senses warped, trapped in an opaque fog. Lucid imaginations were aborted by base lines. They were anything but poetic, nor did they rhyme. They often found themselves flat on the floor, confused, with no concept of day or time.

Dipping and dabbing, was a game they played, in the meadows, basement and garage, each a fleeting oasis, free of distress, but a lasting nirvana was just a mirage. Two lives were soon gone, ravaged by pulsating cravings, as bubbling streams juiced flimsy veins. Hypnotic illusions flushed their feeble spirits with a finality. On the floor, they lied on the floor forever connected by addictive chains.

Sadly for Tony an air of contentment never drifted his way. His legacy was just a dog-eared wallet. It held photos of cheerful faces, the family he loved and lost. There are now empty spaces of a future he never realized.

As John reflected on the friend he lost he offered this view. “Death’s strain is withering. Where sunlight once shined, to its radiance we’ve become blind. The final mark of one’s lifetime is not an option to be deflated, nor should we hurry its passing as we ponder what is unstated.”

Life is a buffet but most people choose to starve. Peace is a peace of mind, and it’s up to you to hold that and find a life that tastes delicious. ~ tyler malone