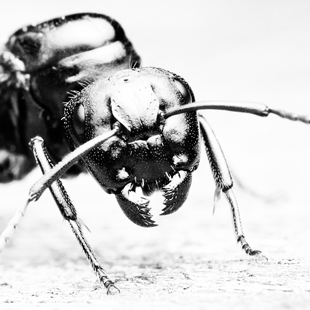 Her hands hurt. With great effort she whipped them. Born in the family of enforcers, she was destined to live cruelly and punish offenders. The queue of little labours persevered with their burdens, sometimes their backs broke with the weight. She would strike the poor creatures until they shrieked in action. With the advent of winters, she became brutal. There was less time and more to gather. Queen Ant wished to show her gratitude to her subjects, but protocol demanded otherwise. She cursed her obligations as she thrashed the weary ant that had dropped the granule of sugar.

All you can hope is that there’s some humanity beneath the actions of monsters. – Tyler Malone