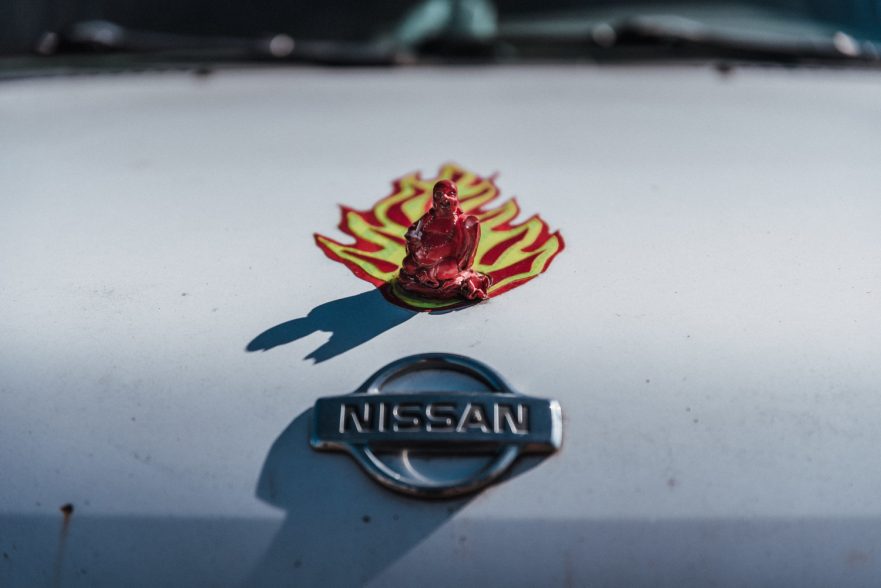 Ray Dan got up from the breakfast table when he heard a vehicle bouncing up the driveway. Before he got the door fully open, Blake Shelton belting out “God’s Country” filled the kitchen.

“I swear Ray Dan, don’t you go bringin’ Joe Willy into this house when all I got on is this robe.”

“Honey, maybe you could get something on?”

His wife’s glare answered that question.

Ray Dan stepped outside and waited for the truck, the dust, and his cousin to settle down. “Kinda early on a Saturday morning by your standards, isn’t it, Joe Willy?

“You been out all night?

“I need your propane tank for the BBQ grill, Cuz.”

“What, no good morning or nothing? Joe Willy, your Mamma be ashamed of you. I know she taught you proper manners.”

“More like she beat them into me, so please don’t say nothing ‘bout this slight mistake. Good morning, Ray Dan, and how are you and the Mrs. this fine Middle-Georgia Saturday morning?”

“I’m great, but the Mrs. is sleeping and likely didn’t appreciate the truck radio blaring.”

“Oh, was it really that loud? Anyhow, I need to borrow your propane tank.”

“Why? You lost your grill betting at the pool table last week, remember?”

“Yeah, yeah, don’t remind me. But I scored a new one, not too badly used or anything. Just needs a tank.”

“Nothing like that. I picked one up on the side of the road for free.”

Joe Willy hopped out of the truck and quietly closed the door. “So I don’t wake the Mrs. I’m thoughtful that way.”

“I’m gonna hold a neighborhood cookout. I want you and the Mrs. to come as well.”

“I dunno, she’s got some stuff planned…”

“Never mind that. She could make some hamburgers and you could bring some hot dogs and buns. It’ll be great.”

Joe Willy grabbed another. “You carry that one, I’ll get this one. It’s gonna be a big party, kids and everyone will be there. It’ll be great.”

“I dunno, your ‘neighborhood’ is kinda sketchy.”

The two rounded the bed of the beat-up pick up and Ray Dan dropped the tank he was carrying.

“There’s feet with shoes sticking out of the truck!” He walked backwards and said, “Shit, shit shit. You’ve gone too far. Is he dead or kidnapped or what? No, don’t tell me and I won’t have to deny anything.”

“Chill, Cuz. It ain’t real. It’s one of them store dummies. Whatta you call ‘em?”

“You stole a store mannequin? Why? Just why?”

“It was nothing like that, Ray Dan. See, I was out junkernecking ‘round some fancy neighborhoods. Did you know rich people throw out a lot of cool stuff? Anyway, the BBQ grill stopped me dead in my tracks ‘cause I needed one, so I stopped and picked it up. Sure enough, next to it there was this mannequin laying in the grass.”

Joe Willy dropped the tailgate. “See? He’s all dressed up like a dandy. A grown-ass man dressed up like a member of some country club. I had to put him in the bed, I couldn’t get him inside on account of all the stuff on the seats. He’s wearing pointy shoes and white pants. All he needs is a sweater tied around his neck. Hey, I thought you weren’t supposed to wear white after Labor Day.”

Ray Dan sighed. “Only if you can’t afford to take a fall vacation. Anyway, you couldn’t leave it there on the side of the road?”

“Hell no. And it’s a him, not an it. Careful, or I’ll name him after you. That there’s a gem. Gonna be the BBQ centerpiece.”

Ray Dan looked at his cousin. “How is that going to be a centerpiece?”

“I don’t have it fully worked out yet, but I figure he could stand up next to the cooler with a beer in his hand, kinda welcoming people.”

“And somehow that will welcome people?”

“Yeah, now you gettin’ it. Maybe I’ll take one of the hands off and put it on the grill. Those fingers look pretty realistic. Yup, I could serve chicken fingers and mannequin fingers. Kids’ll love that. Yup.”

He heaved both tanks into the bed of the truck and closed the tailgate, barely missing the mannequin.

“You gonna secure those tanks?”

“Nah, not going far. You and the Mrs. are coming right? And don’t forget the hamburgers, hot dogs, and buns. Lots of them. Maybe be there by three, okay?”

Joe Willy didn’t wait for an answer, hopped in the truck, and barreled out of the driveway, tanks rolling around and the radio blasting, yelling “Thanks for the tanks!”

Ray Dan sighed and said under his breath, “How am I going to explain to her that we’re going to Joe Willy’s BBQ party?” He looked to the sky for answers, then headed back to the house.

There’s so much out in the world waiting to be brought home. Go forth and discover! ~ Tyler Malone