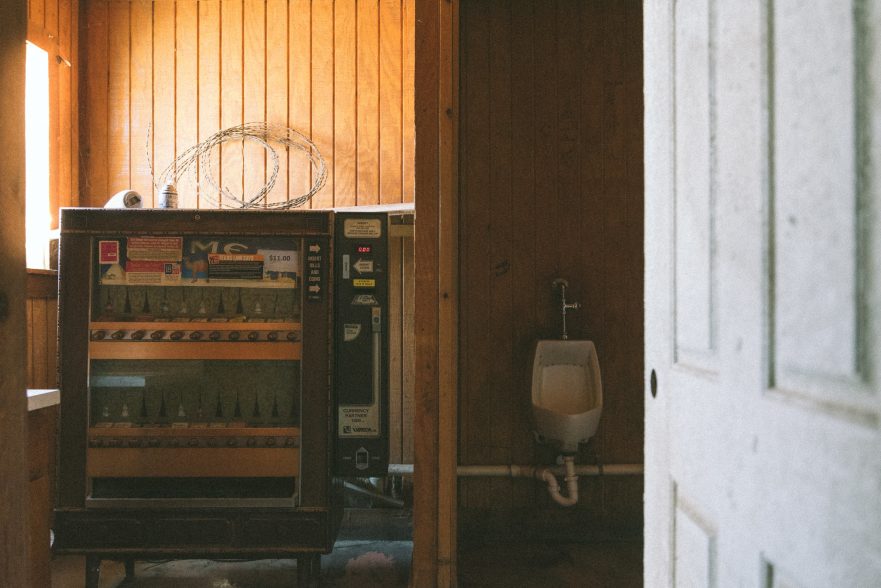 photo "A Place for Everyone's Noone" by Tyler Malone

The jukebox in the corner of the diner was blaring.

“For God’s sake, Ray Dan, you picked the only diner in South Alabama with a jukebox? You know I hate them things in diners.”

“I didn’t know, I swear. Promise. Maybe the pie is good. Joe Willy, here, take a look at the menu.”

The music quieted and the two ordered chicken-fried steak, grits, and greens. Joe Willy was hacking away at his meat when the music started up again. He dropped his knife and fork on the table.

“No, don’t.” Ray Dan tried but couldn’t stop him from heading out of the diner. Ray Dan watched him sit in the truck before he let out the breath he was holding. But Joe Willy didn’t stay in the truck, he popped back out with a chrome-plated Desert Eagle .44 Magnum stuck into the front of his pants and stormed back into the diner. He entered just as a song was finishing.

“Come on over, Joe Willy, the music stopped. Your chicken’s getting cold,” Ray Dan called out.

He ambled up to booth, placed both palms on the table and leaned in, staring at Ray Dan.

“I swear, if that jukebox starts up again, I dunno what I’ll do.”

“Oh, sit down, it’ll be fine. See, it’s quiet now. Maybe we should eat up and hit the road back to Middle Georgia.”

As if on cue, the music cranked up with Mark Chestnutt singing “Bubba Shot the Jukebox.”

Joe Willy jumped up and made a beeline to the jukebox. At that point, he was on a mission, and nothing was going to stop him.

“Shit,” said Ray Dan. He stood then headed to the cash register.

Joe Willy stormed over to the table beside the jukebox and stared at the little fella sitting at it. That pistol is plenty big anyway but must’ve looked even bigger up close.

The little fella just nodded and wished he was anywhere else. “I didn’t know.”

He managed to distract the waitress at the till and had her attention. “My cousin gets kinda crazy sometimes, but he’s okay. I need to cover the tab for lunch real quick. Can you ring it up now?”

“Sure, Hon, your cousin isn’t going to do something stupid is he?”

“I hope not, but I never really know.”

The entire diner heard Joe Willy ask the little fella if he could shut down the jukebox, and then saw the vigorous nodding.

Ray Dan took a deep breath but let it out as Joe Willy bent over and unplugged the machine.

The quiet was deafening as he returned to the table.

“Hon, is that a gun sticking out of his waistband?”

“Yes, but he didn’t use it or take it out or threaten anyone so, no harm, no foul, right?

“Oh Hon, this is South Alabama, everyone’s carrying a gun. I just liked the looks of his.”

Ray Dan blinked. “Could I get a couple pies and coffees to go?”

We’re all guilty of justifiable homicide when we kill a song that brings life back into our lives. ~ Tyler Malone