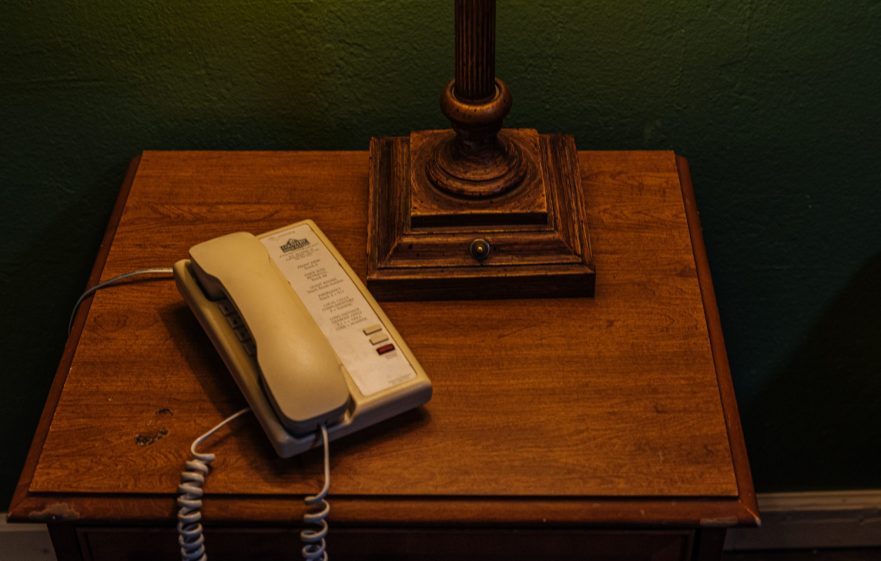 I picked up the phone and answered it. It was my boss, Bob Fischer.

It was not a question.

I was surprised and not a little irritated. Fischer knew I was working on the quarterly report and how important it was for me to work with minimal interruptions so I could concentrate on the report.

I hope this is important, I said to myself as I walked to Fischer’s office.

He had been looking out the window when I walked in.

“Close the door and have a seat,” he said. Then he started rocking back and forth and not looking at me.

He shook his head and said, “I don’t know how to say this.”

I wished he would say whatever it was so I could get back to the report.

“This must be some kind of joke.”

I could tell by the misery of Fischer’s face that it was no joke.

“I’ve worked for Warner Corporation for almost twenty years. Last year I was named employee of the year.”

“I know, Jack. I don’t understand it either. I tried to argue with them, but they were adamant. They were not going to change their mind.”

“What about the quarterly report?” I asked.

“Don’t concern yourself with the quarterly report. They want you out of here by noon today.”

As upset as I was about being fired, one part of me was glad that I didn’t have to do the quarterly report.

A week later I got an appointment with Bill Harrison, a labor lawyer. My cousin had told me that Harrison dealt with cases like mine.

Harrison had an unimpressive office in a rundown building. He asked me about my firing.

“Some companies,” he said, “are using AI to take care of their HR.”

“What’s with all the initials?”

“Sorry. AI is artificial intelligence. HR is for human resources, what used to be call personnel.”

“But it doesn’t make sense. One year I’m employee of the year, and the next year I’m fired. The company depends on the quarterly report that I was working on when I was fired. There’s no one else there who can do it.”

“I know it doesn’t make sense. That’s why I think we have a good case. The problem is the companies that run the artificial intelligence personnel have contracts that do not allow the companies they work with to overrule their decisions. Often the companies that hire them want to get rid of some long-term employees who get the highest pay.”

“That’s crazy. The long-term employees get the most pay because they’re the most valuable to the company.”

“I know. I will find out if Warner has that kind of arrangement with an AI personnel company.”

He asked, “Did Warner have you take a personality test in the last few months?”

“Yes, everyone had to take a personality test.”

“Let me do some research, and I’ll get back to you in two weeks.”

When I saw Harrison two weeks later, he told me that HR at Warner had ordered personality tests for all employees to determine whether they were suited to the jobs they held. If they weren’t suited, they were not likely to do a good job.

I recalled that several other long-term employees had been let go.

“We’ve got a strong case,” Harrison told me. “A lot of companies are having decisions made by computer technology and leaving people out of the decision making. They have to learn that they can’t just run over people with no regard for their rights.”

It took me a couple of months to get another job. It was with a new company called Pinnacle. The man who hired me, Tom Cooper, was about half my age.

“We’re a new kind of business,” Cooper told me. “We go into a company and analyze everything about it. Then we make recommendations for how they can improve their efficiency and effectiveness. Businesses that follow our recommendations make remarkable improvement. Some companies have doubled their income within a year or two. We saved a couple of companies that were on the verge of bankruptcy. Forbes wrote a nice article about us. I’ll make sure you get a copy.

“Why we want you,” he said, “is because you have a strong background in accounting. This is something we need.”

A week later I was working for Pinnacle. I was sent as part of a team to analyze a small grocery chain. I liked the job. I got along with my teammates, and I didn’t feel the pressure I had felt at Warner. And I made more money at the new job.

I hadn’t thought much about my old job at Warner, and I certainly didn’t want it back, so I was surprised one day when I got a call from Bill Harrison.

“We got an offer from Warner,” he said. “If we drop the suit, they will pay you two hundred thousand.”

“What do you think?”

“I would take it. You might get more if we win the suit, but you can’t be sure of that.”

It seemed good to me. I liked the new job a lot better, and I didn’t have to prepare quarterly reports.

“I think Warner has been having some problems,” Harrison told me. I heard that they are hiring some company to analyze them and make some recommendations for improvement.”

“Do you know the name of the company?”

I tried not to start laughing until I hung up the phone.