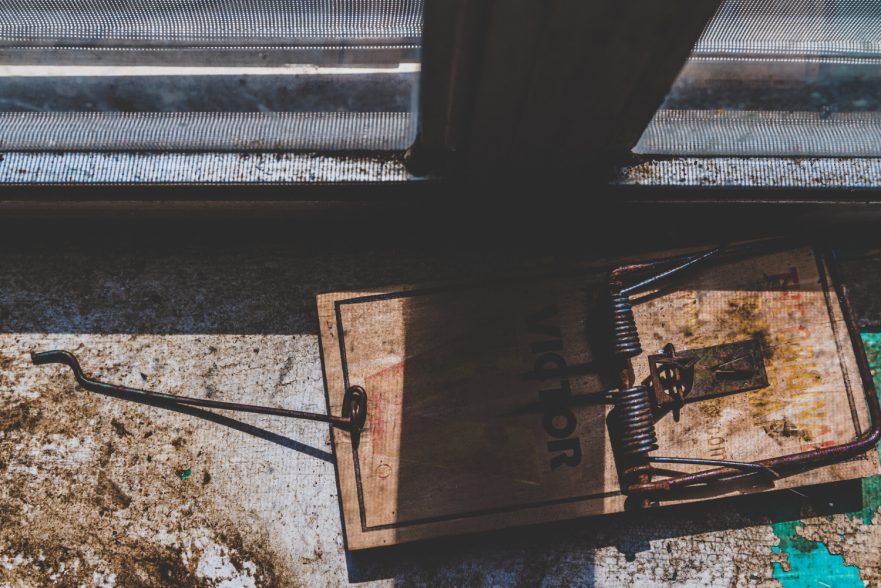 Life was good at that point in my life. I didn’t want it to decline. I thought if I just don’t do anything I might be okay. But I doubted it. I’d tried to lay low before. Unfortunately, despite my best efforts, they found me. The people found me. My old dog found me. Seemed the more I tried to hide, the easier it was to find me. People would pop up at the oddest moments when I thought I’d be securely alone.

I could barely take my dog. That damn blue eye of his. Staring at me. Through the crack in the curtains covering the sliding glass door. That tell-tale eye. Looking in at me. Him outside. Me in. Barking, whining, stacking the guilt up in me: the park, a walk, or let me in! he says. This separation is ridiculous.

I’d broken up with the lady. The rich man’s wife. She was young, my age, a looker. He was rich, cool, and hairy. Must’ve smelled. She’d married him for his money, his position. I was a year younger than her. She’d modeled before. Was rumored to have done prostitution. She liked me. Said she didn’t do with her husband the things she did with me. Talked about learning “the Juicer” a lot. She even demonstrated the technique gripping an imaginary bulbous shaft and “juicing it,” with both hands.

I fell in love. Our dogs fought. We eloped. And I fled four days in. When we argued I tried to use “I” messages so as to not upset her; she informed me I only think of myself. I thought, I feared, prematurely, dementedly, she’d find another man. Just like she found me. But worst of all, he, my ex-friend, her husband, called her every night! And she talked with him for hours, as I sat there silent, in her girlfriend’s small apartment.

I started drinking. “You’re not the same,” she said, “you’re different,” as I listened and slow burned.

She was hopelessly low class. I realized this, but I called her evil. Oh yeah, I said, everybody thinks so. This got to her. How could she do this to him, I suggested? To her husband, I was Judas. But she’d knock on my window while I was sleeping late at night, and crawl in through the window.

She retaliated. I thought she might understand. She didn’t. We went grocery shopping and we couldn’t mix our stuff. Pay separate, she said. He called every night. They talked very friendly like. He told her about things at the house, what’s going on. He’d not ask about me. Not perturbed in the least at her and I was the charade. They talked openly for what seemed like hours. I drank.

In time she was snatching drinks out of my hand. Freshly poured glasses of wine she tried to take away. “What are you doing?!” I’d ask, totally shocked.

She stopped having sex with me. Our dogs, both male and about evenly matched in size, Bruno versus Sinbad, continued to have high decibel, savage open-jawed biting fights. African-Americans on the streets gave us, and our battling snarling dogs, wide berth. She trained her dog, or fooled him, into eating carrots and grapes. Disgusting.

Before she latched onto another guy, at our new apartment, I fled the scene. I feared this abnormally. Driving out of town, down the road, heading south, I drove twenty-one hours. Knuckles white from clutching the wheel, weary from crying, heartache, cigarettes and rumination (circular thought), I rolled under my mother’s carport in Phoenix. I showed her! I thought. Mom came out; she was on her way to work. She noticed my anguished, bedraggled state. She noticed the Samsonite bags under my eyes. “What’s the matter, son?” she inquired. “I’m glad you made it.”

I looked at her through puffy, red eyes. “I loved her,” I said, weepy.

“You’ve got to be able to throw things out of your mind,” she said.

“Compartmentalize.” I knew I did. I knew she was right. She had survived her ordeals. Divorce, men, death, relocation. Compartmentalize, that’s what I had to do. Nevertheless, I could not eat. Not sleep well but continually lethargic, tired. I just wrote letters. To her. My Dad said it’s normal to lose fifteen pounds, grieve for a year, following a serious break-up. My psychiatrist said grieve two years. I suggested grieve for life.

Looking back is so odd. As in so many things that occur while young, upon reflection, years, decades later, tragedy, the incidence of crushing defeat, often becomes “the best thing that could have ever happened to me.”

Sitting here writing this, thirty-plus years later, I wonder. Her father molested her. She enjoyed her affairs. Loved sex or so she said. Had broken many men’s hearts. Maybe she used me to get away from her husband. Maybe I used her. Maybe we both used each other. In a final analysis, the love, the affair, the cheating, didn’t feel good once it was over. I still feel like a cad. He was my friend. I blame her, and me. Pity. And one guy killed himself, I heard, over her. Low class. Or at least that’s what I’m calling it.

Living feels like dying at every sunset, sunrise, and every smile. ~ Tyler Malone