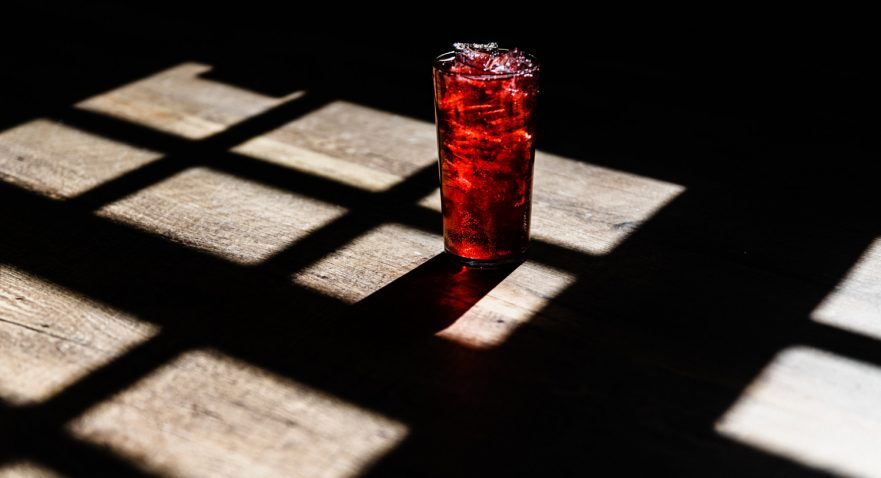 I’d had two run-ins with the grump & they were far from pleasant. First encounter was at the premier of Tales of Ordinary Madness at a rundown movie house in a seedy hood at Melrose and Van Ness in the early 1980s. I had the nowhere cab gig at the time. (Stuck in it for years in order to buy time to write during the day.) Had paid to see the flick out of respect for the writer. I was there to support the scribe. Flick didn’t have to be anywhere near exemplary, far as I was concerned, so long as it helped spread the man’s ability as a unique wordsmith & raw & real free verse poet.

Theatre was packed. Movie was running. Not half-bad, I thought (with a decent actor like Ben Gazzara in the lead). Problem was there was a drunken fool in the back cursing at the screen, muttering gems like: “No, that’s not right. Not the sunglasses. That’s bullshit.”

I guess he didn’t like seeing Gazzara wearing dark shades while reading his poetry at an indoor poetry venue. Minor beef (was my observation). Not worth getting worked up over. Yes, we knew Bukowski didn’t care for the Beats and this (quite possibly) hinted at it: the fakery with the shades bit. But, man, I had paid my money to see the movie and wanted to be allowed to judge for myself and did not need some unhappy imbibing character to critique it for me. That was Roger Ebert’s job (not that I always agreed with the critic and what he had to say).

Anyway, never having expected the picture to be notable to begin with, I didn’t give a damn that the actor sported sunglasses in the scene. I just wanted to go along with the ride, enjoy the flick (if possible). But the noisy mother went on. Caused me to drop my effing bag of M&Ms on top, which made it worse.

“Damn,” I cursed under my breath. The audience laughed. Thought it was funny that my M&Ms were scattered on the effing floor and that I had to kiss ‘em good-bye now. And the grump in the back row kept grumbling with a running commentary, talking back to the screen, and I kept telling him to shut up. Only he wouldn’t. Until finally, at last, I screamed (at the top of my lungs) for the guy to close his mouth.

Frustrating? Understatement. I was there to see the picture. Paid to see the goddamn movie. Paid. Did not walk in free. With money I made driving the cab, fighting LA traffic, dealing with hookers and their mean pimps. And this boozer in the last row was ruining it for me. If he didn’t like it, why was he present? Why not get up and walk? I’ve done it in the past, plenty of times. Who was it that had twisted his arm and forced him to stay put and continue to bitch and moan & ruin it for the rest of us? Who was it? Why not walk out?

I’ll tell you why: Because the rude jerk was Bukowski. Enjoyed being a prick. It was in his blood. The way he was. And I had no idea at the time that the grousing/under-the-influence fool had been the former Factotum himself (until I read his account of the incident in one of his stories in the Septuagenerian Stew collection a few years later).

No shit. The obnoxious wino with the relentless mouth had been nasty Chinaski himself. Knowing this didn’t help because he’d spoiled the experience for me.

The other time had been at Fairfax High, where I used to go to run and workout on the monkey bars (as a way to keep from going over the edge). It was still the early 80s. I remained in a bad way as a result of splitting with a woman I’d given my heart to. I was effing suicidal; living in a furnished room, barely holding on (although I didn’t look it on the surface). I was in my early-30s, young, fit, appeared healthy––facade-wise (even though a serious mess inside my noggin). Not only caused by the breakup, but the result of a brutal childhood. Yep, thirteen-years of having been cuffed & beaten by a bully of a father. There was rage, lots of it, years of it, only the dipstick––Bukowski––had no idea. Far as he was concerned: he was the only mother whoever suffered at the hands of a violent parent. No one, but no one else came from a fucked-up upbringing but Bukowski. No one else was yelled at and smacked around but Chinaski.

And so: What was the incident at Fairfax? I was on my bicycle, having left the outdoor high school track, heading east on Rosewood. I’d reached Genesee, and made my right turn at the corner, just as Chinaski had stepped off the curb across the way; he was on foot, west-bound (visiting one of his nutty hoes in the Fairfax District, no doubt), and had been about to cross: was in the street, although nowhere near me. But because I hadn’t stopped, not having been able to or needed to (that I surmised), he says to me:  “There’s no hope for you.”

Dipstick Henry Karl. Couldn’t keep from running his mouth and saying something like that to someone he knew nothing about.

Damn, that took a lot out of me. It wasn’t supposed to. Didn’t expect it to. But did. And the irony remains: I still think about a third of his output is pure gold, perhaps even genius, a third is fair; and the last third––I have said this before––is worthless drool.

You can’t be ready for the madness because you always in the madness. You’re numb to it, but in small ways, it’s always invigorating. ~ Tyler Malone

A bit about Kirk: Kirk Alex is blue-collar/working class. Born in Sarajevo, raised in Chicago. Nam vet. Worked his share of McJobs over the years to support his jonze for books & writing. He is the author of Blood, Sweat & Chump Change –– Taxi Tales & Vignettes, the four-volume Edgar “Doc” Holiday noire/thriller series, the Chance “Cash” Register working stiff series; as well as the hard-hitting doorstop entitled: Lustmord: Anatomy of a Serial Butcher, et al.

A few tomes that knocked him out: Mikal Gilmore’s Shot in the Heart; Plath’s The Bell Jar; Derek Raymond’s I Was Dora Suarez; Kromer’s Waiting for Nothing; Sartre’s Nausea; Céline's Journey to the End of the Night; O’Neill’s Long Day’s Journey Into Night; Hemingway’s A Farewell to Arms; Algren’s The Man With the Golden Arm.