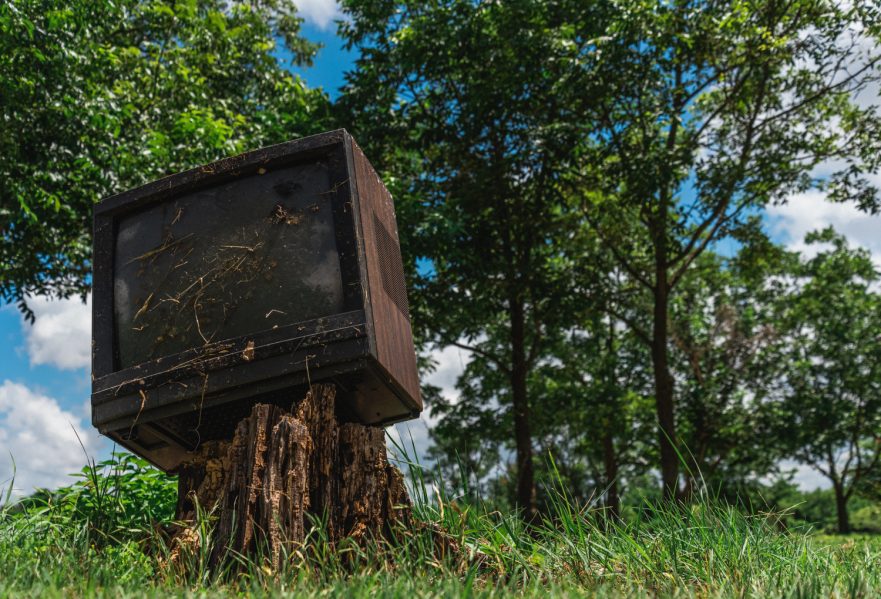 My friend Lonnie asked me could I paint his sister’s kitchen on my day off? He would pay me $150 and it would take two, three hours tops. $150? I said. He told me his sister Nessa lives in a bad neighborhood in West Agoglia, and that was why he was paying so much. So much? (I did not say that, although I almost did). It’s on the ground floor so you don’t hafta climb up to the third floor or something, he said. Are you gonna buy me a new car if mine gets stolen? I asked. He said if you’re not interested say so and I said I’m happy to do it, Nessa is a sweet kid, but the kitchen’s gotta be prepped before I get there or we both know it’s not gonna be two three hours tops. He said okay.

There was masking tape on the windows and a coat of primer on the three walls (out of four) that had been spackled so let’s say the kitchen was prepped, or at least there had been a good faith attempt. I opened the windows for ventilation. Inventory: two buckets of white paint, two new brushes, a roller (not new), a pan (very not new), and a Sunday paper. I spread the papers out on the floor and got to work. After an hour I took a break and looked for a comic strip to read. Think I dripped on all the punch lines, I said. Nessa said, Look at these. These are YouTube hoof trimming videos. I don’t know why, but they are so great.

They were 5 or 6 minute videos of a guy trimming the hooves of donkeys and cows. He would sit on a hoof trimming bench and chop the overgrown or cruddy part of the hoof off, with a tool that looked like a big chisel. It made a kind of CHOMP! noise. It was very satisfying. The animals seemed blasé about it. Doesn’t it hurt? I said. Does it hurt when you cut your toe nails? said Nessa. That’s basically what hooves are. CHOMP! And then the hoof looks clean and spiffy. I would like to do that for a living, she said. I wish there were donkeys and stuff around here. I would do it all day long.

Nessa dumped blue corn chips in a bowl and poured me a glass of some soda with a metallic under taste. I went back to work and by and by the window of the apartment across the yard opened up and a guy started to wrestle a big screen TV out of the apartment. Hey Nessa I said. I gestured at the window with a loaded paint brush and sent two globs to the wall. Aw crap, said Nessa and then she saw the guy struggling with the TV. That’s Tom Tom’s apartment, she said.

Is that Tom Tom?

So that’s some random guy messing with his TV? I said. I’ll yell at him and maybe he’ll take off. I mean, you could just call the cops but by the time they get here he’s long gone, and so’s the TV.

I don’t want people seeing me talking to the cops, she said.

So I’ll just yell at him. That’ll probably do it.

You yell at him, he’ll know it’s my apartment where people are watching him.

You say okay like it’s not okay at all.

It’s absolutely okay. If you don’t care if this guy is stealing Tom Tom’s TV, fine. I don’t care either. What kind of a name is Tom Tom anyway.

Maybe he’s a friend of Tom Tom. He could be. We don’t know.

Hoof MD, she said. Don’t forget to wipe those paint blobs off the wall.

I’ll use a razor blade. You won’t be able to tell where they were. She went off to watch the Hoof MD. I started touching up the trim and shortly the guy outside said: Bro! Hey, could you gimme a hand? This thing weighs a ton. I just gotta get it into my car over by the barberry bush.

Is it your TV?

He was a scrawny little guy. I felt bad for him. If you’re going to steal large electrical components, you ought to work out a little, or at least eat better.

If you’re talking about that Toyota Echo, you’re never gonna get it in there. Doesn’t even have rear doors.

Is that even your car?

Lonnie pulled up and parked behind the Echo. Hey! he yelled to me. I got your $150. You think I was gonna make you wait for it?

Like an afterthought he said to the scrawny guy: What are you doing here, Malcolm? Get in the wind.

Malcolm got in the Echo and drove away without a glance back at Lonnie or me or Tom Tom’s TV.

He wanted me to help him load that TV in his car, I said.

That little car? It would never fit. Where did it come from?

I pointed to Tom Tom’s apartment.

Is that Miz Bower’s place?

Didn’t know you knew Tom Tom. He pulled out his phone and texted Tom Tom and I finished the trim and cleaned up.

Then we all sat in the bright white kitchen, Nessa scrolling through her hoof trimming videos, fresh paint in our nostrils, and a nice breeze from the window just strong enough to make it interesting while Lonnie counted out my money.

What’s mine is yours. But on occasion, it’s not my choice. ~ Tyler Malone