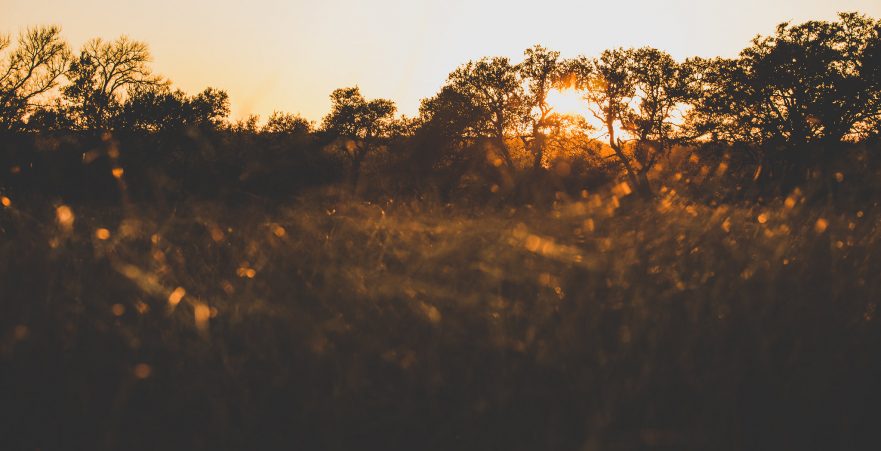 It was a bright and sunny Saturday morning when Ray Dan looked out his bedroom window. He grabbed his cell and tapped Joe Willy’s name.

“Well, it’s a beautiful morning in Middle Georgia, full of promise and adventure.”

“You sound pretty sober for this time of Saturday, Ray Dan. Everything all good?”

“What? I can’t give my favorite cousin a call?”

“Again, your only cousin. So, what doin’ on this beautiful Saturday?”

“I got a mess of rainbows for you, Cuz.”

Joe Willy switched his cell phone to his other ear and took a deep breath. “Do tell, a mess? The limit’s still eight, right?”

“Now don’t you nevermind ‘bout that,” Joe Willy said. “I’ll be over in ten minutes.”

Thirty minutes later, Joe Willy bounced up in his beat-up truck to a waiting Ray Dan. “You gonna get that thing registered some day?”

He hopped out of the truck and slammed the door shut. “Nah, you don’t have to until you get caught.”

“That’s how it works. Anyway, where’s the fish?”

Joe Willy reached into the bed of the truck and grunted as he lifted out a bulging black garbage bag.

“Christ, there has to be forty pounds in that bag.”

“Yup, something like that. I got three more. You know your big ol’ chest freezer that’s hardly full? I’m gonna fill it up for you.”

Ray Dan took a step back. “Eight fish limit on rainbows. What gives?”

“Well, I was shooting pool down at Smokey’s and everything was dropping. You know those kinda nights when every ball goes into a pocket?”

“Okay, okay, but it was a great night. And I was owning the table, and someone comes along and lays money down for the next game. Faster than green grass through a goose, his money was gone. But he played on and got way behind to me.”

“I know. That ain’t right, and I told him so. Said he had a way to pay me back, so I listened.” He put the full garbage bag on the ground and shook out his arm. “Seems his sister’s brother-in-law works for the fish hatchery. Okay?” Not waiting for a response, he continued. “They was all at a family thing and this brother-in-law said they were going to release most of the breeding stock next week. So, we released them early, that’s all. No harm.”

“And this seemed like a good idea at the time?”

“Well, yeah. Still does. Anyway, he don’t never take the keys out of his truck so we drove over there, borrowed them, and let ourselves into the hatchery. You can gather heaps of fish in no time with those big ol’ nets. We filled up buckets and poured them into bags. Quiet as a mouse the whole time, then back to return the keys. No one for the wiser. It was perfect.”

Ray Dan looked at the garbage bag on the ground. “You mean we gotta clean hundreds of fish?”

“Hell no, Cuz. That’s the beauty of it. These bags just have meat, they been all cleaned.”

Ray Dan was still staring at the bag on the ground. “That’s a lot of fish guts. Likely to draw some attention, maybe.”

“Nah, I thought of that. You know that new housing development on the way to my Ma’s place? I was driving around earlier on garbage day. Man, those rich people do throw away some good stuff. Anyway, they drug a new road into the woods for more houses and it wound away out of sight. We went there and cleaned all the fish. Out of sight of everyone. Lucky there was a full moon, huh?”

His eyes moved to Joe Willy. “You left all those fish guts in the woods? Not smart.”

“I did even better. I put sacks of fish guts into the dumpster behind Walgreen’s, the one next to the Ace Hardware store.”

“So, all day Saturday, Sunday, and a Monday holiday, think that’s gonna stink?”

“I suppose. But that ain’t my problem now. My problem now is I need some of your freezer space. I’ll leave some out for a feed for you. Maybe some for you Ma and my Ma, too.”

Joe Willy grabbed the fish bag off the ground and headed toward the garage. “Might not wanna tell all the details to your wifey. Maybe just that your favorite cousin did well fishing and took care of you.”

Ray Dan shrugged and followed him to the garage.

A short fiction trilogy: “It Went Down at the Ace,” “Squirrels,” and now “Fishing.” Day-to-day madness is all swims, so take a dip. ~ Tyler Malone