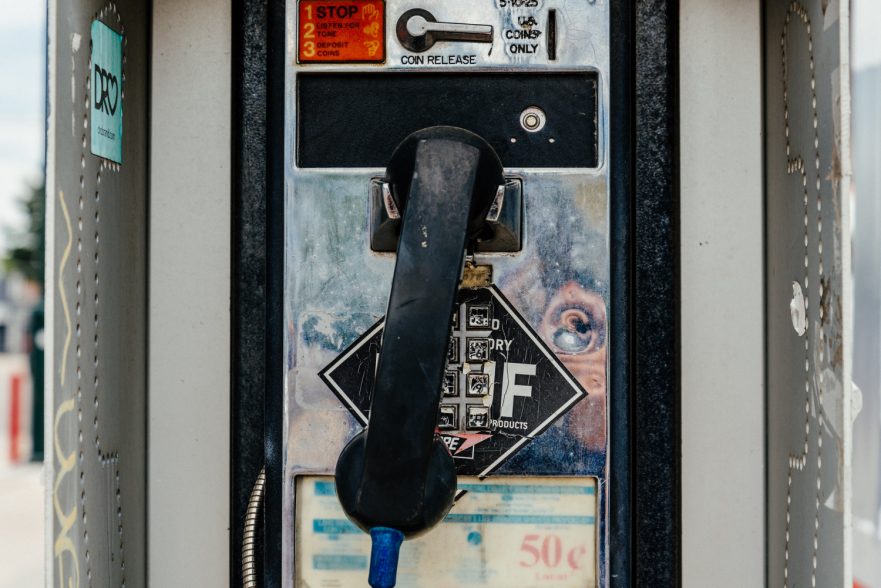 Excerpted from the novel Pharoni, by Colin Dodds

A tall older woman sidled up next to me and said, mixing business with pleasure?

Just being at the party entitled you to an immense benefit of the doubt, which freed people up to say things like that. I looked over my shoulder and smiled at what I saw. She was a rich person’s fifty-five, which meant she looked thirty-five in the low light, with impeccable posture, perfect non-regional diction, and precise features. She was, I’d soon learn, Amethyst Bannister—heiress, magnate, and the authoress of our fates for years to come.

I looked down at my cocktail and made a lame crack about the models the host hired to adorn the pool. She liked that, and we started talking. When she smiled, she kept her bright teeth pressed together and jutted her jaw like she was happy about something that was trying to escape her mouth. Over the course of our chat, I came to appreciate the subtlety and gentleness with which Amethyst uncovered whether I was a person of importance and the genial way she withdrew upon discovering I was not. Along the way, I discovered that she owned the place, and she’d grown up on, around, and occasionally inside mountains. Later, one of the bankers explained what she’d meant by that.

As she left, Amethyst suggested that I try the Shamanic Lounge on the third floor before I had too much to drink and pointed me toward the flattering mirror of the chrome elevator. Roy texted to say his second dinner was running late and that he’d meet me at the party.

The elevator’s windows looked out on the pool, where the models cavorted with business-casual billionaires and aspirants among the steam, ice sculptures, and waiters. To me, the guests weren’t heroes of innovation so much as they were the men who’d annihilated the record stores, magazines, and newspapers. I twitched for another drink.

The elevator doors parted onto a large room whose plate glass town-facing wall was lined with hundreds of pillows of different sizes and colors. The lights were low, and a comforting bass-heavy droning music filled the air. A young woman in a brown blazer introduced herself as Sherry and asked if I was interested in the Shamanic Lounge. When I hesitated, she said it only took twenty minutes and was completely legal in the state of Colorado. She gestured to the people lying comfortably in the pillows against the wall. They seemed happy enough.

I agreed, and she took my glass, then handed me a glowing tablet with a dozen boxes to check and a line to sign with my finger. With the waiver signed, she smiled and led me to the far apex of the oval. Someone wearing what looked like carpet remainders stood up and emerged from the corner. The smiling woman explained that, for legal reasons, I had to tell the carpet-remainder person that I’d like to partake of the sacrament. She also explained that, for insurance purposes, the sacrament had to be delivered via transdermal mask, which the carpet pile held in their bare hand.

The mask was black and featureless, covering my forehead, nose and cheeks, leaving my mouth and nose free. In that way, it was the opposite of the surgical mask that had dominated the better part of the last decade. The carpet person held it up, and I said the phrase about the sacrament. Sherry gave a bigger smile as it went over my face. Once the mask was on, someone else led me to the pillows along the wall and helped lower me to the floor.

Like these things often do, the vision started with a snarky expulsion-from-Eden scenario—the primordial precedent of getting fucked. C’mon, man! Really? A million generations murdered for two bites of fruit? The argument blasted through a million generations of discord between creator and created before arriving at blindness itself. What gleaming towers! What fortunes of pure glare—the color of light repudiating the eye. Then the hallucination centered on a phantom woman wearing dirty rubies pilfered from Roy’s ancestors. She was fierce and erotic, almost Genaveve. She was calm and comforting, almost Maud. She corrected me in a single phrase: You’ve spent too much time in advertising, then led me by the hand through the pilfered tombs, carcinogenic offices, and languid afternoons to the peak of this party-trick vision: A ruby on her forehead swelled with blinding blood-red light. Reality itself only held on as a single speck. But I recognized the speck as Harry’s green backpack.

The whole thing lasted about twenty minutes. I started looking around and wondering if I should thank Sherry or just leave. I felt my phone vibrate—Roy texting to say he’d be there in ten.

Around me, financiers and technologists squirmed in their own private hallucinations or recovered. I watched from my own stupor as they tried not to let on how much they’d momentarily lost their shit. Afterward, they had to act like they enjoyed it—same as they did around the oxygen bar downstairs.

I shared the elevator ride back to the main party with a brainiac and a banker. The latter said the shamanic mask could work as a mini-retreat in their offices to make employees fitter and… but she couldn’t finish the thought. I wanted to say more willing tools in the institutionalized psychopathy of the shareholders whom we’re promised we’ll soon become. After a long silence, the brainiac mumbled, more innovative, but his heart wasn’t in it.

Higher, further down the road, far into our future, we’ll see so much to see that what we’ve created destroys us. ~ Tyler Malone 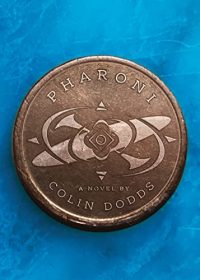 Watch out for or pre-order Colin’s future novel Pharoni now!