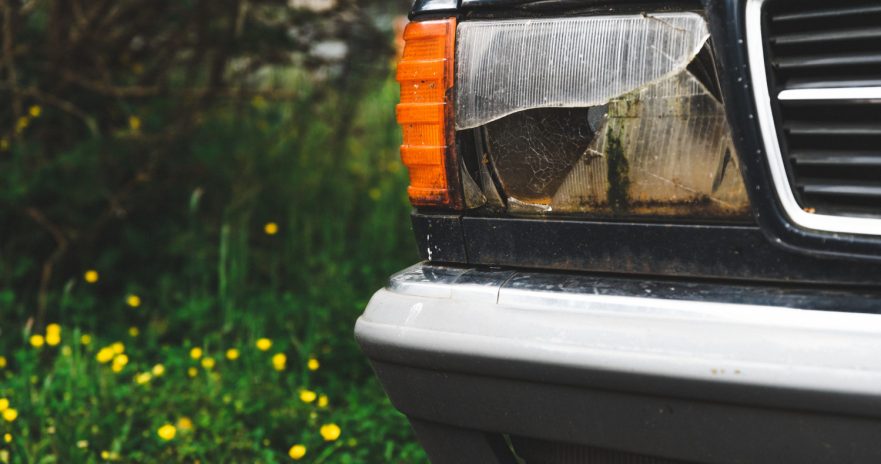 photo "Still Got the Spirit" by Tyler Malone

She was a poet. She lived alone and often caught her muse by walking the streets of the city she called home.

Her friends cautioned her. “You need to watch out, Lily. The creeps are out there. Drug dealers, pimps, and a hundred different kinds of deviants. You’re no match for any of them.”

Lily understood. She was a tiny waif and had experienced her fair share of run-ins, the most recent a three-hundred-pound guy with a shaved head layered with tattoos. She’d gotten away but he’d been able to nick her on the arm with his knife before she outran him. Never again, she thought to herself. Never again.

She knew it was dangerous on the streets, but she was also compelled to be there to write her poetry. And tonight was a perfect night for it with the misting rain and colored lights blazing from the dive bars and cheap pay-by-the-hour hotels. She loved the way the red neon danced through the falling rain drops, a city’s soul illuminated in reflected light.

She grabbed her umbrella and hurried out to the street, composing a poem as she went. The rain settles soft, muting hard edges. The streets are washed clean from the filth of the day.

She walked faster, opening her heart to the city, alive with color, inundating her with more images. Red neon lights up the night, fleeting comfort for the lost and the lonely.

In the rain, she was on fire with words. She was glad she brought her umbrella. She planned to be out for a long time.

Oblivious, Lily splashed through puddles, more words forming: Rain is the life blood of the streets, a harmonic heartbeat thumping to the sound of thunder. Shadows are friends to those who love the night. They greet you…

Suddenly she was grabbed from behind and a tattooed arm crushed down tight on her windpipe, gagging her, choking her. She tried to spin away but couldn’t escape his vice grip.

Stale breath whispered in her ear, laughing, “You’re mine, now, sweetheart. All mine.”

Colors spun as her eyes rolled to the top of her head. She was losing consciousness, but she wasn’t going to give up. Lily gritted her teeth. “Not on your life!”

With a surge of energy, she stabbed the metal tip of her umbrella into his foot, thankful she’d sharpened it to needle point sharpness after that last run-in. The thug screamed and let go. But Lily didn’t run. Instead, she turned to her attacker, stepped forward and stabbed her umbrella hard, jamming the tip with all her might into his soft belly. Then she stepped back and watched as he fell to the street, blood flowing, pooling around him. In her head, her next poem was already forming: She was a city girl at home in the streets, and she was tougher than she looked.

She took out her phone and called 9-1-1. “I want to report that I’ve just been attacked.” She listened. “No, I’m okay, but you better send an ambulance. The guy who did it needs some help.” She listened some more. “Sure,” she said, agreeably. “I’ll wait until the police get here.”

She hung up. Yeah, she thought to herself, she was tougher than she looked. Then another line for her poem came to her: Just ask the guy squirming on the ground.

She smiled. The line said it all. It was perfect.

Common life is violent enough to have an uncommon reaction: creation. ~ Tyler Malone