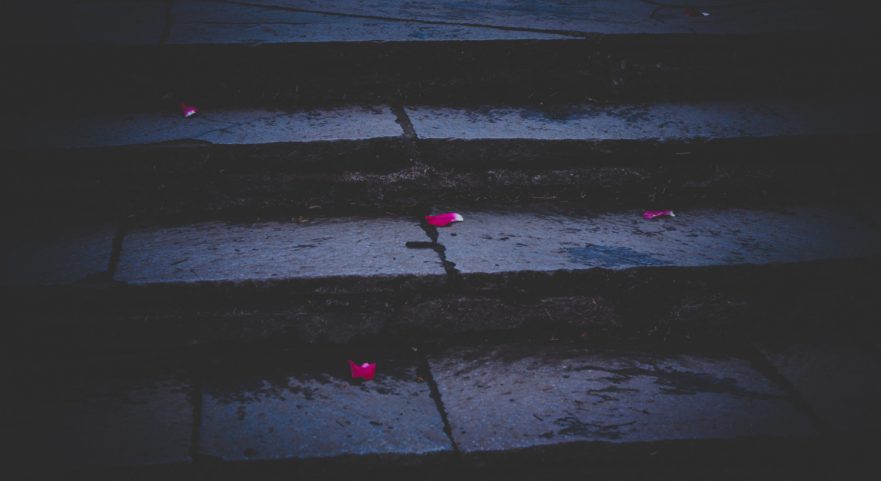 After undergoing a series of tribulations, I promised myself a good start but calamities, the outcome of sheer coincidences, befell me as soon as I had announced my resolve to purge my life of the defeatist stance (which some would call the Fate Syndrome). I pondered over some of the coincidences that derailed my life, whose presence even in fiction would have caused critical outcries, too unbelievable for a cynical audience like the one who denounced Thomas Hardy’s personae.

As soon as I arrived in the United Kingdom to fulfill an academic dream, a political rift occurred between Great Britain and my country of birth. Embassies closed down and financial difficulties became the leitmotif of long years of research. I could not afford any form of recreation during a stressful and arduous phase, not even a discount ticket to watch a film. I could not afford the literary pilgrimage such as that to the Yorkshire moors where the Brontë sisters roamed.

My heart was already broken when I decided to date a potential candidate for hallowed matrimony, but he disappeared. He was beaten until his skull was fractured and internal bleeding flooded his bloated brain. He departed without a single investigation into his death. It was simply called an unfortunate accident.

As soon as my salary was multiplied, after years of living hand-to-mouth, a war broke out between my country and the entire universe. Thirteen years elapsed and we kept on evolving from bad to worse. Inflation burnt our savings out. Access to electricity was a luxury that only the affluent could afford. Bananas became unattainable and contemplated establishing a status in the Stock Exchange among oil and gas. I surveyed my life with the eagle eye and found it impossible to perch upon one peak of happiness over which to rejoice.

I decided to reverse the usual reaction to exasperating events by producing the opposite of the expected effect, such as to laugh at what induced effusive tears and to rob anger of its cutting edge. It was not very long before I was put to the test. I was in the grip of severe pain for days and constant visits to the bathroom wrecked my nerves. Unbidden, tears deluged my face. How can one defy the furies of a physical ailment by laughing at its excruciating pain? How can one blunt the anger one feels at being deprived of a much-needed inheritance? How can one smile despite one’s impotence? I serenely viewed my face—a chart of derailed paths—in the mirror and resumed partaking my share of existence.

The end isn’t where you see yourself, it’s seeing yourself with every step you take heading to where you never thought life could exist. ~ Tyler Malone