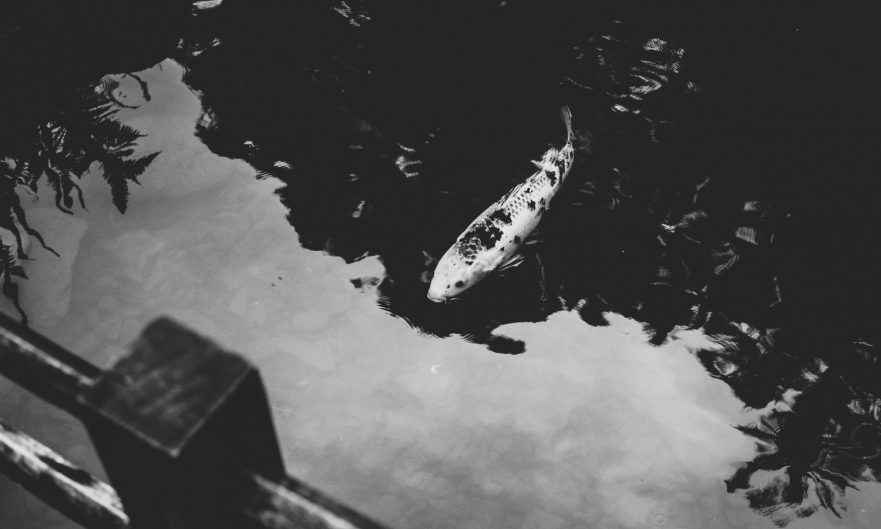 Wes Coleman had been ducking my phone calls ever since his wife and kids left town. Everyone knew he and Carin were having problems, but when a week passed and she didn’t come home, the gossip started to spin out of control.

Rumor had it, one of them was having an affair. Wes had started drinking again and was in danger of losing his job at the paper mill. Carin was a shopaholic who’d racked up thousands of dollars in credit card debt. The bank was foreclosing on their house.

Their kids were juvenile delinquents.

Growing up, Wes and I made a habit of cutting school whenever trouble hit. We’d dump our backpacks and spend the rest of the day with our poles in the water, praying for a bite.

I figured it was time for another fishing trip.

Rain pelted my windshield as I drove to Wes’ house. Catfish hate sunlight, but when it’s dark and rainy, they swim to the surface. My truck was packed with poles and tackle gear, the boat hitched to the tow. A cooler of beer waited for us in the cargo bed. I let myself into Wes’ house with the spare key from under the flower pot next to the front door, took my boots off like Carin had scolded me to do a hundred times, and wandered into the living room.

Photos of Wes’ family dressed in matching holiday-themed outfits adorned the walls. A muted weatherman talked on the TV. An unfinished puzzle sat on the coffee table. Wes, still wearing his pajamas, stood staring out the living room window with an empty mug in his hand.

“Didn’t you get my voicemails?” I asked, eyeing the puzzle. Someone had put the border into place, although there weren’t enough pieces fitted together to tell what the puzzle’s picture was supposed to be.

Wes nodded towards the kitchen. “There’s a fresh pot on if you want some.”

“Sure, but what about getting dressed? Those catfish are practically jumping out of the lake today.”

Wes grunted. “Assholes, I’m gonna catch them in the act.”

“You’ll see,” Wes said. “I’ve been waiting for the right opportunity. All I need is proof.”

“Why don’t you get dressed,” I suggested again. “I’m sure they’ll come home soon.”

I walked over to the window and stood next to him. Besides the rain, everything looked like it always did.

But I knew better than to poke Wes when he was in a mood. I went to the kitchen, where I found a sink full of dirty dishes and a stack of empty pizza boxes piled on the countertop.

I sniffed the suspicious brown liquid in the coffee pot and poured it down the sink.

“They’re here!” Wes yelled from the other room.

I set down the coffee pot and hurried into the living room. Carin would want me to leave so she and Wes could talk things out. At least I’d get a chance to say hello to the kids first. But her silver Toyota Corolla wasn’t parked in the driveway.

“There they are.” Wes pointed across the street at a man dressed in a rain jacket and boots, accompanied by a muscular Rottweiler. Twice, the dog tried to bolt away from its owner to chase a squirrel and was snapped back by the leash attached to its collar.

Wes put a hand on my shoulder. “A new family moved into the place across the street a few weeks ago. The guy likes to walk his dog every morning before the rest of the neighborhood wakes up. Look, here they come.”

The Rottweiler strained against its leash. It stopped to pee on a few mailboxes, then surged across the street, dragging its owner after it. When they got to the sidewalk, the man snapped his fingers and motioned for the Rottweiler to sit. The dog obeyed, and the man gave it a treat from his pocket.

They continued walking, until the Rottweiler suddenly stopped, squatted, and pooped on Wes’ lawn.

“I’ve got them now!” Wes yelled, sprinting out the front door.

I followed him outside, pausing on the front stoop as Wes screamed at his neighbor.

“What kind of world do you think we live in that you can leave your dog’s shit on somebody else’s lawn?”

The man shrugged his shoulders. “I didn’t have a bag.”

“You never have a bag!” Wes shouted. “I’ve been stepping in dog shit every morning and I’m not putting up with it any longer!”

“Sorry,” the neighbor said. “Seriously, it won’t happen again.” The man started to walk away, the Rottweiler pulling hard on its leash.

“Hey, dickhead!” Wes shouted, but the man didn’t turn around. When he got to the stop sign at the end of the block, he turned down a side street and disappeared from view.

I shivered and pulled my jacket tight against my body.

Wes stared down the street at the place where the man and the dog had just been, oblivious to the rain soaking him.

Then he was off, running across the street to the neighbor’s house. When he got to the man’s lawn, Wes pulled down his pajama pants and squatted. I looked around for someone who could stop him, but we were alone.

Lightning flashed in the distance, followed several seconds later by a crack of thunder.

I wanted to remind Wes that we were grown men with jobs, responsibilities, and families. But the smile on his face was so bright and stupid, I couldn’t help but laugh at his bare ass. I pictured him at twelve years old with a flopping catfish hooked to his line and the same goofy grin plastered across his face.

“Come on, let’s teach this jerk a lesson!” he yelled, grinning like a lunatic as the rain poured down on him.

“We’ll go fishing later!” I laughed again and went inside to get a bag.

Life starts young and goes somewhere far off, but it never goes too far from those who still remember when they were young. ~ Tyler Malone

A bit about Markko: Logan Markko lives in Michigan with his wonderful wife, their baby son, and a 90 pound American Bulldog named Sam.