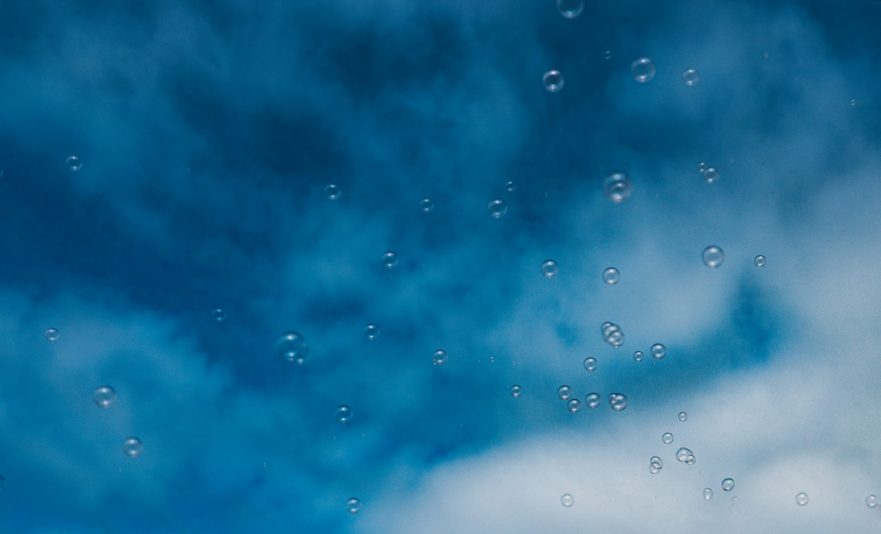 photo "From Above, A New Below" by Tyler Malone

Attacus atlas. Southeast Asia. Attacus moths are frequently misidentified as birds owing to their large wingspan of up to twelve inches. However, sightings of the moth are uncommon.

Celeste inched closer, determined. A moth of seemingly impossible proportions flitted among the trees in the tropical forest of the Malay Archipelago. She had been tracking the Attacus for several hours. The already dim forest darkened as the sun lowered. She wiped her face with her forearm. It left an ecru smear of sweat and dirt on her sleeve. She took one step closer. Her foot snapped a branch. The giant moth lifted into the air and fluttered deep within the trees.

“Dammit!” She slumped to the ground, clutching her cramping stomach. No lepidopterologist wants to lose the moth so necessary to her research, Celeste least of all. But neither could she bear to sleep another night on the wet ground under the forest canopy. Brushing away tears, she conceded defeat and struggled back to camp, arriving long after dark.

Her fellow researchers engaged in raucous laughter around a coconut-husk fire. Night creatures howled as shadows danced through the palms. Exhausted and discouraged, Celeste slipped into her tent.

“Knock, knock,” a husky voice called. “Just how do you knock on a ladies tent?” Trevor chuckled.

“Come on in,” said Celeste.

Trevor had acted the least perturbed by her last-minute inclusion in the expedition of four men.

“A good sighting, but I couldn’t get anywhere near. Skittish. Or perhaps it was toying with me.”

“Butch obtained his specimens. Lars as well. Maybe they can help you.”

“Not at all! Can you imagine the ribbing? Everyone already thinks I’m too delicate for Borneo.”

“No one thinks that, Celeste. But we’re all concerned. You’ve been through so much.”

Trevor nodded and backed out of the tent. A lantern cast warm, amber light into the space he left. Celeste placed her hand on her stomach, over the pain, still healing.

“Wait, Trevor,” she called out.

He stuck his head back into the tent.

“I’m sorry. You’ve been nothing but kind.”

The men retired and the laughter faded. Celeste lay on her cot, the air thick and heavy.

Even with the tent flaps open, tropical heat accumulated, making it difficult for her to sleep. She stepped into the night in search of fresh air. The moonlight glowed from behind the jungle canopy. Bats flew and monkeys screeched. Embers from the cooking fire sputtered. The scent of overripe fruit and rotting foliage hung on the humidity. She stepped to the edge of the clearing.

She wasn’t supposed to be in Borneo. She should have been home giving a late-night feeding to her new baby. She had carried the infant for nine months, unaware his head was growing too fast, too big. Macrocephaly—a condition she wished she never knew anything about.

The baby had ripped through her on a winter day before anyone could come to her aid. She’d held him in a puddle of blood on the bathroom floor until the sirens fell silent in front of her house. Men rushed the baby away, shaking their heads, before they attended to her.

She held the baby only once again, three days later. His large head flopped unnaturally over her elbow as she placed him in the tiny padded box before she collapsed in a heap on the chapel pew.

The Borneo expedition promised an escape from the condolences of others and her own self-pity.

“You’ve earned it with your research,” the institute director had said when she applied to go, “but we’re worried about you, Celeste. The location is very remote.”

He only relented after several rounds of pleas.

Celeste’s stomach still cramped at times, as if a ghost baby was urging her to push. Her arms ached from emptiness. She flinched at the lingering images in her mind. The solitude of the jungle and the physical demands of the expedition provided a diversion from her incessant thoughts. Who was the child born of her? What kind of person would he have become? What did the world lose when he died? His lips had never touched her breasts. When she let her thoughts run wild, they were unbearable.

Propped against an oil palm, Celeste woke to the faint hint of morning light. She had dozed while thoughts of her baby slipped into her dreams: light wispy hair, wrinkled skin, a head of seemingly impossible proportions.

The moth startled her. It was dead on her stomach, perhaps the same moth she’d tracked the day before. Its delicate wings, a reddish brown, bore a pattern of black, white, pink, and purple lines and triangles. The wings filled the entire surface area of her abdomen. Why had the moth chosen her belly for its final flutter?

Celeste contemplated the moth’s brief life. The Attacus atlas emerges from its eleven-inch cocoon. It is born without a mouth, is unable to eat, and can only survive for a few days on the nutritional reserves stored as a caterpillar. Every flight shortens its already limited lifespan.

It was as if the moth came to her on its last reserves, knowing how much it would matter to her.

Celeste stroked the moth gently, taking care not to tear its silken wings. Its body rose and fell with her breath, its wings shimmered on the slight breeze. Celeste spent an hour observing its abdomen and thorax, its compound eye and antennae. Instead of tears, she felt waves of gratitude for its life, however brief. That the moth had existed. That it had shared its space in the world with her.

“Hey, you’re up early.” Trevor’s voice called from behind.

“Attacus,” she said, pointing to her belly.

It’s easy to hope that you can heal in the same place where hope ended. But sometimes, you need to go. And go far. Far enough to come back to yourself. ~ Tyler Malone

A bit about Kathy: I am an artist, musician and writer from Boise, Idaho. I play the saxophone and flute, and own a catering business. Two days after retiring, I left to live in Indonesia for six months to study the cuisine. Much of my writing is set in Indonesia or Malaysia. I have previously published in Spillwords, Friday Flash Fiction, and Reedsy.