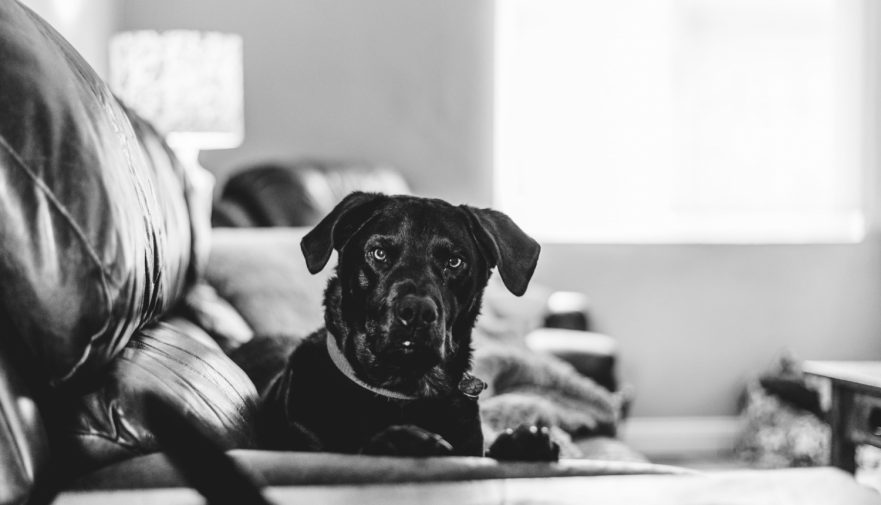 photo "Look Into My Eyes" by Tyler Malone

Peck, peck, peck, the noise is growing louder, more persistent, as though whoever is outside wants to be seen. I glance at my alarm clock, it’s 1:00 am. Perhaps it’s my brother. He sometimes drops by after a drunken night out on the town, waking me in the wee hours, asking to be let in, saying something about not wanting to wait in the cab line to get a ride home. I exhale, it must be Simon. I step towards the window and pull back the curtains. In the glow of the sensor light, I spot, not Simon, but a blackbird with white eyes standing on the window sill. I jerk backward, clutching my throat. As I watch, he starts peck, peck, pecking his beak up against the glass again. Then he spreads his wings across the windowpane, making it impossible for me to see into the outside world.

“Shoo,” I say, “shoo, shoo.” I flick my fingers forwards, “shoo, shoo.” In response, the bird hops up and down, flapping his wings. “Caw, caw,” it screeches, “caw, caw.” Yikes, my heart thrashes in my chest. What the hell? The bird pecks the window again, peck, peck, peck. I hear a crack and scream. Good God, it’s breaking the glass. I spin around and bolt.

Eight hours later, I wake-up in my bathroom, the only room in my house without windows, the perfect hiding spot. I stand up, rub my stiff arms and legs, then open the door and peek out, it’s daylight. I listen, but can’t hear a thing. The bird, I assume, I hope, is gone. The phone rings, and throwing an anxious look over my shoulder, I walk to the kitchen and pick up the receiver, “Hello,” I say.

“Old Rex,” I repeat, taking a moment to register her words. Old Rex was a dog, a large Alsatian who resided with his family down the street. Over the past he’d taken to escaping his yard and prowling around the streets, growling and snarling at anyone unlucky enough to cross paths with him. About six months ago, I had such an occurrence. It happened on my driveway as I washed my car, suddenly he was there, barking and snapping his razor-sharp teeth, backing me up against the boot. Mr. Grove, Jenny’s dad, heard the commotion and came running. Using a hose, he sprayed Old Rex with water until he ran off. The next day, he started a petition demanding Old Rex be taken to the vets and destroyed, he was unsuccessful. “Was the dog poisoned?” I asked.

“No,” Jenny replies, “he was attacked by a crow. His family found him this morning in his dog house with his eyes pecked out. A crow was standing nearby with blood and gooey stuff all over its beak.” She cleared her throat. “That’s not all; the poor dog had clusters of white feathers sticking out of his eye sockets.”

A flutter starts up behind me, and a black shadow passes across the ceiling. I suck in a mouthful of air, and on trembling legs, I turn around. Perched on the kitchen table, I spy the black crow from last night, and hovering on either side of him, my two doves, Glen and Glenda. All three have blood-soaked red beaks. The crow steps forward, tilts his head to the side, and starts shaking, almost like he’s laughing at me. How did he sneak into my house? I glance around the kitchen and notice the window next to the fridge open. I must have forgotten to shut it before bed last night. Yes, I nod my head, that’s what happened. The crow flew in, then unlatched Glen and Glenda’s cage door, aiding their escape.

The crow has a round pebble in his mouth. He plops it on the table. I lean in to take a closer look. The little stone is brown with a black spot on it. I shriek, the phone in my hand smashes to the floor. It is not a pebble, it’s a, oh my God, it’s an eye. I gag, covering my mouth. Could it be Old Rex’s eye? “Caw, caw,” the crow squawks, hopping closer towards me. Glen and Glenda glance at one another and copy him. Holy crap, the truth washes over me, the crow didn’t attack Old Rex alone, Glen and Glenda were in on it too, and now the three of them are coming after me. Cover my face, I think, protect my eyes, but it’s too late, three sharp beaks strike at once, the first peck above my eye, the second peck below, and the third, smack, right in my pupil.

Nature, neighbors, they’re all in it to do you in. ~ Tyler Malone

A bit about Melissa: I’m a Australian based writer. I have had stories published in AntipodeanSF and Five Minutes. I also contribute blogs on medium and connect with readers through my Instagram account.