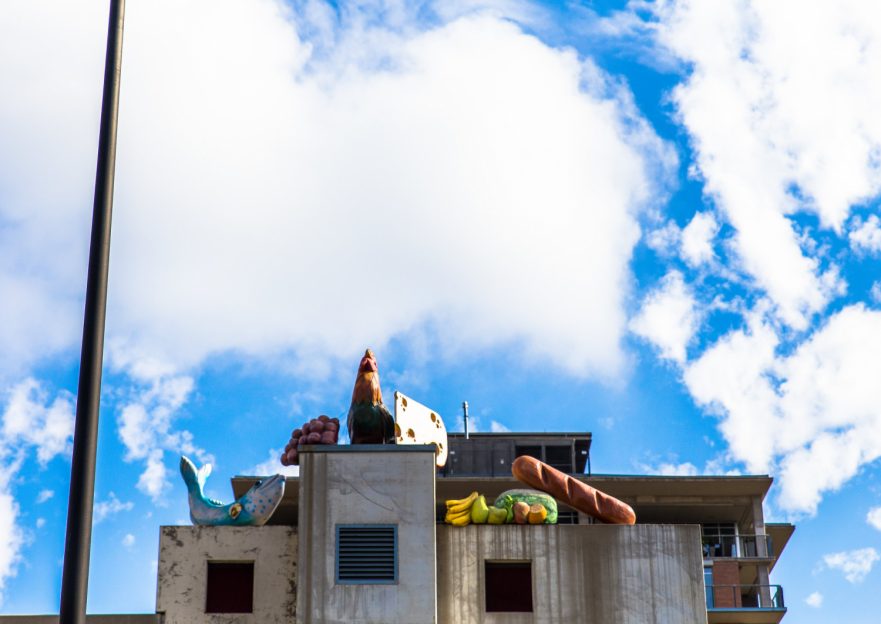 photo "A Little off the Top" by Tyler Malone

Gary Samson slammed the door behind him. He was upset and in pain as a result of what just happened. Stepping off the sidewalk in front of the building, he hustled to his car. Flinging the door open, he turned on the radio and looked in the rear view mirror. The reflection caused tears to run down his cheeks. Never wanting to look up again, he buried his head into his arms which were crossed on the steering wheel. Then he heard a voice coming from the radio.

“At Corn Flower Clinic we can identify what troubles you. We find the source of your pain. When you come to us, we give you a thorough examination before performing treatment. Your welfare is our only concern. Come see us, we’ll make it better. We’re really good.”

Raising his head, Gary typed the clinic’s name into his GPS, got the directions and headed out of the parking lot. While he drove, he dried his tears and blew his nose. When he arrived, he was about to dash into the clinic, but thought, “Oh no, anybody sitting in the waiting room will see me.” Afraid he might scare people, he hesitated to go in, but he needed to know what his condition was and how to make it better.

He opened the clinic door and approached the receptionist. She smiled and said, “Welcome. What seems to be your trouble, sir? Do you have insurance? Let me see your card. I’ll scan it. You can sit over there.”

Answering her first question, Gary said, “Isn’t it obvious? Look at me, I’m in pain.”

Handing back his insurance card, she said, “I’ll get you right in to see the doctor.” As Gary was about to sit down, she said, “Excuse me, you have a twenty dollar co-pay, due now.” He forked over the money.

Gary wondered, “Should I tell the doctor what happened? Will he figure it out without me having to go through that trauma again?” He wasn’t seated for long when he heard, “Gary, please follow me.”

The nurse led him into the examination room. A tall, gray haired man, wearing glasses and a white coat, waited. “I’m Dr. Cutter. I understand you are in pain. Can you tell me about it?”

Gary thought before he spoke, “How can he not notice? A blind man could see what’s causing my pain. Maybe I’m in the wrong place.” Having paid, it was too late to leave, so Gary said, “Doctor, look at me. You’d be in pain too if you looked like this.”

Dr. Cutter then examined him from every angle, saying nothing. That made Gary nervous. He said to himself, “Maybe it’s worse than I thought.” When Dr. Cutter concluded his exam, he said, “This is a bad one. Worst I’ve seen.” Gary’s gut tightened.

The Doctor continued, “This condition has been known for years, but it’s one you rarely see anymore. There is a name for the source of your pain. It’s called a regular boy’s haircut. The good news, your hair will grow back.”

Relieved, Gary mustered a half smile and thought, “Boy, this guy is really good.”

This cut will go deep. Deep and forever. ~ Tyler Malone

A bit about Edward: Edward N. McConnell is a happily retired trial lawyer, a former adjunct professor of trial advocacy and a former State Archivist of Iowa. He started writing flash fiction and short stories in 2020. He enjoys a good story with a twist and tries to write one every once in a while. His flash fiction and short stories have appeared in Literally Stories, Terror House Magazine, Refugeonlinejournal.org, Mad Swirl and, soon, in Rural Fiction Magazine, Drunk Monkeys, and Down in the Dirt. He lives in West Des Moines, Iowa with his wife.