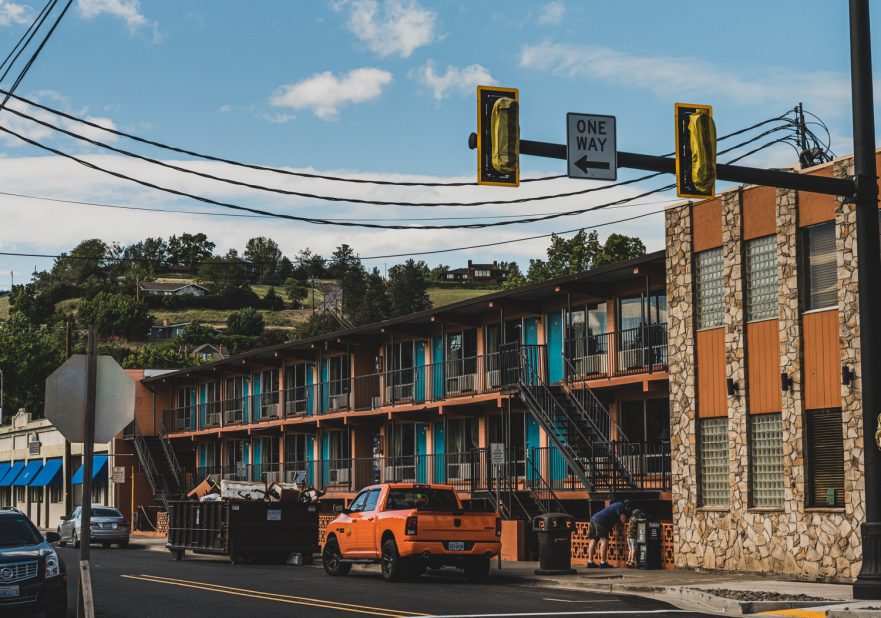 I met Mr. Pereira one foggy morning. The building where he stayed was a long walk from mine; the icy wind constantly brushed against my cheeks and chest as I walked down the dimly lit pavement.

When I finally reached the building, I couldn’t see it as it had slipped behind a thick blanket of fog. I hesitated for a second before slicing through the blinding white curtains. A staircase, polished and winding, awaited me on the other side. It led me to the first floor, which had one large flat at the end of a long corridor. A sole bulb guided me to the flat where he stood, holding a large key the size of a decayed tree stump. The light flickered but Mr. Pereira stood still. In the fading brightness, I saw the scar. Or was it the scar that spotted me? I couldn’t tell, but once I saw it. I couldn’t take my eyes off it. It was thin and light brown and it partitioned his wrinkled tanned face as one would neatly slice open a watermelon. The key, in proximity, resembled a gnarled bone. Wordlessly he led me inside where ivory-colored walls, gray sofa, and wooden cupboards greeted me. The furniture was sparse, but every piece was in its designated place, like organs in a human body.

Just as I finished approving the classic white cabinetry with stainless steel cookware, stove top, and an unspoiled dishrag in the kitchen in my head, I heard a voice, more like a high-pitched squeak.

“There is only one condition: you have to move in tomorrow.” Said Mr. Pereira.

“But…” I started but stopped as soon as I felt the disapproving glare of the scar upon me. “But…” I began again, deliberately turning away from the scar, when another high-pitched squeak interrupted me and my thoughts.

“It’s cookie time, everyone.” It was Mrs. Pereira. But I didn’t notice a petite woman that thrust a plate of cookies with big chocolate blobs on my hands, only her long, thin scar. Now there were two scars, I thought, and nervously took the cookies and ate them. Once I bit into their chewy parts, I couldn’t stop. I went on until the warm, oozy chocolate coated my tongue and quelled my doubts.

The two scars meant business. Soon the contract was formalized, a deposit was transferred, and the leathery bony key was mine.

The fog accompanied me on my moving day and the wind whistled into my ears as I hauled my suitcase to my newly rented place. I couldn’t tell if it was of approval or otherwise.

Just as I was arranging my succulents in my study corner, there was a knock on the door.

It was Mr. and Mrs. Pereira. The scars grinned at me. Staring at their geometric faces, my stomach ached. It was for those cookies. God knows what was in them, but the memory of their taste wouldn’t go away; like the scars, they were carved to my memory, taste pathways, and appetite control.

“We are having a dinner party. Why don’t you join us?” The scars had spoken again. Who could refuse them? So, I said yes.

Their flat was roomier than mine, and it was lit by rows of flickering candles. They led me to the living area, where a sprawling table stood at the far end, and in the center was an enormous plate of cookies.

My stomach did a little jump and leap.

“Go on, help yourself.” They said.

“What about your other guests?” I asked the scars.

“Go ahead, please.” The scars chorused.

The cookies tasted better than what my memory remembered. I could eat them endlessly, and I ate until Mrs. Pereira walked in bearing a cake in her petite hand.

“Dear, can you take this cake for Mrs. Matroyshka? She is too old to join the party. Besides, she loves a good Bundt cake.” She said.

The scar had spoken, and I obeyed.

I tottered and swayed on my high heels as I carried the Bundt cake to Mrs. Matroyshka’s flat on the third floor. I knew I had to reach before the sugar rush from all the cookies caught up with me. When I reached, I tapped on the door and waited. I could hear nothing, not even the beating of my heart. I tapped a little louder. The door cracked, and a large red-faced woman poked her head out and screamed. “Go away, I hate Bundt cake.”

“I…” I began when a bulky arm holding a large broomstick thrust out and thwacked me on my head twice. Thwack, thwack.

“Is she undead yet?” A voice squeaked.

“The way she chomped through those cookies, I would like to think so.” It was Mr. Pereira.

“I had told Mrs. Matroyshka a million times to use a wooden broom and not a metallic one. It’s just our luck that this one has a strong noggin, like us. No one wants to use bodies with crushed skulls for occult ceremonies.” Mr. Pereira grumbled.

“She is certainly better than the earlier tenant. Remember that gangly business owner? His head had split open like an egg.” A shrill voice said.

I wasn’t certain if my eyes were open or shut, I even thought I could spot a harlequin at the carnival. Scars galore pranced before my eyes. My head felt like a ball of fire and my stomach twisted like a serpent. Those cookies. I wanted them so badly. I gently ran my fingers down my head and face. I could feel bumps and lumps. A mirror would be good, but you know what could be better? A full deposit refund from Mr. Pereira. The funny thing was I didn’t think it, it was my scar that did.

A bit about Roopa: Roopa Menon likes to type all her stories on her phone. When she is not busy chasing after her 8-year-old daughter or dreaming up stories, you will find her buried in her kindle, staring into space, or reading tarot cards (not necessarily in that order.) Some of her short stories have been published in Corium Magazine, Bright Flash Literary Review, Tiny Molecules, Fewer than 500, and elsewhere. Her middle-grade fiction, Chandu and the Super Set of Parents, has just been published by Fitzroy Books. She lives in Dubai, UAE.