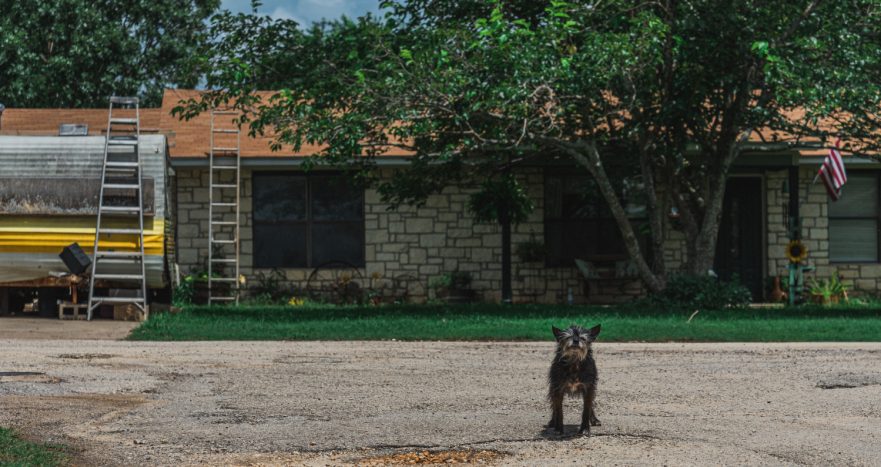 photo "On the Prowl" by Tyler Malone

A tandem bicycle was the last thing Liz and I bought before she left me for her personal trainer, a muscle-bound guy named Zeke.

“I’m never coming back,” she told me as they drove off on his Harley.

Except, I did care. I missed her a lot; for a while anyway. But then I got to hate how I was feeling, so I made a fateful decision: No more relationships with women for this guy. No way, no how. Not ever. I didn’t want to get hurt again.

Heartbroken at losing Liz? Absolutely. Moving on? Most definitely. I sold the tandem and bought a brand-new bike. Five-speed beach cruiser, cherry red with white-sidewall tires that’s got a basket in front so Libby can ride with me. That’s right, Libby. She’s my new gal, a sweet little, cinnamon colored, long hair Chihuahua. I adore her.

Some of my friends think it’s odd, if not a little sad, that I’ve said “No” to women for the rest of my life, but too bad for them. I’ve fallen head over heels for Libby. For one thing, she’s really loyal, which is important to me especially given the recent past with my former girlfriend. (Who now and forever shall remain nameless.) I mean really, who needs all those bad memories when I’ve got Libby?

I work from home, so I don’t have to worry about leaving her for long periods of time. And when I go shopping, I’ve got a baby sling that I carry her in close to my chest. Most people think it’s adorable, and those that don’t can go take a long walk on a short pier for all I care. The important thing is that we’re together. I hardly ever get lonely and when I do, we go for a bike ride. She loves being in the basket and feeling the wind in her hair, especially when I put a nice, soft blanket in there for her to sit on.

I look into the future and I can see a long and fulfilling relationship with my sweet little Chihuahua. I’ve even started to snack on kibble when we’re hanging out together. It’s pretty good, and I’m positive Libby doesn’t mind. She likes to see me happy. I can just tell. Like I do with her. She loved the Westminster Dog Show on television we watched together earlier this year. It’s like we’re on the same wavelength or something.

In fact, I’ll let you in on a little secret: My former girlfriend has been trying to get in touch with me. Yeah, really. Eyeball rolling time. But when my phone rings, or I get a text from her saying she’d like to get together for coffee and “Talk” as she puts it, I just can’t get fired up. Who needs the aggravation when I’ve got Libby?

I ignore my ringing phone while Libby sits in my lap and licks my face and we chat, sometimes for hours. I like how she listens to me and doesn’t give me a hard time. I’m even teaching her tricks. Her favorite is rolling over. I had to show her how to do it, though. Many, many times. I think she thought it was pretty entertaining, me demonstrating the proper technique. After a while, I did, too, when I thought about it. Me and her rolling around on the floor of my apartment. Kind of funny. So, really, what’s not to love about her? She’s all I’m ever going to need.

Now, if you’ll excuse me, we’re going for a bike ride. And when we come home, we’re going to curl up on the couch and relax with some kibble and watch reruns of Lassie. There’s no doubt in my mind, it’s going to be a great time.

Love redefined is true love no matter how many times you redefine it. ~ Tyler Malone