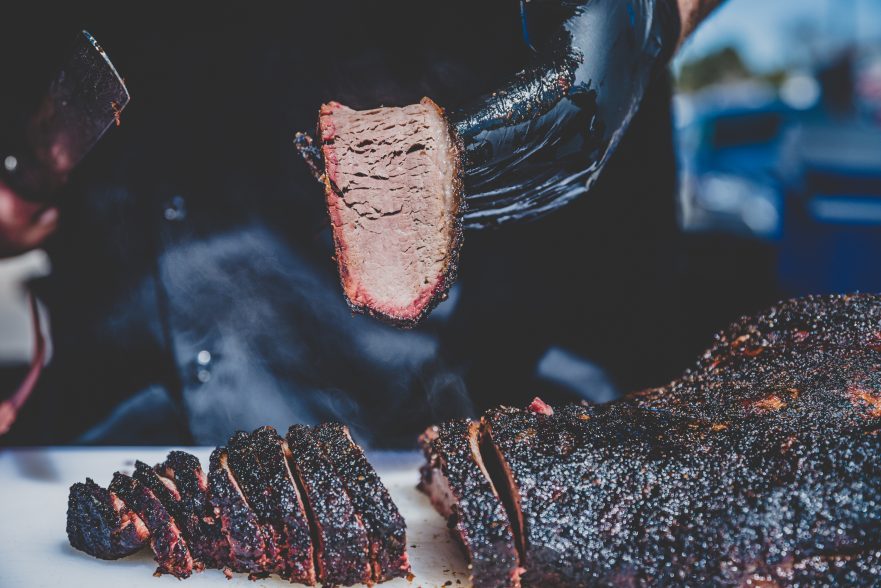 photo "Come Meat Us 'Round Back" by Tyler Malone

Joe Willy finished filling up his pickup at the self-serve pump and headed toward the store with a grimy twenty-dollar bill. He stopped short and whistled.

“Whoa there, Ray Dan, where’d you get that shiner?”

Ray Dan shuffled his feet. “Aw, I was defending my mother’s honor. Your mother’s, too.”

“Howzat?” Joe Willy didn’t wait for an answer. “You didn’t get thrown out of Smokey’s, did you? Crap, it’s the only place with cheap beer we’re allowed in.”

“Aw, nuthin’ like that. I was minding my own business, doin’ some shopping, ya know.”

“Well, I had some time to kill before my next, um, business appointment, and stopped in the Ace Hardware, ya know the one at the circle in Warner Robbins?”

“That’s a nice hardware store.” He took a step back and leaned on his truck; Ray Dan took a long time to answer the simplest of questions.

“Yup, that’s the one.” Ray Dan removed his stained ball cap. “But it’s not like last time.”

“What was it last time? Your toggle bolts verses drywall anchors argument? Remember, that didn’t end so pretty. What, did you get into an argument about grade 3 verses grade 5 bolts? You gotta stop messing with people when they’re just buying stuff.”

“Aw, it wasn’t like that. I was defending honor. Honest. Ya been to that Ace, right?”

Joe Willy took a deep breath and exhaled. “Ray Dan, I been to every hardware store in a hundred miles. It’s called recreational shopping. You know that.”

“I was jus’ checking. But ya know the store, right?”

He closed his eyes. “Yes, it has a rack of spices when you walk in.”

Ray Dan straightened up. “That’s the one, yup. Not just ‘a rack,’ but ten feet of shelf. And that’s where it went down.”

“Defending your mother’s honor at an Ace Hardware store?”

“Yes! ‘Xactly.” I grabbed a bottle of Jack Daniels No. 7 Chicken Rub. Well, ya know, ya jus’ can’t have too much barbeque rub on hand, and this dude says to me, ‘Put that stuff back, you don’t want that,’ and hands me this thing of Traeger rub.”

“And I might have said somethin’ to him and maybe called him somethin’, but that’s not important. What is important is that after I shoved him, he got all up in my face, ya know.”

“And how is this defending your mother’s honor?”

“What did ya have for supper last night?”

“It’s Saturday. Of course, I had barbequed chicken at Momma’s last night.”

“And what did ya Momma put on it?”

“I know. And here is this big dude disrespectin’ my Momma and her chicken. Yours, too. Anyhow, he was a really big dude, but that don’t matter. I took a swing at him, and it didn’t faze him. Then he dropped me like a bad habit. Never saw it coming. Bam! I was gonna to get up and let him have it, but I couldn’t ‘xactly get up, so I crawled away to the door. Thought maybe I should deal with him another day.”

“So, you slugged a guy over chicken rub, and he decked you.”

“Yeah, that’s about it, but it wasn’t just any chicken rub, ya know. Oh, I didn’t get the bottle of rub. Maybe I should wait a few days before I go back to that Ace.”

“Sounds like a good idea. I gotta go pay for my gas.”

“Don’t be in such a hurry. I hear there’s been some new people playing pool at Smokey’s. Might be a good chance to hustle up some money. You in tonight?”

He tried to answer, but Ray Dan was on a roll, and he didn’t have a chance.

“Ya go and pay for your gas. I’ll come get ya around 8 tonight. I did defend your Momma’s honor, after all. Jus’ don’t tell your wifey this time.”

Joe Willy watched Ray Dan jauntily walk to his rusted-out pickup. He needed to get some better friends.

It’s not a cycle of violence, it’s a cycle of defense in the name of the women we love, not the monsters we are. ~ Tyler Malone