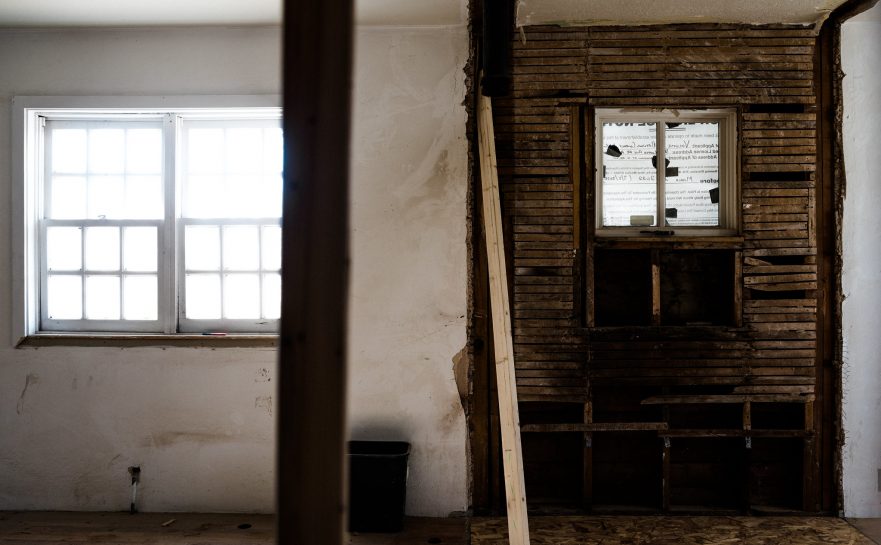 It’s not a question of leading. It’s not a question of allowing the other person to be the lead. It’s just a matter of walking. And eventually the right things start to fall into place. I don’t really know how I’m doing what I’m doing. Or I can at least pretend that I don’t know how I’m doing what I’m doing. But I don’t now. It’s kind of a mind game. And I think it actually helps me complete my objective. Though I really don’t know. And I really don’t know how I would know. It’s just one of those things. There are things you do. And there are things that you know about that you do. And then there’s this. Whatever the hell this is.

I’m seeing her. But she’s not seeing me seeing her. Or if she sees me seeing her, she’s not actually acknowledging it. Not in any real sense. Not in any real quantifiable way. She’s just doing what she’s doing. And she probably feels good about it. Like she’s on her way out to work or something like that. Which would make sense given where she is right now. Given the time of day. Given the way she is dressed. And then I walk away. The more you look at someone the more they tend to notice that you’re looking at them. At least that’s what I think. I don’t know. And I don’t know that it would matter a whole lot but she would really benefit from knowing that I’m looking at her. And I don’t know that she would really benefit from knowing that she’s following me.

It’s weird. Not actually directing your own movement. This sort of thing would be a lot more dangerous if we were in cars or something like that. But right now we’re in buses. Or rather…we’re on a bus. Likely have been. Like we have been so many times before and the recent past. I’m sure she knows she’s on a bus. She just doesn’t know when she’s getting off. Because she thinks she’s getting off at work. And in a sense she’s right. But it’s not her work that she’s getting off at. At least not right away. It’s my work that she’s getting off at. And she’s going to come to understand that. But not right away. By the time she realizes what’s going on, she will have forgotten about it. That’s really the way it works. That’s the way this whole thing works. It’s perfectly OK. It’s perfectly fine. No one gets hurt. At least no one that I know about. Or at least no one that I know personally.

I like to think that she’s a willing participant in this whole thing. She doesn’t know that it’s happening. Because she could like walk away at any time. But she doesn’t. I get off the bus. She gets off the bus. I happen to know that it’s quite a ways from where she works. This bus stop. This bus stop at my work. And she’s following me. But I think I can almost say with absolute certainty that she knows that she’s following me now. But I’m not certain. I’m not absolutely certain. They could all be in my head. Hell this whole thing could be all in my head. I would be really happy with that. I figure it would be fine. But I don’t know. I don’t know one way or another. And it kind of upsets me. Or it would kind of upset me under other circumstances. As of right now, I just don’t know. And there’s a part of me that doesn’t want to know.

And we’re at the destination. Or at least we’re at my destination. And it’s not like they’re screaming or there’s blood or anything like that. It’s not like it’s an overly negative place to be. I don’t really know that there is sweat or discomfort or anything like that. I just know that everything‘s going to be fine. In a few moments time, we’re all finished with what we’re finished with. And things can get onto the way they were. She’s off to the office. I’m trailing her at that point. Maybe she’s leading me. And I like to think that maybe in some sense I’m actually going to work at her office too.

Maybe I just don’t know about it. But I know better than to think that I would be working at her office without her realizing it. I mean, it would be kind of funny. She doesn’t know that she’s working with me. I don’t realize that I’m working with her. That would be kind of funny. And I like to think that’s actually the way it works. Even though I know it’s not. Or at least I’m fairly certain that it’s not. Just the same, I will get a cup of coffee. And I will pretend like I’m working when I get back, when I get back home. To my computer. I will pretend like I’m working. And maybe if I think about it hard enough I can fool myself and I think I’m working with her.

This is us, out in the world, looking for a way in, always and forever. ~ Tyler Malone

A bit about Russ: Russ Bickerstaff is a professional theatre critic and aspiring author living in Milwaukee, Wisconsin, with his wife and two daughters. His short fictions have appeared in over 30 different publications including Hypertext Magazine, Pulp Metal Magazine, Sein und Werden, and Theme of Absence.