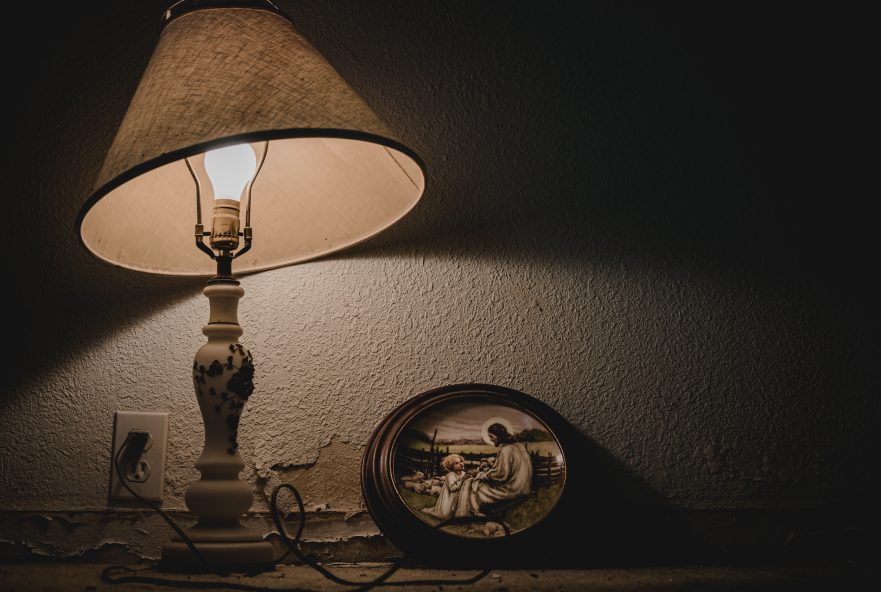 photo "It's Lit, Who's Home?" by Tyler Malone

Silence. Matt anguished these situations when natural conversation came to an end and eyes met like magnets drawing the gaze with repellent retreat.

His stomach rumbled like thunder, causing his thoughts to inflate. Filling his head with heat he didn’t need.

Can she hear me thinking? Matt thought with himself. The paranoia galloping up to his ears. I think she can hear me. Can you hear me? He screamed inside, beside himself with disquiet.

Matt hated first dates as much as he was hopeless with women.

Why was she twirling her hair around her finger? Did it mean she was bored? He was sure she was bored as she kept looking about the space between them.

It was clear from his own perception of her that she wasn’t into him. He was always good at determination. He had been mulling over what to say. Knowing in his own mind what her reply would be.

Matt looked at Allison. Her blonde hair cascaded from darker roots with a series of plaits woven against the left side of her head. Her earthy brown eyes buried him. The strap of her green dress kept slipping past her shoulder and she kept sliding it back up, tilting her head as she smiled demurely back at him.

His eyes met Allison’s, then swerved to another table where they bumped off a rather disgruntled recipient, before ricocheting across a cacophony of faces, pinballing him to the centre of the restaurant, before finally coming to tilt on the table as the waiter laid their starters out before them.

Matt imagined the escargot he had ordered would make her queasy. He could see her watching their antennae unravelling as one of them slithered off the plate. He could see the disgust in her face, despite the fact that she ate her Provençal tomatoes with relish.

“So, Allison, what do you do for a living?” he asked, impaling the escaping escargot.

“I work nights as a waitress in a club.” she replied raising her eyes to the ceiling. Whether because of her job or because of him, he couldn’t be sure.

“Yeah, it’s okay.” She replied, restoring the green strap over her shoulder, her ebullient eyes flashing. “What do you do?” She asked, cradling her head with her hands.

“I work in an office. Just general office stuff, you know.”

“Interesting. Yeah.” She nodded, swirling her drink around in the glass in order to subdue the tension “That’s really interesting.”

He couldn’t determine whether she was being serious or sarcastic. But she had such a generous smile that she grew more delectable by the mouthful.

The mains were served as a matter of course. Matt felt a little embarrassed when he saw the cadaver on his plate. He’d ordered sirloin in contrast to Allison’s Patates Au Vin. As he sawed through the meat, blood spurted onto Allison’s face, but she didn’t seem to mind. This incensed him to eat more ravenously in an attempt to race against himself. Every time he cut into it, blood splattered Allison even more until she was drenched. But she carried on eating unperturbed. Administering small morsels into her mouth while shrugging her shoulders every time she caught his gaze.

“Would you like to order desert?” he asked after they’d finished.

“Oh, no. My bellies a balloon,” she puffed, “I couldn’t eat another bite.”

“Yes.” She replied. Though he wasn’t sure what that meant.

The following Saturday, Matt looked about the restaurant studying the other couples around him, searching for any signs of uneasiness. The conversation with Allison was flowing beautifully. She shrugged and smiled generously, tilting her head at his anecdotes while slipping the strap of her green dress over her shoulder. He took out a lighter from his pocket and reignited the candle which had gone out between them.

“You not dining with the lady this evening?” asked the waiter as he handed him a menu.

Matt looked at Allison and smiled before taking it from him.

“Shame,” the waiter continued, “she seemed such a nice girl.”

“She was.” Matt responded sighing.

He hadn’t the heart to ask her on another date. It being so perfect that he couldn’t handle a concrete rejection. Taking it as a rejection that she didn’t ask him. Preferring to hold onto the memory so he could relive the moment.

Life, we don’t know what it is, really, but we know how it feels, even if the words aren’t married to the thoughts. ~ Tyler Malone

Anthony tends to fidget his thoughts in the hope of laying them to rest. He has managed to lay them in a number of literary magazines, including: Enhance, Word Gumbo, Drunk Monkeys, Crack the Spine, Shadow Fiction, Message in a Bottle, Torrid Literature Journal and Blinking Cursor amongst others.