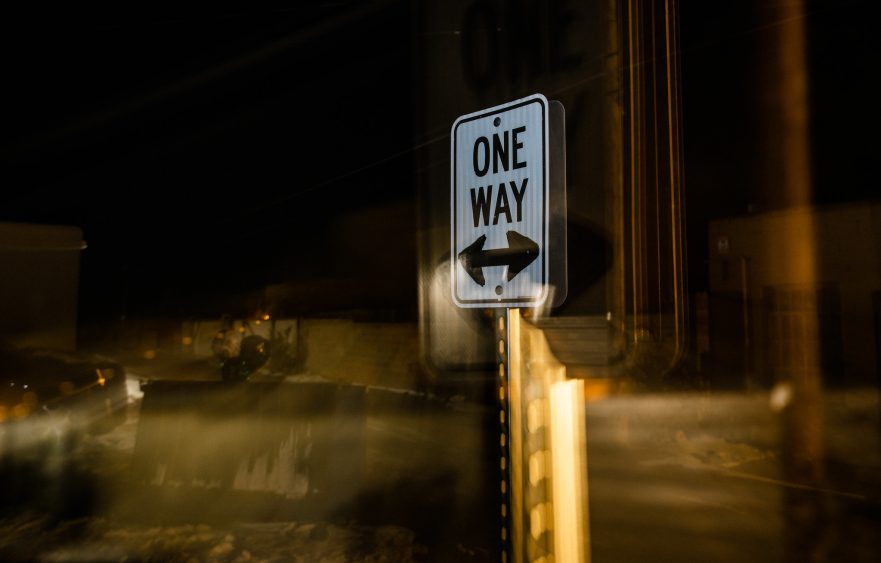 The trunk lid was 20 yards away, twisted by the force of the crash into something like a giant piece of bow tie pasta. She lifted the sleeping bag from the trunk. Mine now, she said. Police sirens dopplered. She hid first among plumes of steam, then in the underbrush, until the cops left. Did they not see her or did they simply ignore her. The sleeping bag was secured with three leather straps. She brought it back to her apartment. There were strange old stains on it, like someone had tried to clean off mildew with a much-too-strong bleach. Maybe I’m scared of it, she said, and stuffed it inside a large plastic garbage bag. Her name was Linda. She put the garbage bag under the bed and left it there when she moved to another apartment a few months later. Then one day when she took her ironing board out of the closet, she found the sleeping bag. She was absolutely sure she had left the sleeping bag behind. Oh well. Maybe not. That night she unrolled it, unzipped it, slept inside it. She had crazy dreams but they mostly evaporated before breakfast.

When she got home and turned on the lights there were jars everywhere. The objects in the jars were amazing and they moved a little. Take a look at this one, said the lady sitting on the couch. She wore a blue and gold diaphanous scarf that fluttered in the wind, though there was no wind in Linda’s apartment. How could there be. It’s the best one of all, and we want you to have it. So many people in the room, Linda realized. The lady unscrewed the top of the jar and filled it up with water from the kitchen tap. It’s the prettiest one, said a man in a straw hat. Wait till you see it swimming! The lady with the scarf brought the jar back and Linda said Oooh when she saw the pretty thing in the jar gliding around. It looks like me, only tiny, said Linda. Everyone laughed. Some people were cinching up the sleeping bag straps. We need this back, they explained. What a wonderful party. Linda wanted to put the jar down on the coffee table but she couldn’t because the table was twisted funny, like a piece of bow tie pasta, then the wind picked up and someone gave her something warm to drink and she noticed the spinning lights. They were so beautiful she wanted to cry.

Hide, find yourself. You’re there, and you know it. ~ Tyler Malone