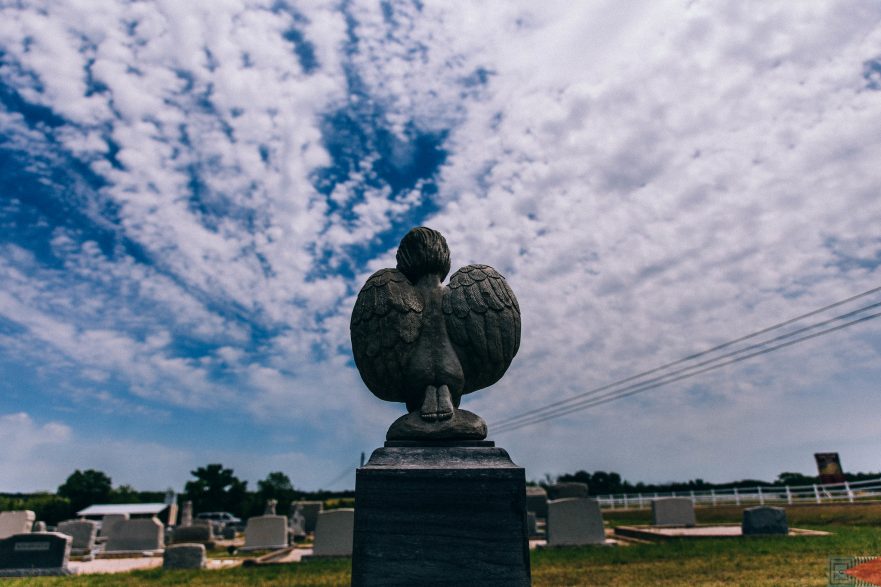 photo "Heaven Down Below" by Tyler Malone

Can’t believe I’m not here anymore! Look, my son is looking up at me. He’s waving to the ceiling! He’s waving to me! He’s thinking, might he cut off a lock of my hair? For future cloning? He’s thinking…What!? Too much hassle! Won’t be around to see me cloned anyway!

Son, are you sure bong hits are appropriate now? Gee, son, don’t take it so hard. At least the detective doesn’t think you did it, blubbering idiot you. Realistic. I thought you were mentally stronger. Nice to see you loved me, though, thank you. Feeling’s mutual kid.

Why can’t you share a room with my corpse? The detective was nice, cops too. It’s a nice-looking corpse! Good that you emptied and washed out my glass of rum. Thanks. Keeping up appearances, I agree. Yes, it is a good thing a burning cigarette was not in my hand.

Relax. Funeral home folk will be here soon. Yes, I am rather still. Creepy but natural, death is. Me sitting dead, not home. There but not there. Hulk of un-animated Mom flesh. Yep, oh but son don’t overdo it. Excessive weeping does not flatter you. Son, we’re Northern European! Stop! Are you auditioning for some role?

I’m still up here, son, on the ceiling. (Son looks up again, tentatively waving.) Hi, son, hi! You know my past as an X-ray tech. My love of gore. Death? It’s nothing. De nada. Fun. Go into the other room if you can’t take looking at me. I wouldn’t want to sit with me dead either. Nice looking corpse though, for a sixty-six-year-old.

Screw the corpse collectors. Go downstairs for more bong hits if you want to. They won’t smell it. There won’t be cops with them.

No drinking, though. Me dead from booze is enough. Or was it the cigarettes? Who killed more: Whites giving Natives booze or Natives giving Whites tobacco?

Son, I don’t know anybody who’s impressed by the grandstanding, the maudlin weeping. Sorry but I can’t stay. Yes, goodbye, here I go, bon voyage! Time I get to considering these cosmos.

Mother is so close to smother that they could be one-in-the same. ~ Tyler Malone