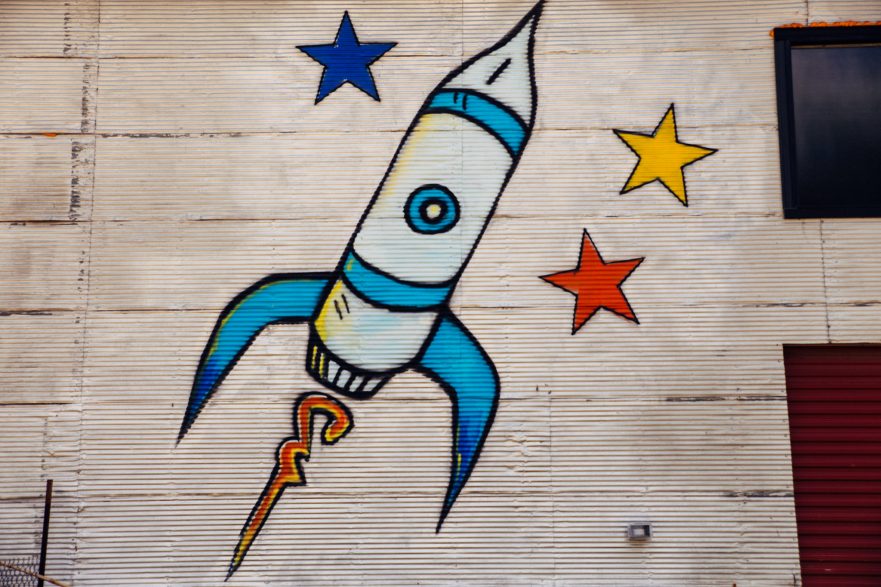 photo "Off to Blast Off" by Tyler Malone

I got a radio call early one morning to relieve another deputy at the site of a small plane crash in an area called Bermuda Dunes. The night shift deputy was finishing his report when I arrived on the scene.

All I had to do was wait for an investigator from the National Transportation Safety Bureau to arrive from Los Angeles, two and a half hours away and turn the accident scene over to him.

It was not a pretty sight. The pilot was coming in for a landing on a clear, calm morning at the small uncontrolled airstrip in Bermuda Dunes, one of those housing tracts that had an airfield built with homes near it for owners of small aircraft.

The pilot had been drinking and flipped the plane over as he came onto the runway. He was dead on impact.

The plane was sitting in the desert upside down. My job was to stay near the crashed aircraft and keep the gawkers and curious neighbors away. The fire department removed the victim’s body from the plane and loaded him into an ambulance as the neighbors strained to get a good look.

I had to wait for an hour for the crash investigator. This was sometime in 1979 and I was surprised to see a woman get out of the official National Transportation Safety Bureau vehicle.

She was a nice-looking lady somewhere in her mid-forties, I would have guessed. She was wearing baggy blue coveralls and Wellington boots. Her blonde hair was cut short giving her the look of a military officer.

She had a firm handshake and introduced herself as “Wally Funk.” Cool name, I thought to myself as we exchanged business cards. Her card read, “Wally Funk 11.”

I offered to be of assistance as she removed a briefcase from her vehicle, and she asked me to stand by for crowd control while she conducted her investigation.

I watched the crowd while she did her work, as she called for a tow truck to take the aircraft to a hanger in Los Angeles for a complete investigation. It was already over one hundred degrees, and was going to be a real cooker that day. I’m sure she didn’t mind heading back to L.A.

We shook hands again as she thanked me for my help with the crowd control. I told her I could be reached at the Indio station if she needed any further assistance.

When I got home that afternoon, I told my wife about the female investigator that I had met that day and I showed her the investigators business card.

I had exchanged business cards often with many other people, but for some reason I placed Wally Funk’s card in a card file that I saved after I had met important people. I would learn several years later that Wally Funk 11 was the first female investigator to work for the NTSB. She was also the first female aviator to train military pilots.

About twenty years after the small plane crash, I was watching one of the educational channels on television one night after work, and there was a program about women that had trained to be astronauts. I called my wife over and said “Check this out,” as the host of the show interviewed Wally Funk 11, one of the first women astronauts. She never had a chance to go into space possibly because of the political state of affairs at the time, but she had completed all of the astronaut training that the male astronauts had taken.

Before that interview, Wally Funk 11 had been in Kazakhstan training with Russian cosmonauts at the Russian space center.

On Tuesday July 20, 2021, my wife turned the TV on and we saw four people in jumpsuits being interviewed after a ten minute flight on a rocket ship into space. To tell you the truth, I was not really interested in another billionaire’s space fantasy after seeing Richard Branson’s adventure the week before on TV.

As I watched I saw an older woman on the stage with Bezos, his brother and an eighteen-year-old Dutch kid named Oliver Daemen. Daemen’s dad had paid an undisclosed amount, reported to be several million dollars for his son to go into space with this crew for a ten-minute ride.

I started paying attention when the woman interviewing Bezos and his crew turned to Wally Funk 11, the only real astronaut in the group. I remembered her from 1979 and was glad to see that she still had what it takes to go into space.

There was Jeff Bezos on stage sitting next to Wally Funk 11. Bezos was wearing a cowboy hat that sat on his ears, was too big for his head and didn’t appear to fit properly. I thought he was trying to look like the original astronauts at Pancho Barnes Happy Bottom Riding Club, in the 1983 movie The Right Stuff.

To me the other three crew members, the Bezos brothers and the Dutch kid, came across as a bunch of rich men that had too much money and too much time on their hands, sitting on stage in their astronaut jump suits with a real American hero, Wally Funk 11. She still had the right stuff at eighty-two years of age.