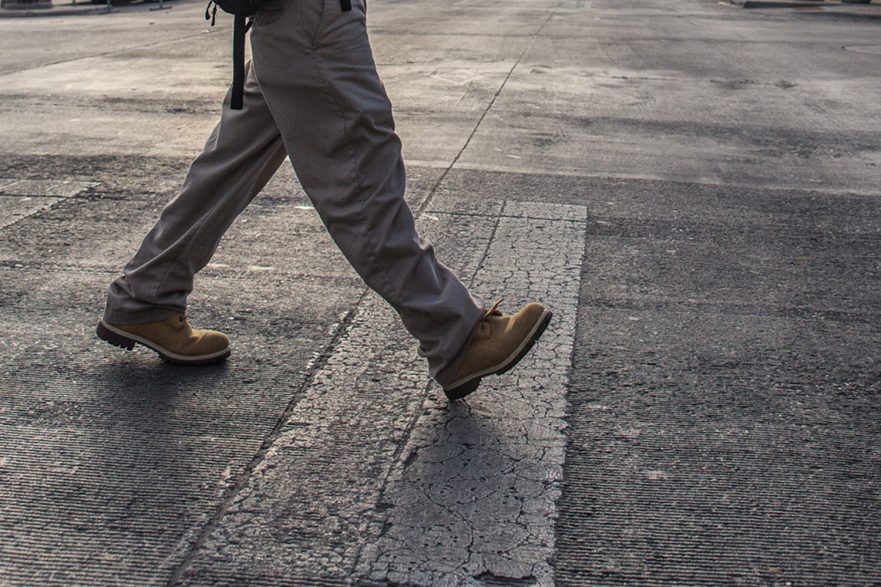 photo "A Walk Among Walkers" by Tyler Malone

He was standing off to the side of the city Greenway looking at the sky when he felt a tap on his shoulder. “Hey, what are you doing?”

Emil turned. It was a policeman on bicycle patrol. “I’m just looking at the clouds, officer,” he said, politely. “That one over there reminds me of a bunny rabbit.”

Unimpressed, the cop got off his bike and adjusted his crotch. “I see you down here a lot. Where do you live?”

“Nearby,” he said and then tried to change the subject. “I just like to walk here,” he indicated arbitrarily. The Greenway led from Lake of the Isles, near where they were standing, on the west end of Minneapolis, all the way east to St. Paul, a distance of fifteen miles. People walked and biked on it nearly every moment of the day.

The policeman smirked, “I’ll bet.” He took his radio from his belt and made a call. “I’m bringing a guy in.” He listened for a moment and said, “No, he’s not drunk. I think he’s delusional. Let’s see how he does in lockup overnight and then we’ll take it from there.”

Emil couldn’t help but overhear the conversation. “Officer, I promise I’m not delusional. I’m perfectly sane. I just like to walk and be outdoors.”

“Too bad, buddy, you seem a little off to me. No more walking and being outside for you today.”

He called for a patrol car and they took Emil to the station where he was booked for loitering and put in a holding cell with fifteen other inmates.

His jailer, a heavy Black man with a gray beard said, “Here you go, buddy. We’ll come get you for dinner at 5:30. Have fun.” He slammed the door shut.

Emil made it a point to avoid eye contact with the other inmates and shuffled to the corner of the cell. He faced the wall and closed his eyes and concentrated, letting his hunger for the outdoors soar through him like a cool mountain breeze. In a matter of moments his mind had taken him back to the streets where he belonged. Home. Walking free.

Later, when the jailer came to let the inmates out for dinner, no one could find Emil. In fact, no one even remembered him even being there. He’d vanished into thin air.

Back on the Greenway, Emil brushed himself off trying to get rid of the stink of the jail and said to himself, I’ve got to be more careful. I don’t know how many more times I can do that. Then he went back to walking and looking at the sky and the clouds, happy to be outdoors once again. But this time he kept a sharper lookout for cops, because being inside? Well, it just wasn’t for him.

Far up ahead, he saw a figure approaching on a bicycle. He looked closely, thinking that might be that cop. “Probably out looking for me,” Emil mumbled to himself. He watched as the rider stopped to question a young couple vaping and walking hand in hand. Yeah, it was him, he decided, and that was all the motivation Emil needed. He stepped off to the side of the path and disappeared. The cop rode by looking but didn’t see anything. He kept on riding. Emil smiled.

This is society past ourselves; something we want to disappear from. ~ Tyler Malone