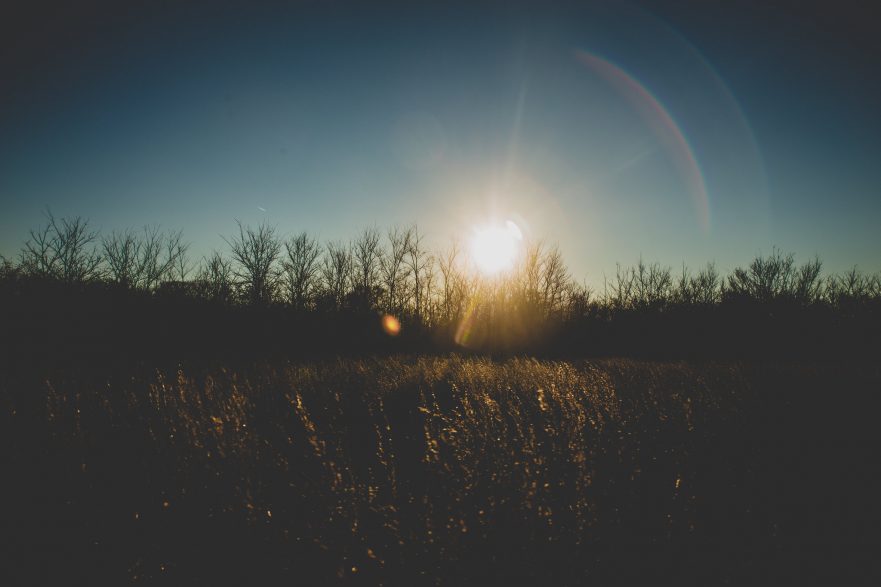 photo "See, You Don't See Anything" by Tyler Malone

“No child is born angry, say the experts, but this is hope not fact,” Dr. Daprahana maintained. “Wrath resides in everyone at birth along with emotions like love and shame. Under the right circumstances, these emotion seeds can root in our consciousness and explode into actions, some deadly, some sublime, and some both at the same time.”

Having heard metaphysical psychology Professor Daprahana’s lecture, grad student Jim Petersen needed coffee to comprehend it. He sat at a window table in the commons poring over his notes, sipping a $4.95 mocha latte as caffeine and mumbo jumbo competed for his brain.

Then she came in out of the balmy jasmine-scented twilight. He might not have noticed her—it is the nature of potential victims to be invisible—except she spilled her coffee when she sat at the table in front of him and breathed out, “Darn it!”

Like him, she was out of place with the young and perky. She wore plaid leggings stretched over a butt of ample proportions and a Che Guevara tee-shirt. “So, you’re a revolutionary?” he said as he brought her a wad of napkins to sop the deluge pooling on the floor.

She shook her head slowly side to side. “Nooo.”

“I thought maybe the shirt was a political statement.”

She glanced down at her chest. “Where were you when I bought this thing? Who is he anyway?”

“A ‘60s revolutionary.” She was definitely a non-traditional student. “Why did you buy that thing anyway?”

“It was the only tee they had left in my size: adult mom. Well, there’s another twenty-five-dollar wardrobe mistake”

The leggings, too, he wanted to say. “You fit right in with the kids. They don’t know who he is either. Can I buy you another cup of java? My rules say, when I’m on my second refill and the mocha’s now mush’a, it’s time to reload with the cheap stuff.”

He returned with two cups of cafeteria dregs and scanned the titles of the books stacked to her right: Algebra, Anthropology and Astronomy. What was next? Biology, Botany and Business? “You must have a life. Job? Kids? Convent?” he said as though expecting an answer.

Women like her always met the expectations of others. “I’m what they call a displaced homemaker, meaning my ol’ man walked out, and I need a piece of paper to prove I’m not stupid. Unfortunately, I know nothing about math, never wanted to be an astronaut and still don’t know what anthropology is. Sounds like voodoo to me.”

Yes, she was one of those people. Compulsively cheerful in the middle of catastrophe. She’s lucky her husband didn’t kill her. “How many kids?”

“Four but only three at home. Josh, Jacob, and John. Jeremy’s in a group home. Can’t kick his disease.”

This might be difficult. Maybe she could spot a BS-er. “Which home, the Golden Bridge?”

“My other boys don’t give me any trouble, but Jeremy collects problems and dumps them all over me. But, what am I gonna do? He didn’t ask to be born.”

If Daprahana was right, her seeds of guilt had blossomed into anger after sixteen years of care-taking; the Bridge only took kids sixteen and older. As victims go, delinquents deserved killing more than frumpy mummies.

In comic-book world, Dr. Banner becomes The Incredible Hulk when he gets mad and channels his monster-self emotions into helping the good people and punishing the bad. It’s a good end to bad anger the Bible labels sin, no doubt because it usually ends in bloodshed.

“You have a resident here named Jeremy. I’d like to speak with him.” Jim thought he sounded professional as he flashed his Cal State University Fullerton I.D. The Bridge’s Director however, who obviously opted for sobriety after addiction and wore hardship on his face, thought otherwise.

“Good for you. But getting ain’t the same as having it. Take a hike.” Nobody’s more implacable than a recovering addict.

Jim-the-student graduated to Jim-the-killer in a split second, committing a true crime of passion. How else to explain a group home Director with his head dangling between his shoulder blades with a Grand Canyon-sized gash across his throat?

Was there a legal term for mentally scouring a crime scene? Post-meditation perhaps. Not consciousness of guilt because Jim believed he wasn’t guilty. He acted out of an irresistible urge consistent with temporary insanity. He’d have to work on curbing that. Tomorrow. He bought a vanilla cone at the Dairy Queen near the campus because character flaw cure wasn’t on the menu.

Speaking of flaws: the media reported the Golden Bridge Group Home Director operated a theft ring with the occupants of the center and paid them in illegal substances. He saw Jeremy’s mother, Jennifer, on TV wearing a unicorn tee-shirt, lamenting the failure of the system—but nicely—as Jeremy shifted disdainful eyes towards her. Unmistakable premeditation caught on camera. Jeremy bludgeoned mother Jennifer with brother Josh’s soccer trophy.

“Suppose I discovered a confluence of coincidences, against astronomically impossible odds, that disproves a randomly chaotic universe. Like everyone having ‘J’ names. What if emotion isn’t innate? Rather, orderly chaos acts as a catalytic converter for emotion. Wouldn’t that explain why an alcoholic appears in a family of teetotalers.”

“If true, you will have discovered the intervening variable to explain behavioral variations among families…” Daprahana laughed. “But that’s impossibly simplistic.”

Come on, go out and get to know people. There’s no way it’ll all go wrong, no way at all. ~ Tyler Malone