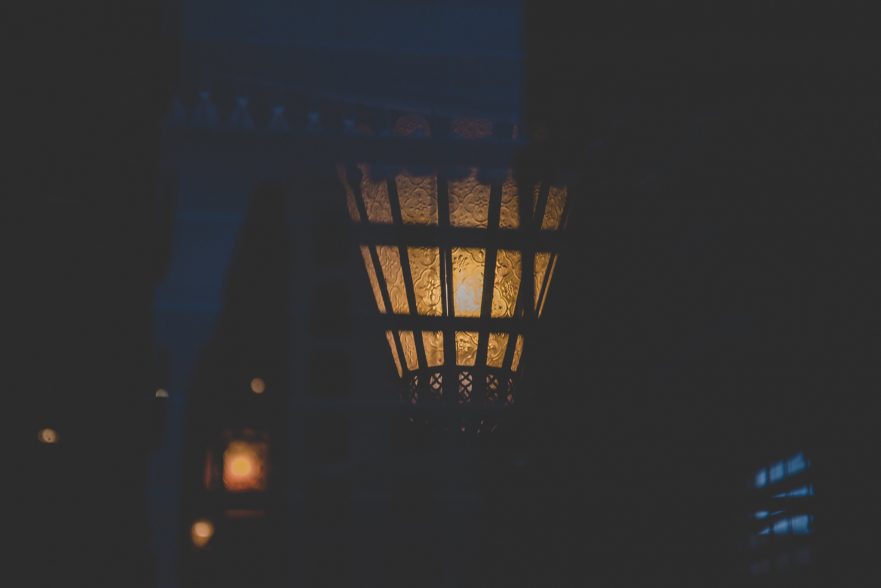 The border between Paterson and Clifton is a double white line that runs down the middle of Crooks Ave. There was a party on Crooks Ave. one Saturday night. It was not as much fun as Ramon had anticipated. As it wound down, Ramon and a Clifton girl wandered into the cemetery on the Paterson side of the street and Ramon said: Suppose one night there was a party every couple of blocks, from Crooks Avenue to St. Josephs Hospital to the Great Falls Park, across the bridge and right to the border of Haledon?

The girl from Clifton said: Bet there is a party every two blocks, you just aren’t invited to any of them except this one. If you are. She spit beer on a grave stone and practically dared him to fall in love. He resisted, although he did imagine her in the Scarlet Witch costume. She’d told him her name at the party but not a syllable made it through the horrible music and next morning all he remembered was the trail of parties snaking through Paterson.

He told Rosie about that. Rosie said she would go to the parties with him. They started calling it The Night of 1000 Parties. She pulled up a map on her phone and they plotted out where all the parties would be, beginning with the Crooks Ave. blow out (in the huge phone company garage on the Clifton side of the street). For the sake of symmetry the last party would have to be just over the line, too, in Haledon or Totowa.

Rosie did math magic in her head and said they could spend 14 minutes at each of the parties and the sun would just be coming up as they were leaving the last party to go home. Also, the parties would get progressively wilder as the night wore on, although that calculation involved no math.

“They’re gonna have those little microwave pizzas at the Crooks Avenue Garage party, where you get 9 little pizzas on a tray.” That was Ramon, not even wiping off the mouth of the bottle Rosie handed him before he took a drink. She noticed and was simultaneously grossed out and excited. They were on the stoop watching a squirrel carry something into the cracked water pipe at the end of the parking lot. A cop car slowed down to look at them but Ramon held up the bottle so they could see it was Snapple. Of course they might stop and make sure it was Snapple, if they were dick heads, which they probably were, but they didn’t.

Later she printed out the map and they marked all the parties with a grease pencil. There would be 34 parties taking them from Clifton to Haledon, and when you connected all the red dots you got a jagged line that looked like the profile of an Indian, if you looked at it right. She said “It looks like you,” and she drew a line down his face with the grease pencil and he didn’t blink.

Summer trickled over into August and they talked about what they would wear on the Night of 1000 Parties. Would they change from party to party? They could bring a bag with hats and thrift store vests. Rosie would look hot in a vest.

At the Crooks Ave. garage party, two guys would get into a shoving match about something stupid and that would be their cue to leave. “Nobody breaks any glass, though,” Ramon insisted. “No, it’s too early,” Rosie agreed. “What are they gonna be fighting about?” “We won’t know,” said Rosie. “We’ll cross the street and cut through the cemetery and make jokes about how one guy ate one of the little pizzas that the other guy wanted.” Ramon would stab a red dot on the map, Rosie would say, “that one’s in the basement,” or “That’s a barbecue in the backyard,” or “when we get there, nobody’s having any fun and there’s a girl sobbing in the kitchen.” “We gotta do something about that,” said Ramon. “Can’t do anything about that,” said Rosie. “Just have a sip of ginger ale and get to the next party.”

Rosie got up late on Saturday morning and almost teased her hair up big, like the girl in the eighties movie they watched last night. Ramon wanted to have a meatball sub for lunch but Rosie warned him not to fill up. They had 34 parties waiting. So Ramon had just an apple and a glass of water. “We’re really gonna do it!” said Rosie. Not quite realizing that until that moment she hadn’t been sure about it.

Ramon put on a thrift shop vest at 5:00 and they walked to Crooks Ave., picking streets with no red dots until they turned the corner and saw the cemetery at the end of the block. They had taken their sweet time and it was close to six now, feeling more like a Sunday evening than a Saturday, with an hour and a half until nightfall. There was nothing happening at the phone company garage so they talked about going to the bodega and getting a bottle of water. “If I start drinking now I’m gonna have to pee before we get to the first party,” Rosie said.

They walked around the cemetery for a while and moved on to the site of the next party, Genesee Street, a block from the Lebanese restaurant. They could see people eating pizza in a living room down the street, watching a Jaws movie on the big screen TV. “It’s almost a party,” said Ramon.

Although they hadn’t had anything to drink Rosie had to pee anyway so they found a pizza place which was not on the jagged grease pencil line and ordered two slices. Maybe it was the same pizza place the people watching the Jaws movie had ordered from. Rosie went to the ladies room.

By the time she returned to the table their sodas had arrived and somehow the Night of 1000 Parties was over. “It’s okay. I had a feeling things could have gone terribly wrong,” she said. “I dreamed a couple weeks ago that every time we would move on to the next party, everybody at the last party would turn to skeletons.”

“It’s a dream thing,” said Rosie. They finished the pizza and almost walked to St. Joseph’s, but they knew there would be no party happening, so they went home.