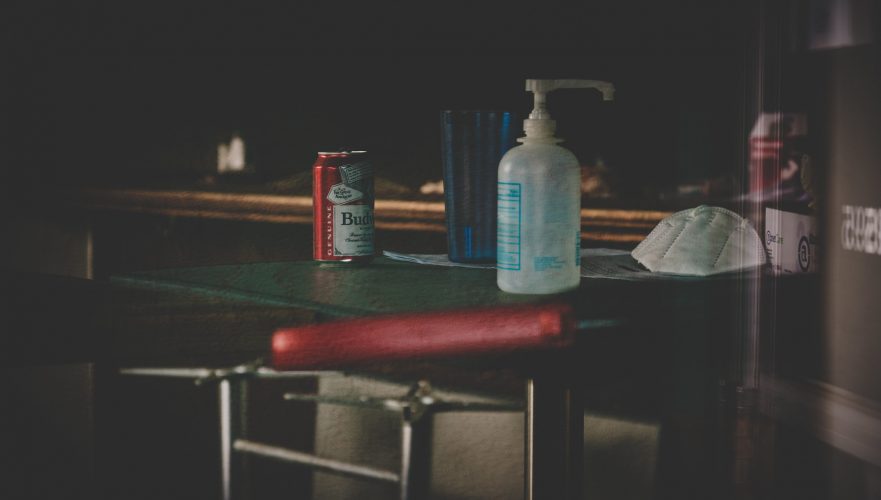 The late morning sky was clear-eyed blue, rich, almost regal. There was no breeze, a soft November, the trees naked of leaves, the sun too bright.

“Summer,” one of them muttered. None of them could remember a November this warm.

They walked in a small cluster down the center of the street as was their practice: five boys, not a gang but friends for as long as they could remember.

Little Joe because he was tall and muscular, Big Joe because he was barely five-foot, Jet who could outrun everyone, Slim Jim who was neither slim nor a Jim but liked the way his nickname sounded, and Simon Says, their leader. When they came to the intersection, they ignored the stop sign, walked single file across the busy street Simon Says leading, Big Joe at the end, stopping traffic.

“Can’t change the rules so late in the game,” Simon Says replied.

The boys nodded, walked quickly to the park, their bench, and gathered around Simon Says.

“Had an idea last night. Tell me what you think on it,” he began after everyone settled into their place. “Read about a gang in the Bronx when that disease AIDS first came about. Seems like you could get it from used needles.”

All around him the boys nodded their heads to let him know they were paying attention.

“Don’t hear much about AIDS nowadays, but back then it made people piss in their pants they were so scared. These boys would see a target and threaten to stab them with their needles if they didn’t hand everything over.” He paused, looked over his friends and continued, “Don’t want to do that. Too dangerous and it’ll take too much time. Got a better idea. You know this COVID thing that keeps closing school?” He didn’t wait for an answer. “Everyone’s wearing masks because you get it from breathing on someone. We’re all carrying masks right now, ain’t we?”

“But we ain’t wearin’ ‘em. This is my idea. Let’s look round for someone—some guy—wearing a mask, got on gloves, the whole mess and looks like he might have something we could steal. Won’t steal nothing, just have some fun. See how many we can get to piss in their pants.”

“How we gonna do that?” asked Jet.

Simon Says went right on talking as if he had not been interrupted. “Thought we’d spot someone who looked so scared, mask and gloves and all, get round him and start breathing real heavy in their face. Then we’d run a bit away, see if they pissed in their pants and find another.”

The boys thought this was hilarious. They laughed long and hard and each one imagined piss rolling down the front of someone’s pants and laughed harder.

A few minutes later they were on their way looking for their first target.

So, they surrounded him and began breathing heavily aiming at his face.

“Huh?” the man uttered. He wore a good strong mask, a pair of work gloves, and he was carrying a briefcase. “What cha want?”

The boys didn’t say a thing, just kept breathing at him until he stepped back, bumped into Little Joe who was the tallest and strongest, cursed and said, “Okay, okay. If you’ll stop, I’ll give you anything you want.”

“Don’t want nothing,” Simon Says answered and watched with satisfaction as Little Joe blew a great cloud of breath directly into the man’s face who then lost it, swung his briefcase in an arc catching Big Joe on the side of his head. The boys took a quick step backwards surprised, turned from him as he swung it a second and third time and they ran down the sidewalk, across the street, and through a gangway into an alley where they paused laughing and high-fiving each other.

A half hour later no one had pissed in their pants, but they were liking the game too much, recounting the one who begged them to stop and the one who broke free running from them like a scared rabbit.

They surrounded both men, catching them off guard and before either could say a word, began huffing and puffing.

“Watcha you fellas doing?” one of the men asked.

“Seems like yore tryin’ to breathe in our faces.”

“Can’t see why you’d do something so stupid. I already got that virus but can’t stand staying in the house. Sam here has it too, so we thought we’d take a walk together. Masked up so we wouldn’t expose anyone. Guess since you fellas have it too, we don’t have no need for these masks.”

The boys stopped breathing. They quickly stepped away. Then, as both men pulled their masks down and blew straight at them, they took off so fast they kept up with Jet.

The two men watched until they turned the corner. “Well, we sure fooled them,” one of them said. Laughing, they bumped fists.

Simon Says did not stop running when the others did. He raced home, skipped up the stairs, and locked his bedroom door. He had to change his pants.

Breathe in, breathe out. Look left, look right. Do it again. Count your breaths and count your blessings. ~ Tyler Malone