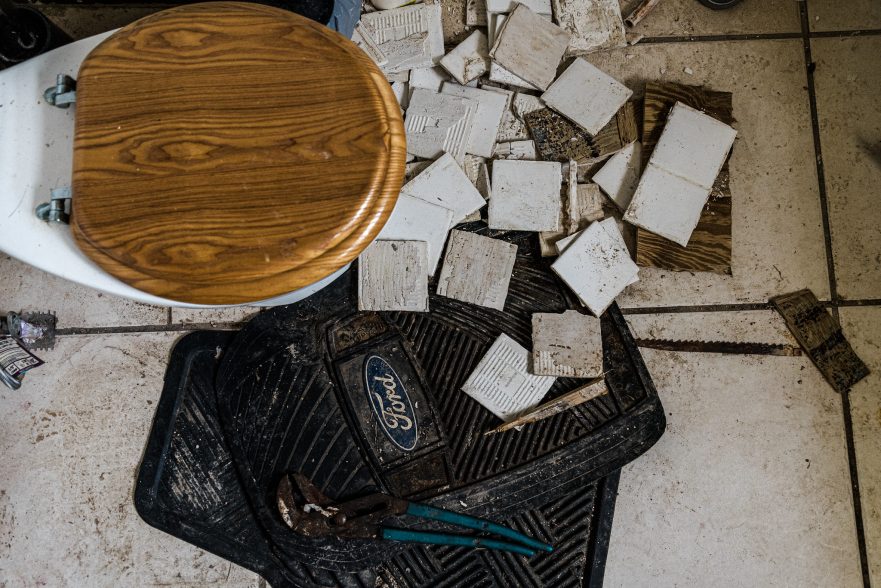 photo "Out With the In" by Tyler Malone

Hi, my name’s Arch and I live inside. I’m inside him, Eddie. I come out at night while he’s sleeping. Out of Eddie’s anus I crawl. Like a nocturnal form of tapeworm, only I go exploring at night. But I’m no worm. I’m small, that’s for sure. Small enough to live inside him and crawl out of his asshole every night. Yet, I’m normal. No, I’m not always bloodthirsty but I do like a good edged weapon. Problem is knives and such— especially sharp ones!—they’re difficult to get past the sphincter when I get home. I have to leave them outside the asshole when I get home.

As to my exploits, I’m legendary, though rarely have I been seen. Because by morning when he wakes up, I’m back in. He’s never known what’s been happening. Like a sleepwalker he does not know what I do while he is asleep.

I’ll admit I’m young. I haven’t been on this gig that long. Four, five years tops. Do I shower? Hell yes, I shower! Going out and before going back in. I ain’t takin’ no microbes out into the world, or up his ass! Do I shower!? Yes, I’m from Ireland. No, I’m not a leprechaun, but we know of their type. Trolls? Yes our people and theirs are friendly. Fairies? No such thing (‘cept in big cities). Out of all those you mention like them we are from Middle Earth. Origin liminal stage: hypnagogic and hypnopompic. The Old Hag coming out of dreamworld heavy, oppressive about the room, crushing, sitting on your chest. There’s a good reason for nightlights and un-shut doors.

I look human, just small. Yes, some call us parasites. But it’s not like that. I contribute. My species contributes. During a blockage who do you think is responsible for getting things moving again? A doctor? Fingers jammed up the rear end grabbing and pulling? One thing is for certain. Anybody living with one of us does not have to worry about being overly constipated—impacted—ever again, upon first going into prison. Don’t eat for a month or so and your stomach shrinks down to the size of a walnut? No movement for the third week now? No problem, we’re going out every night and coming back in, we’ll keep you regular. You don’t think we want to live in there with poop do you? You must eat though to provide poop for your (and my) existence.

What do we do? Where do we go when we get out? When we crawl out into the world from a ridiculously gaping asshole? We go to Las Vegas. Or just run around under the sheets or inside PJs if too many people will see us show ourselves, then go back in. Try to get some showers in first though when coming out and going back in. As they say, a clean asshole is a happy asshole.