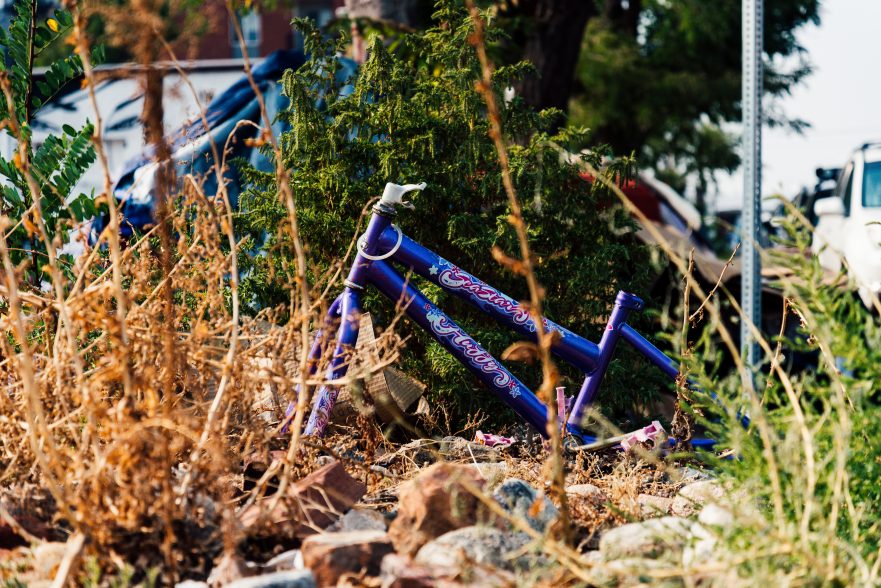 Dude, like around 8? No, maybe like 9, in the morning, I ate three blotters. I’ve done Lucy a bunch of times, but I forreal hadn’t done ‘em like that early or whatever. My friends and I found a connection on ‘em a few weeks earlier, so we’d been taking a few hits every weekend or whatever. But that day, I was like pretty much the only one taking any. I took three.

It was hard finding a connection. We’d gone through a few guys before, but, I mean, well, their shit sucked. The first guy sold us paper, the second guy sold us LSA—which is sorta like Lucy but slower, so, you know, not like acid at all. He made it himself which was cool but not worth the money. The third guy ended up our steady hookup but he was an asshole, so it was not always worth it. It was, cuz it was acid. But still not really, you know?

The first time he hooked us up, he was sitting in his car in a parking lot. At first, I like, assumed, he was just waiting for us, but duuude, his ass was tripping balls.

Man, we got in his car expecting the entire thing to take a second: pass some cash, get a square of tinfoil, open it enough to count the colorful paper. Good shit. Thanks, dude. Peace out. But listen, instead, the car was filled with really weird energy. This wasn’t the
first time we bought stuff from him, and the process was always really quick—rudely quick. This time though, maaaan, it was like he didn’t want to sell it to us and just wanted to talk.

We got in and sat down, anxious to get to a house party to trip.

“Feels like eternity. Ugh. I don’t know if it’ll ever rise again.” He said leaning over and grabbing a pack of cigarettes. “You guys want a cigarette? You smoke, right, Daniel?”

“Yeah. Sure. Thanks,” I grabbed a cigarette and lit up. He threw out the cigarette he was smoking and lit another.

I kept waiting for him to pass us the acid or laugh at himself for forgetting, or something. I didn’t know if I should say something. I just sat there confused; shit, we all just sat there, smoking, and awkwardly looking at each other.

“What you all doing tonight?”

“Oh, shit! Get some drinking in, huh?” he said, getting all excited and animated. ”Friday funday!”

“No… not really any drinking. Just, you know…”

“What?” he asked intently. Dude, it was jarring, cuz, like, his energy went from, I mean, a fucking million, like he was about to dance and shit right there just thinking about partying, to like negative a thousand and five. He was now like super fucking confused and making intense eye contact.

“Ac..” I started before being cut off.

“Shit! Yeah. You guys probably want to get this and go, huh?” he frantically reached across me to get our doses. “I took three about an hour ago. The shit is fucking good. Wait, what time is it? Is it really 9 oclock? Holy shit, I took that shit like 5 hours ago. Fucking shit. This shit is so fucking good. I was chillin’ in there,” he motioned to the apartment, “with a bunch of fucking assholes. I knew I had to get out. I came out here to watch the sunset and, you know, ride this shit out. In there, them guys,” he motioned again to the apartment, “It’s like they don’t fucking get anything.” His arms collapsed in on him. It was like a place deep in his chest suddenly crumbled and took his ability to move his arms with it. He moved a little all of a sudden, only at his wrist, putting our Lucy in the cup holder.

“That sucks, man. I’d invite you to come with us, but it isn’t our party.”

He looked silently into the black parking lot. All emotion was just fucking gone. He looked drained of that shit. I don’t know where all of the emotion went, but it was like, not there anymore. I took a long drag off my cigarette and exhaled the smoke slowly out of the cracked window.

“Well, ‘aight. Thanks, dude” I started saying bye as I grabbed the acid to make sure it wasn’t just an empty fold.

“Wait! Finish your cigarette before you go?” he asked desperately.

“I get it. I know I’m not always trustworthy,” he got like a super fucking sad look on his face. Like he might cry, maybe? I don’t know, dude, it was like the saddest look I’d ever fucking seen.

But, like, back to the morning I got sent here, like I said, me and my buddies were taking acid a bunch, but all of them were mostly burnt out by then. That’s one of the things that separates Lucies from other shit: it’s self-regulating or whatever. You can only do it so many times before you’re exhausted as fuck. And it, like, forces you to take a break from that shit. It’s almost like an anti-addiction, I guess. And, like, in hindsight, I should’ve taken a break too, but I was like fuck it. If they don’t want to trip, I’ll trip on my own.

(“V/r” is an excerpt from the larger body of work “Broken” that can purchased at right here!)

Want to go as hard as I do? That’s a road meant to be fucked up on all alone. ~ Tyler Malone