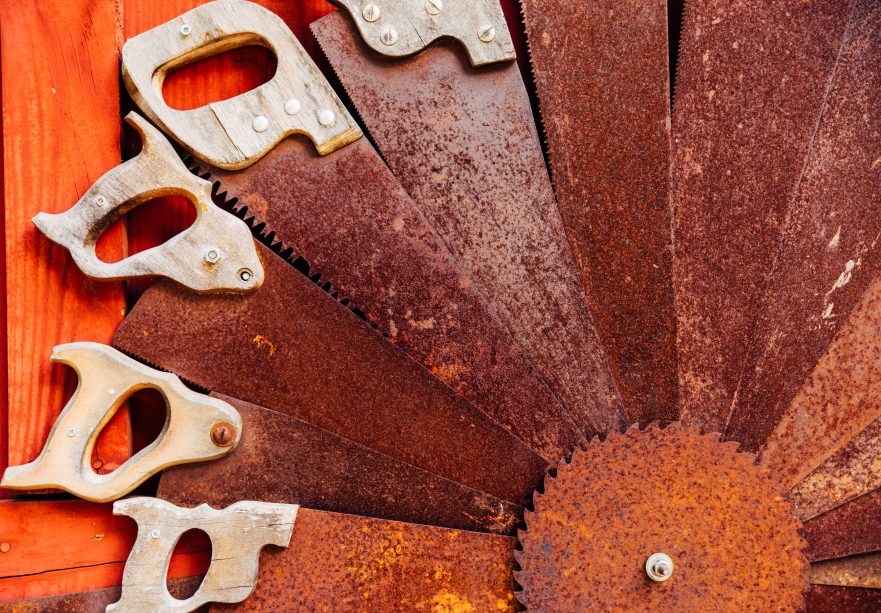 Matt went outside to smoke and play with his phone. Quentin started on the dishes. Everybody had ordered the lasagna, so the dishes had to soak in the hot soapy water forever. This loosened up the dried sauce and cheese but the water got so filthy so fast that he had to drain and refill the sink three times in five minutes. Quentin had to scrub and rinse the mesh sink strainer each time. He was temped to just remove it but he’d cleaned the grease trap a couple weeks back and did not want a return bout any time soon.

When he’d gotten through a pile of dishes and they were either drying on the rack or sitting in the sanitizer basin, Quentin took a break. It was jet black outside except for the stupid glow of Matt’s phone. He must have been at the far end of the parking lot, practically in the woods.

Quentin put on his rubber gloves and began a new pile of dishes. “Hey,” said Matt. He was standing in the door, taking a picture of something he was holding in his other hand. “This is what? Do you know?”

“I dunno,” said Matt. Whatever it was, it had been wrapped in bright blue duct tape. There was some forest debris on it, fragments of leaves and mud and perhaps twigs. He posted the picture of it on Instagram and then looked around for a surface where he could deposit it. He settled for a piece of cardboard he salvaged from the recycling pile. He brought this into the dining room where Katie and P.J. were cleaning up. They made appropriate, grossed-out, sounds.

“While you’re up there, turn off the sign,” said Quentin.

“I already did it,” called Katie. “What is this thing?”

“Dunno,” said Matt. He returned to the kitchen and washed his hands. He parked himself between the rinse and sanitizer basins, and Quentin wordlessly handed him a soapy dish. They had just about finished the second pile of dishes when the dead guy rapped on the kitchen door. They could tell he was a dead guy because there was a substantial hole over his right eye, and various other, less substantial holes elsewhere. His left foot was missing and he was propping himself up with a broken rake or broom.

“I need my foot,” said the dead guy. Somebody had tried to wrap him in blue duct tape, but they hadn’t done a thorough job. Torn blue strips dangled from his sleeves where the wrapping was so haphazard the tape had snapped with his first tentative post-mortem movements. The leg terminating in an ankle had been wrapped much more competently.

“Thanks,” said the dead guy.

“We don’t have the ear,” said Quentin. He did a quick inventory. “Or any fingers.”

“I know,” said the dead guy. “Guys who shot me took the ear. I guess to prove they did it?”

“Or a trophy,” suggested Quentin.

“Maybe. Fingers, that was animals.”

“Thanks,” said the dead guy. He tried to slip the foot in his coat pocket, which was huge, but it was difficult to do with the ad hoc crutch. Quentin steadied him and held the flap of the pocket open.

“Can we get you something to eat? I was going to make some omelets for the clean-up crew.”

“You know, I’m not actually hungry,” the dead guy said. “But maybe I should. Yeah, thank you, that would be great.”

Quentin said it was no problem and started prepping the omelets.

A few minutes later they were all sitting around the break table and Matt asked him what the story was with the foot. The dead guy shrugged.

“You got me. I think it was some kind of ritual. They took the ear, and then they removed the foot and wrapped it up, and they wrapped me up, and they burned some crap in a silver dish, and there was a chant. They waited a few minutes and swore a lot, and they left. They figured the ritual didn’t work, I guess.”

“I guess it did something,” said Katie.

“Guess it did,” said the dead guy. “Well, the thing now is, I’m going to reattach the foot, and then I’ll track those guys down and kill them.”

“How are you going to reattach the foot?” said Quentin.

The dead guy stopped chewing his omelet and slapped the table. “That is a very good question,” he said, and smiled ruefully.

“Duct tape,” said P.J. The dead guy laughed so hard he started choking. He gasped for air and fell on the floor. He was turning blue.

“Where’s that Heimlich Maneuver chart?” said Quentin. “It’s by the cash register. Katie, go get it!”

“Nah, I got this,” said Matt. He knelt down and embraced the dead guy from behind, planted his fist at the bottom the rib cage, and jerked hard. A big chunk of omelet shot out of the dead guy’s mouth.

The dead guy coughed a few times and inhaled deeply. “Wooo,” he sighed.

“That would’ve been awkward,” said Quentin.

“You know what,” said the dead guy, “I’m gonna head back out to the woods and lie down for a bit. That was intense.”

He thanked Matt profusely and told Quentin how great the omelet was. Then he shuffled into the woods.

“Ritual didn’t really work so good after all?”

“He was okay till he started laughing at my joke. I feel kind of responsible,” said P.J.

Sometimes we need more than a leg to stand on. We need a feast, all our phalanges, and some friends. ~ Tyler Malone