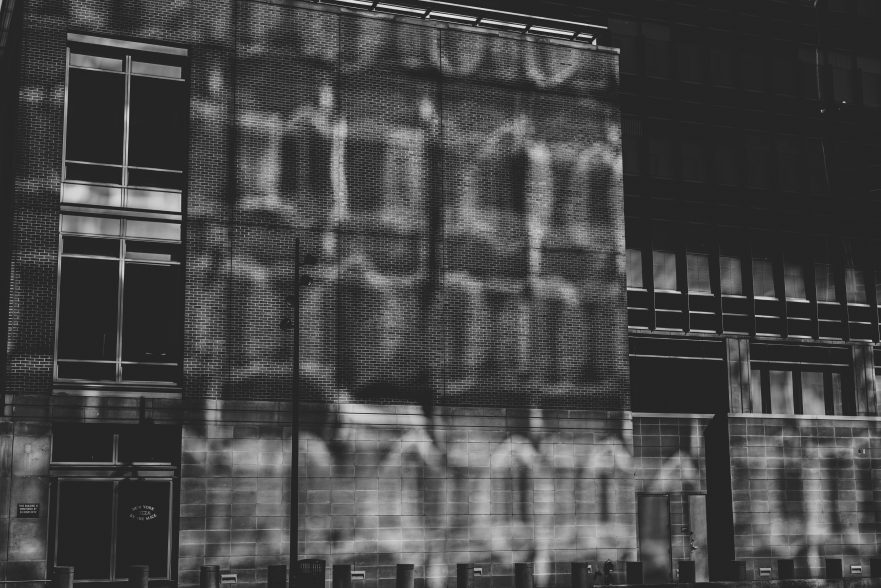 photo "Under Different Atmospheres in the Same Planet" by Tyler Malone

Up, out of bed at 3 PM. Saturday, San Jose Costa Fucking Rica, rain with a mixture of car exhaust. Gray skies over a gray world, just the Gods reminding me what a hangover looks like. The storm has already saturated the city, flooding streets and low lying areas. The smell triggers my olfactory memory machine to recall fond thoughts of Mexico City resulting in a smile that occupies what feels like my entire face.  The smile is replaced quickly with a grimace from the pain of this cancer eating away at me like alligators gnawing from the inside out.

Gods, hilarious bastards yuckin’ it up at the joke they have perpetrated, I could have contracted lung cancer, I’ve smoked everything that can catch fire, or liver cancer because fish almost drink like me. A Quote from Christina, a past love. I drink like a fish, I once said. “No, Santi, the fish drink like you.” It’s not cancer of the blood even though I’ve shot and tried to shoot everything that would dissolve in water, even cough syrup with codeine as well. Stomach cancer, no. The thing I enjoy most is sex so I have prostate cancer.

Those of you thinking karma can kiss my ass, you people piss me off more than Christians who believe there is some cosmic cloud waiting to rain down retribution for simply living. Now I am really agitating myself. Past lives, what a myth. Karma was created to pacify egos of those who are not willing to fight back.

Bad luck may be the culprit but luck doesn’t exist, good or bad, it’s just the consequence to an unforeseen event, nothing more. There are those that need to believe in some mystic force, an omnipotent deity controlling their destiny. You think I’m coming off a bit self-righteous, demonstrating my best character flaw.

Andrea calls often to check up on my condition and has accompanied me on a few IMRT sessions at the hospital but didn’t like seeing me in that way so she stopped coming. Usually she calls shortly after I’ve injected a massive dose of morphine and I’m too high to carry on an intelligible conversation, when I do attempt to speak I drift back and forth from English to Spanish then French causing her to laugh, her voice temporarily slaps me back into cognizance, screaming: “Español Bigotes! Porfa Espanol.”

I once asked her to dedicate five years of her exclusive affection to me in return for a sizable inheritance, assuring her I wouldn’t live that long. She declined with a passionate kiss, her hands cradling my face.

“Mi amor, tu sabes no hay nada que pueda matarte. Me temo que me sobrevivirás y solo tengo treinta años.”  (My love, there is nothing that can kill you. I’m afraid you will outlive me and I’m only thirty years old.) I had just celebrated my fifty-sixth birthday. It was eleven years ago when I made my request and she has never asked me for anything except during moments of passion. I’ve attempted to convince her she does love me only she just doesn’t know it, evidently falling in love with a man like me is a risk she isn’t willing to take.

I’m out of coffee, cigarettes, and morphine, exiting my place with no umbrella, off to the Pulperia and Farmacia. Prostitutes flash their twenty dollar smiles and los bichos de calle (street insects, bugs) are out early searching for rocka tocka (crack), the deluge increases its intensity. The sky crackles with lightning. It could be worse, it could be raining.

What do we do? How should we think about living and dying and surviving when everything in-between is simply routine? ~ Tyler Malone

A bit about Judge: On a cool July morning in Chicago, Judge Santiago Burdon, like Dickens' David Copperfield, was born on a Friday. He attended Universities in the United States, London and Paris focusing his studies on Victorian novels and authors.

His short stories and poems have been featured in Magazines, On-line Literary Journals, Podcasts and a collection of Anthologies.

He is presently engaged in finishing his novel "Imitation of Myself." It tells of his experiences as a drug runner for a Mexican Cartel. Judge Santiago Burdon turned 67 last July and lives modestly in Costa Rica.