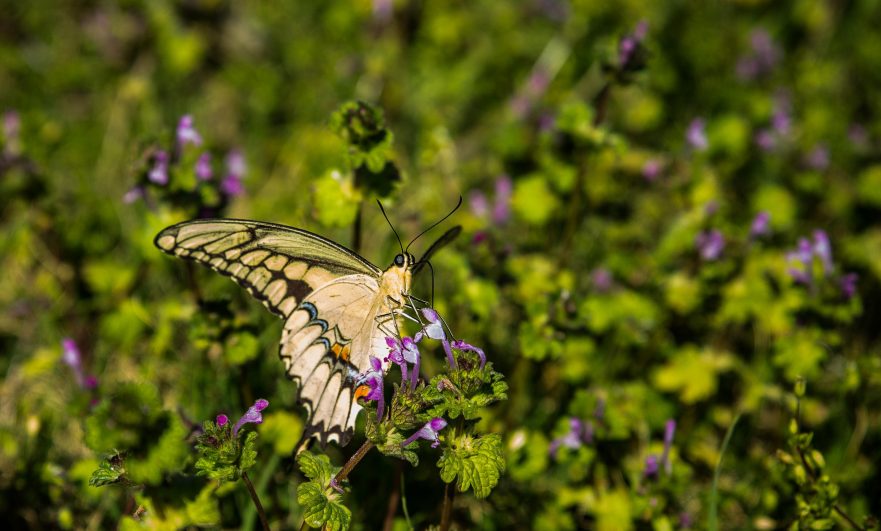 photo "Ben There Before" by Tyler Malone

Ignoring the sudden, throbbing pain in her hip, Katie limped to the front of the class.

“Kids!” She set her cane aside and motioned to get the second graders’ attention. “Look at this.”

​She held up a glass canning jar with a dragonfly in it and listened to their enthusiastic “Ohhs” and “Ahhs.”

​Jeremy, one of her more inquisitive students politely raised his hand. “Ms. Jackson,” he asked. “What kind is it?”

​Katie smiled. The bespeckled boy with freckles and red hair reminded her why she liked to teach so much. “See the color,” she said, holding the jar out for him to see better.

​Next to Jeremy, Sally raised her hand. “How do you know it’s a he?”

​Oops. A bead of sweat appeared on Katie’s forehead that she quickly wiped away. She tried to cover up her misstep by joking, “It just looks like a he, doesn’t it?” she asked, nodded her head in the affirmative. The class dutifully nodded along. Whew, she thought to herself, trouble avoided.

​Katie talked to the kids some more about dragonflies and their importance in nature and then gave the jar to Jeremy to take around the room to give the students a closer look.

While he was making his way up and down the aisles, she wondered what the class would think if she told them the truth, that the dragonfly wasn’t just some ordinary blue damselfly she’d captured in her garden. No. It was really her husband, dead these past three years, who had come back to life as a dragonfly. She smiled to herself. That would really freak them out.

She still had nightmares about that night. Ben had been driving them home from a holiday party and spun out wildly on an icy patch on the interstate. The next day when Katie awoke in the hospital, she learned Ben was dead and she had a crushed pelvis. She’d need a cane to walk for the rest of her life.

But the accident had been a godsend. Katie had taken what little savings they had and bought a small home in south Minneapolis with a postage stamp sized lawn. Over the next couple of years, she planted gardens and the colored flowers attracted butterflies and bees and Katie was proud that pollenating insects called her garden their home.

​Yesterday, after school, she was planting a new clump of golden rudbeckia, when she spied a small, blue dragonfly.

​“Hello, you,” she said, just to be friendly. It was the first of its kind she’d ever seen in her yard, and she stood quietly watching as it came close and hovered. Then it darted away and came back. And hovered. It reminded her of a well-trained dog that was frantic to show its owner something important.

​“What are you trying to say?” Katie asked as it circled around her head. A dog trying to communicate was one thing, but a dragonfly? Doubtful. What could a dragonfly possibly have to show her?

​She shrugged her shoulders and was about to continue with her planting when she had a sudden strange and unexpected thought. She remembered back to a long-ago summer when she was ten years old and she’d first met Ben and his friends. The boys had been talking about reincarnation and what they wanted to come back as after they died. She remembered Ben had wanted to come back as an eagle, or a cougar. Something like that. Could it be…?

​The dragonfly flew up next to her face, frantically darting back and forth as if trying to talk to her.

​Fat chance. Ben had been uncommunicative as a husband. Why she’d married him in the first place, she still didn’t know. He was lazy, didn’t like to work, and was argumentative. He also liked his beer. A lot. Plus, he had a temper and didn’t hesitate to use it to control Katie, or “The Old Bitch” as he liked to call her. Katie still bore a scar on her hairline from when he’d thrown a bottle at her. But she’d made a commitment to, “Love, honor, and cherish until death do you part,” and all that, so she’d stayed with him, hoping he’d change. But, he didn’t. The car accident that killed him was the best thing that ever happened to her.

​Now this dragonfly. Could it possibly be Ben come back to haunt her? She didn’t have to think twice. Why take a chance and miss an opportunity of a lifetime? She cupped her hands and trapped him and got a canning jar and put him in.

​“There,” she said, symbolically wiping her hands together to get rid of any trace of him. “Done. Don’t even bother trying to get away.”

​The next day she took him to school.

​The class loved Ben. They kept him on a windowsill for about a month observing him while Katie enjoyed watching him frantically try to escape.

​When the weather turned cold, she asked the students what they thought she should do with the dragonfly.

​Sally spoke up. “Won’t he freeze and die? It’s getting cold out there.”

​Katie smiled as she picked up the jar. Watching Ben frantically bashing himself against the side as if begging her to keep him inside where it was nice and warm was all she needed to see to convince her what to do.

​“All things have to die sometime,” she said. “Even dragonflies. Come on class. Let’s go.”

​Once outside, she opened the lid, shook Ben out, and a blustery north wind swept him away. The class watched for a moment and then hurried back inside where it was warm. Sally had been right, it really was cold out.

We all want to fly. We need to fly. But sometimes, when others let us go, that flight could be our last. ~ Tyler Malone