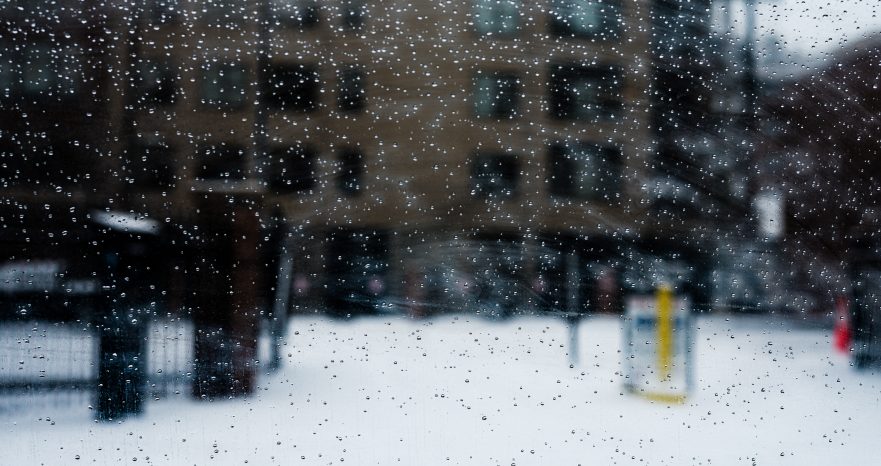 She had had to get out of the hostel at eight in the morning and stay out until eight at night, and that was in the good days, when she still had a hostel to go to. Now she had a dusty alcove off a hallway of a commercial storage firm, where no one yet, knew she slept at night. Soon someone would notice. Then she might sneak back into the high-rise college residence where she had slept in a washroom, which at least could be locked.

“You can only stay two weeks,” the hostel manager had said on her fifteenth day. “You’ve had your time. You’re not the only one, you know.” She had begged for another night, having nowhere else to shelter. Then she found the storage business’s janitorial area, but even there she had to stay away during daytime, when it teemed with people storing things.

No, she wasn’t the only foreigner washed up on grimy pavements, her last pound spent. Her best strategy was invisibility. But any strategy must include shelter, and food. She had an undocumented under-the-table dish-washing job and leftover food came with that, but shelter cost money. She had tried to hang around the cafe unnoticed at night when they locked up, tried to hide inside—but they did notice. “Go home,” ordered the manager.

Home? No such place since boarding the plane in panicked flight from risk and fear. The airport was the last warm place she could remember.

Shivering on the sidewalk she stared at the Christmas display in the window of a department store, an emporium of luxury goods. They were only ordinary goods really but seemed luxurious to her. She came daily, for comfort, letting her eyes glaze over in front of bright displays, letting the grimy city surroundings blur out. In the shortest darkest days of the year these windows shed a warm glow. When she couldn’t sneak back into the storage hallway, shouldering her scruffy backpack, she would come to gaze at scenes lovingly constructed. What a fabulous job it must be to create a tableau in warm safe surroundings, a stage set of joy, of detail and whimsy which thousands of people would admire.

She too was “people,” and she too could admire. Imagining herself inside the life depicted here, she drew sustenance. Even she could stop and stare as long as she was not too often noticed. She would be seen as a vagrant and probably a shoplifter, a drug-user. I am not the last two, she reminded herself, but the first? Yes.

Her eyes feasted on the Christmas display of a country house, a drawing room decorated with holly, bathed in golden candlelight, with an enormous fir tree in a corner and stockings hanging from an exquisitely carved mantel piece. (Imagine living a life where going into a garden to cut the holly was your chief task for the morning, she mused.) A glossy teddy bear sat on a plush armchair, a rocking horse with a red bow waited beside the hearth, tiny boxes of chocolates and piles of colourful books stood on polished tables. She fed on these images, returning day after day to a dream life in an alternate miniature world.

This window theater spoke stories everyone knows, stories lodged in cultural memory. Imagination, dreams, can save lives. Even the indigent can absorb the dream of comfort and inclusion.

And after Christmas: a new year. A new start also glimpsed with vision best kept blurry. After more months of dodging officials, of finding other hallways, other abandoned offices to hide in, she would notice the weather becoming milder, daylight lasting longer. Bands would play in city parks, and life would get easier. Maybe.

What could a new day bring? Everything you’ve hoped for, or does it carry today’s destruction? ~ Tyler Malone