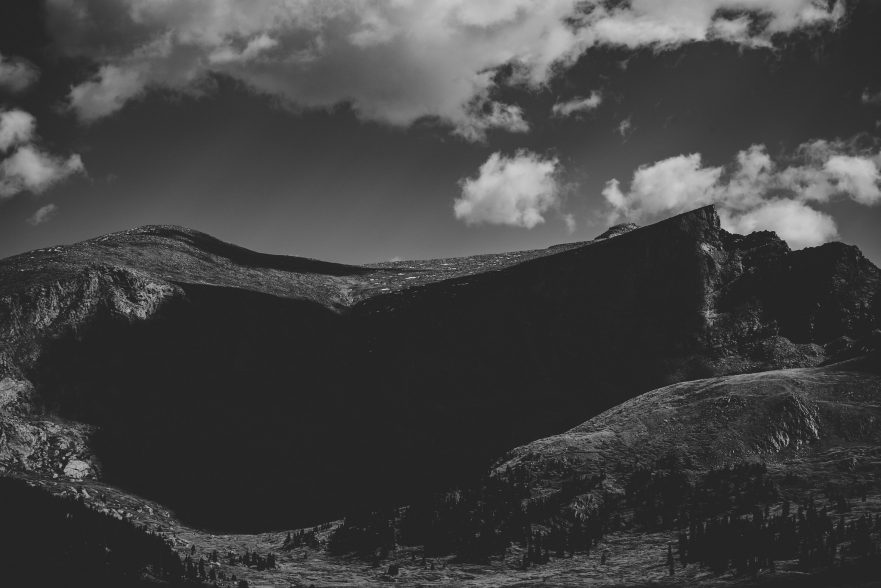 The sun rose on Mars, and Spektor watched the grainy images sent back by NASA’s rover on his computer screen. The MP3 playing was a European dance beat without any real instruments, produced by a South African DJ who never showed her face. The time was 3:21 in the AM. Evanescence, Spektor’s girlfriend, was out somewhere, either at work or a dance club. He didn’t worry, they had matching tattoos to lockdown their fidelity. And Mr. Magoo, Evanescence’s turtle, had apparently signaled to Eva that Spektor was it while Spektor was “away on business” two winters ago. The truth was, Spektor was back in his homeland wandering along fjords and through herds of reindeer to scatter the ashes of another dead sister.

Spektor looked down at his feet. Mr. Magoo was standing on top of them and staring at Spektor bemusedly, paternal and knowing. “You want to eat, buddy?” Spektor reached into his bag of miniature carrots, leaned down for Mr. Magoo to nibble the root from his hand. The image on screen blinked as the sun fully emerged from the Martian horizon; the cameras on board the radio-controlled explorer adjusted their apertures. Behind him the lock on his door clicked open.

Spektor was turned toward his partner of three-and-a-half years reading a letter and weeping on top of their welcome mat. Evanescence was emotional and liberal with tears, but usually at poetry or butterflies on their rooftop garden. She would’ve loved the Red Planet’s sunrise, thought Spektor. A bit dumbstruck, he stared, until Mr. Magoo snapped on his carrot-like thumb and moved on.

“Ouch! Eva, what’s wrong?”  Spektor got up and walked toward Eva to comfort her.

“Stop. STOP!” Eva extended her arm, palm out, in the universal gesture to halt. Suddenly her face turned aggressive and demanding.

“Your dad wrote a letter to me. His health is fading, and with none of your sisters there to tend the farm, or help him get about the town, he’s afraid that soon he’ll be forced to sell with nowhere else to go and that eventually the state will institutionalize him.”

Spektor considered the prospect. His first thought was, That doesn’t sound so bad. But his attention quickly returned to Eva.

“You told me that you were an orphan, and that you never knew your family. You grew up in Pittsburgh! Is that even true? This letter’s from Norway! I thought you were German. He goes on to mention the car you learned to drive in… What’s going on here, Spektor?”

Spektor observed a sadness in Eva’s expression, a willingness to listen and maybe even believe whatever lies he decided to feed her this time. Spektor never broke eye contact with his woman, and he realized a stoic countenance right now would be likely perceived as detached and cold. He attempted to convey a guilty heart by relaxing his bulky frame and contorting his brow like a penitent sinner or suffering martyr.

“I never told you about them because the government asked me not to.” It was the honest truth.

“I was brought here because of some scores on scholastic tests and impressive athletic feats that caught the attention of people who look for those things. I was recruited before I finished high school, and my dad knew all about it; received a handsome payment in exchange for his only son.”

“But you’re an engineer and airman in the United States Air Force. You design dams, you prevent droughts. I don’t get it.”

“In one year I’m leaving, and I’m probably not coming back for a long time. Unfortunately, nobody can come along with me.”

“They found some water on Mars, and I’m gonna head a team that will go there and see how far we can stretch that small supply – or if there’s more – in order to proceed with the government’s plan to colonize Mars, search for life, and if possible, mine the planet for valuable metals and minerals. Norway and several other allied nations are on board with this plan, as well. I’m sorry, Eva.”

Eva looked down, and sauntered past Spektor toward their computer. A peppy song played that sampled a video game beat from an earlier generation; it climbed the charts fueled by nostalgia. She turned off the music, and stooped down to pick up Mr. Magoo. At that moment, hugging him close, Evanescence wished she was the one with a shell.

“You lied to me, mister,” and she closed her eyes to rub her nose against Mr. Magoo’s. And Mr. Magoo felt warm and cozy, apologetic and thankful to be forgiven. He smiled and closed his eyes; he felt loved.

But then, Evanescence altered her grip. It went from snuggly and calming to entrapping and unrelenting.

“I’m tired, Speckles.” Her face and affect seemed flat as the TNT-leveled terrains that Spektor had come to know so well. “I think we should go to bed.”

And Mr. Magoo drew in all four of his stubby, wrinkled limbs, drew in his tail and phallic head and neck, as he spun, in a clockwise motion, out the open window, flung by the woman who’d fed him so many worms and cabbage leaves. He spun and spun, cut through the atmosphere at a most unnatural speed for his species. He hoped and prayed to survive the landing without too much pain or irreparable damage. But then he remembered his training and fired up the rocket-powered brakes. He deployed his parachute and landing gear designed by men with the highest scores and tested by men with the fastest times.

Turtle power! Some might say it’s an abomination of nature, but those people need to come out of their shells. ~ Tyler Malone

A bit about Jake: My name's Jake. I write poems, short stories less often, and practice pediatrics in Oregon. I used to be an activity duty member of the US Air Force. With my wife and daughter, we have a lot of animal companions!