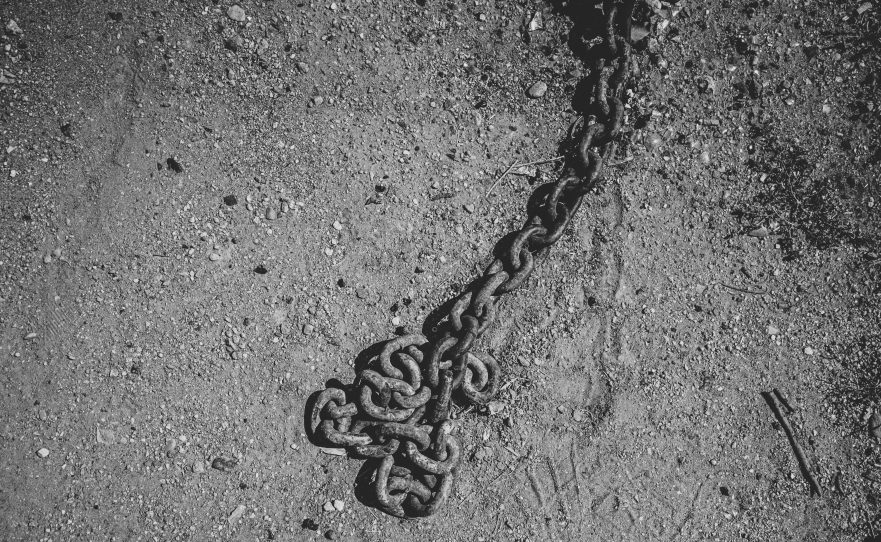 photo "Watch Out! It Could Be a Snake!" by Tyler Malone

The old snake made its way around SouthGress. People saw it in several spots on occasion. But among its favorite of spots was the carousel. It would wind around the circle of the carousel’s low metal gate several times and then settle into a sleep as the dawn broke.

On the days when the snake curled around the carousel, only the most adventurous children would ride. Angkang, the carousel operator would turn on the lights and music from the booth, a small box outside of the snake’s circle. The children who dared would crawl over the three or so coils of the snake’s body. Some tried to be gentle, others treated the snake as they might an inanimate pile. It slept through even the days of heavy, treading traffic. It seldom blocked important roads in the town. Despite this consensus that the snake was an innocuous reality of life in SouthGress, on the days when the snake’s mouth came to rest just by the entrance of the carousel’s gate, no children were seen riding the carousel.

As the sunlight retreated at jagged points between buildings and trees, the snake’s retinas opened. It lay for moments, darker than usual, not moving. Angkang had closed the carousel hours ago, and no one remained in the park. The snake slowly flicked its tongue. It tasted the rain that was coming. It looked left then right with its dulled, blue eyes. And finally focused its attention on the itch at the tip of its nose. It was a dot, a simple single dot. But the snake knew it would grow. It was a cycle as certain as the seasons, though it seemed to the snake that the intervals had stretched with time. It was life, and the snake pressed its nose into the grass and rubbed.

The grass, the ground beneath it, neither was hard enough, so the snake moved toward the woodlands. Its tail was still in the park when it pressed its nose against the large trunk of a tree. It felt good.

There was a gentle crack. The itch released into a tickle. And the snake flicked its tongue out into the air, up against its nose, and moved on toward the rocks at the other edge of the woodlands of SouthGress.

Jeremy would stand in front of the full-length mirror glued to the outside of his closet door. Sometimes he would step close, look at the reflections of his hands, and think of a lover. He would press his hands against the mirror, imagining the image of this lover’s hands. They were so large. Solid, thick fingers, blocky. Jeremy would contrast the reflection of his own with the image of this lover’s, sometimes with simple marvel and sometimes with sophisticated longing.

The carousel was especially busy and Angkang particularly vocal and chipper in the absence of the snake. The snake had cracked its molting skin fully across its face and now slept between rocks and trees.

Other times Jeremy would dance in front of the mirror. Further away, the reflections of her arms could be seen spread wide. She liked the look of Chaste Crimson 033 on her lips. It was bold and accentuated the lightness of the blue in her eyes. She preferred to dance in boots with high heels. The pose inherently toned her calves, tightened her thighs and buttocks. The sex in the reflection evoked in her the imagination of a lover.

Jeremy looked out of his window. The small circle at the Victorian’s peak looked over the southwest of SouthGress. She turned and pulled on a white T-shirt with his gray sweat pants. SouthGress was dark. It was just after 2:30am, and Jeremy was preparing to go to her paper route. On the stairs, he heard the music from Angkang’s room. It was melodic. In the car Jeremy found the radio station and continued listening.

The snake pulsed, pushing the skin further down its body, inch by inch. It weaved among the rocks and trees, tugging at the husk. Slow, in wide arcs across the Earth, it made its way back toward the carousel. It shined in the moonlight, the smooth milk-white scales of its belly hidden. Several feet before exiting the forest, it tugged away from the tip of the dead sheath. It flicked its tongue into the sky, and tasted the fair weather, and knew of the sun that would bathe it for the first time. It would curl up around the carousel’s gate by morning, its eyes bright as new wet stones.

Jeremy collected and folded the day’s papers at a large warehouse. There were a few loud voices. But for the most part, all the people were quiet, methodical. An atmosphere of sleep hung over many. And on this day, in just under half an hour, Jeremy wheeled the prepared papers out to the car. On the radio, the Snake Report announced the snake was again nearing the carousel. The forecast called for the snake to settle around the carousel. Then another song began, and Jeremy turned off the radio to review the day’s list of subscribers.

The sun was up, and the forecast had become a confirmed fact by the time Jeremy returned home. Angkang was in the living room drinking coffee.

He looked at Jeremy and smiled. “We all look the same at this hour.”

“Yeah.” Jeremy smiled back. “The snake is around the carousel today.”

“Magnificent. Should be a fine bike ride into work.”

Jeremy paused behind the sofa where Angkang was sitting. “Have a good day.”

“You have the good day. You’re already done.”

Shed skin to show what’s under everyone what you’re really made of. ~ Tyler Malone