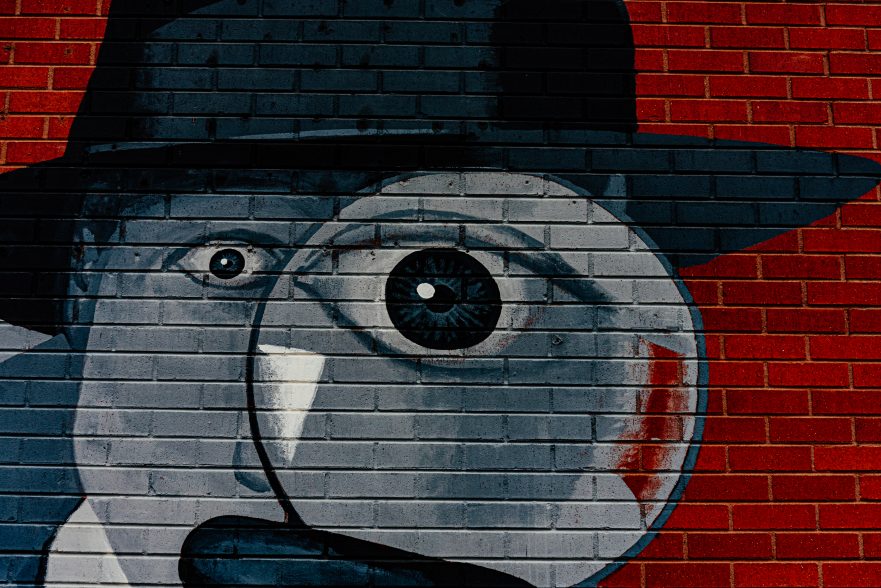 photo "Eyes on You!" by Tyler Malone

It was not the torso that Greeks and Romans sculpted for generations to immortalize the ideal physique; neither the Celtic mane of a Scottish highlander nor the stature of an Amazonian warrior. It was simply the freckles on his irises that brought it all about, an obsession that changed the entire course of my life. His eyes reminded me of the planets I used to view in one of the books on my dad’s bookshelf when I was a child. They possessed a celestiality that emboldened my gazes beyond the limits of etiquette. I never wasted a chance to observe the velocity of their hues when he sought my opinion on one of the designs he placed upon my desk, which he frequently did. He must have attributed my prolonged gazes to my meditative habits for he had caught me in the act on several occasions, gazing at the moon in a semi-swoon. He was always too polite to interrupt those communions and left it to the caretaker to inform me that it was time to go home. I was the first to arrive at work and the last to leave a tranquil environment that I preferred to my flat in a very noisy compound.

At times, I thought my fascination with his blue orbs was literary in its essence since Edgar Allan Poe’s “Ligeia” was a tale with a powerful impact on my consciousness, but my interest was not spiritual, nor amorous. When my attraction had grown to an addiction, his visits to my desk suddenly stopped. A newly appointed secretary supervised the entire proceedings of the company and haunted his office like a ghost. I had always kept to my desk so I could not ask anybody about the new way of conducting business without arousing suspicion about my personal interest. Days elapsed without a single glimpse of a boss who graced every room with an amiable presence.

With every passing day, I grew more sullen and at times behaved rudely towards his secretary. When she could not contain my moodiness any longer, she apparently reported me and I was summoned into my boss’s room shortly before I prepared to go home. I was not feeling apprehensive about any possible reprimands. Instead, I was desperate to see his eyes. The secretary left the room as soon as I was ushered in with a cordial smile, the first I had seen on her mouth.

I could not hide my shock at seeing Mr. Luscence wearing sunglasses in a room lit by various lamps. I gasped. It took me time to return his greetings, which I half-heard.

“Have you been unwell?” he gently asked, in a tone of genuine concern.

“I think I am,” I honestly responded.

“Is there anything with which you are displeased,” he added after a long silence. There was apparent sadness in his manner of address. He had never treated us like a boss, so I decided to confess my plight and then quit the job because continuity was becoming impossible.

“I am used to interact directly with you. The secretary is a barrier…” I paused, not knowing what to say next.

“I am afraid Grace is more than a secretary. She is my cousin, and now my eyes. You will get used to her by and by,” he courteously explained.

His eyes! I reiterated in my mind. I did not feel jealous because I was sure I was not in love with my boss, yet I preferred any other organ in his metaphor, a hand or arm, to the freckled irises.

“Would you allow an exception? I am ready to come to your office as often as needed,” I paused, suddenly held by a smile that shone upon his mouth.

“It would not make any difference now, Mildred. Wouldn’t these dark glasses be a barrier too, for you?” he softly asked.

He must have known all along about my fascination with his eyes. An idea suddenly flashed through my mind.

“Something the matter with your eyes?” I inquired.

“Yes, I am now semi-blind. A tumor I’d rather not talk about. It would not be long before everybody knows,” he calmly responded.

I sat on the nearest chair and I do not recall how I returned home. I never went back to work. For me there was no point. I did some voluntary work at a care home for the blind and then obtained permanent employment there. Months passed and I lent my irises to every blind man entrusted to my care. I thoroughly enjoyed my task. Then one day a colleague told me I was wanted in the admission office because a new patient was inquiring after me. To my surprise, Mr. Luscence had asked for my help with some paperwork. He had opted for early retirement and decided to retreat into a home where I would lend him my eyes until his imminent demise.

We can’t see what happens next, only what’s gifted to us presently. Hindsight is perfect clarity, but keep your eyes wide open for what happens right now. ~ Tyler Malone