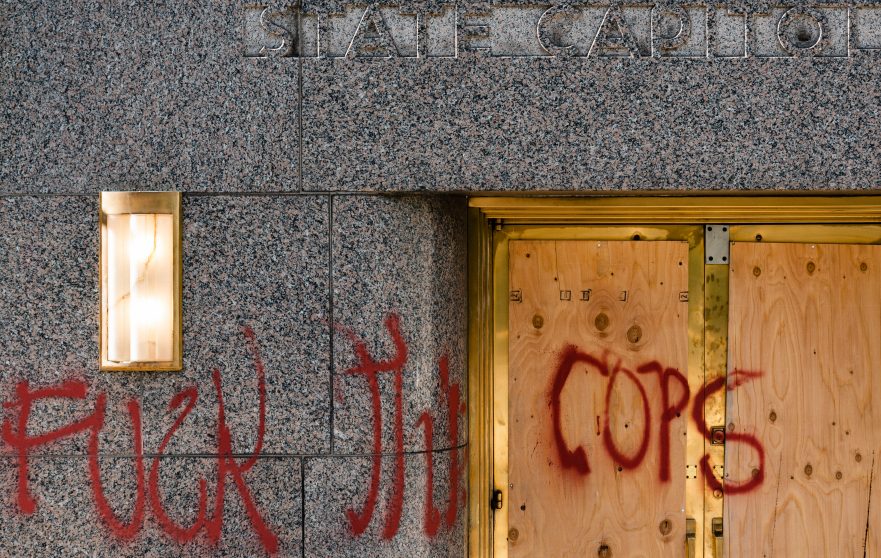 The best result of hearing a police siren when you are in jail is that you know they aren’t after you. Of course then you must deal with the reality that your ass is incarcerated. Los Robles prison near Punteranes, Costa Rica. I’ve resided in gray bar hotels in a few states back in the U.S. and had the hospitality of carceles (prisons) in more countries than I’d like to admit. Taking all into consideration this place is better than most foreign prisons, and much better than San Sebastian prison near San Jose.

But it’s so fucking hot. My body melts into my plastic mattress. Sweat collects in the small indentations left by my arms, legs, head, and ass. Tiny pools of perspiration that evaporate much more quickly than I thought, being in a tropical location. The chant “offi agua offi” is constant and relentless. The officials or guards turn on the water in the cells twice a day without warning. It shoots out from a pipe in the wall with force. There’s a mad dash to pickup belongings from the floor. And we all scurry for plastic jugs and empty soda bottles to fill. The spewing water also serves as the shower. And I have been caught more than once all soaped up and the water gets shut off. Then I am forced to use my water I collected earlier saved in my two plastic bottles. The others laugh and comment with words devoid of encouragement. They call me Gringo Tonto.

I’m sharing the confines of this luxurious twelve foot by twelve foot cell with five other guests. Three Ticos, one Nicaraguan or ‘Nica’ as the Costa Ricans refer to them with contempt. There’s a Honduran who is the biggest man I’ve ever been associated with. I call him Lenny after Steinbeck’s character from Of Mice and Men. Screaming and hollering fills the place, it echos, banging off the walls. A fight has started, just another exhibition for your entertainment. This time from what I can see it appears to be some M13 Salvadoran boys mixing it up with Los Negroes de Limon. There’s two guards on duty for eighty to one hundred inmates. They don’t seem to be in any hurry to end any violence.

It’s near lunchtime and I’m fucking hungry. I traded my breakfast for an opportunity to make a call on a smuggled phone. Now lunch will be delayed or most likely never served due to the disturbance. Day five has come and gone without my mandatory hearing. The prosecuting attorney asked if I would like a representative from the United States embassy. I answer, “For what purpose?”

When I was arrested once before for shooting a thief during a home invasion with a crossbow, I waited four days for my embassy liaison. What was the result of assistance from the U.S. embassy here?

“I hope you can afford a good attorney, then” He concluded. That bullshit you see in movies, where an embassy liaison shakes every tree and searches under every rock for an end to your incarceration, for justice, is just that… BULLSHIT! Just like you see in the movies.

The prison rumble diminishes as forty to fifty police dressed in riot gear enter wearing shields, helmets, and tossing fucking gas. I make a dash to my plastic mat bed for a towel which I douse with water and tie tightly over my head and face. Lenny notices my defensive measure to lessen the impact of the gas and does the same. I lay back and hear cell doors being slammed closed and the screams of those being beaten by the police with their wooden clubs and metal batons.

“I wonder what we would have had for lunch?” I mention to Lenny.

“Dry chicken, overcooked rice and stale bread with warm Kool-Aid.” He answers back.

We both burst into laughter as chaos continues.

A bit about Judge: On a cool July morning in Chicago, Judge Santiago Burdon, like Dickens' David Copperfield, was born on a Friday. He attended Universities in the United States, London and Paris focusing his studies on Victorian novels and authors.

His short stories and poems have been featured in Magazines, On-line Literary Journals, Podcasts and a collection of Anthologies.

He is presently engaged in finishing his novel "Imitation of Myself." It tells of his experiences as a drug runner for a Mexican Cartel. Judge Santiago Burdon turned 67 last July and lives modestly in Costa Rica.