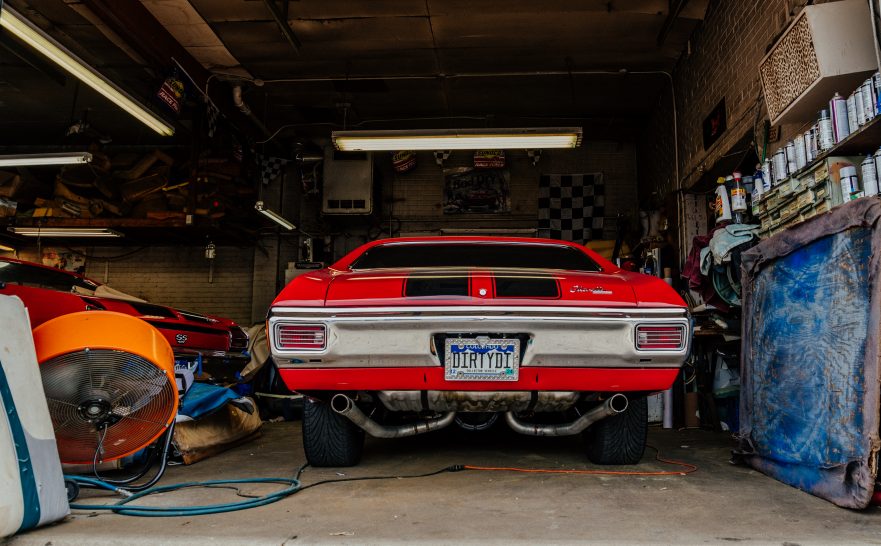 Maxxon Studios decided to make a sequel to Vanishing Point. The original movie was made in 1970 using a white Dodge Challenger, and the star was named Kowalski. Kowalski was a Vietnam veteran. He’s delivering the Challenger from Denver to San Francisco, and a chase starts after he has a run in with the cops in Denver. There’s a black radio disc jockey called Super Soul that guides him through the car radio.

A sequel was done in 1997 using a white Dodge Challenger also, but a newer model. The star’s name is Kowalski also and he’s a Desert Storm veteran. The disc jockey is a white conservative called the Voice.

In this sequel an unknown actor will play Kowalski and he will be an Afghanistan war veteran. A Bollywood beauty will play the disc jockey part. She’ll be called Super Voice.

The production company set up camp in Tonopah, Nevada where most of the chase was filmed. The new Kowalski has dark curly hair and 1970’s sideburns like the first Kowalski. His car is a white 2017 Dodge Challenger Hellcat, set up with a CB radio.

The director decided to keep a scene from the original Vanishing Point. Kowalski was speeding along the highway when he sees two men standing by an old station wagon on the side of the road.

The back window of the station wagon has “Just Married” written on the window in white shoe polish. Kowalski pulls over and tells the two men to hop in. The men are gay but Kowalski doesn’t care.

The men are sitting next to each other in the rear seat and Kowalski glances into the rear-view mirror and grins to himself.

Kowalski has had enough as he reaches into the back seat, grabs the gun from the man, opens the door and throws them both out.

On the fourth day, the script called for Kowalski to outrun the Highway Patrol on a stretch of Highway 95. The stunt coordinator had briefed him on the run and told him to keep the speed under 85 miles per hour.

They were filming from a helicopter that was substituting for a Highway Patrol chopper and Super Voice said, “Watch yourself, Kowalski, the big blue meanies picked up your trail and they’re on it”

The director watched the in-car camera as the speedometer started to climb past the 100 miles per hour mark.

“All right, bring it down. You’re going too fast,” the stunt coordinator spoke into the CB radio.

Kowalski pushed the gas pedal to the floor. The director took the mike and yelled, “All right, Kowalski, stop the car right now.”

Kowalski said, “I’ve got to get the Dodge to Frisco by midnight,” as he pulled the microphone cord out of the radio.

The Nevada Highway Patrol was waiting for him south of Hawthorne as he blew past them.  “One hundred and seventy-two miles per hour,” the Trooper said to his partner as he pointed the radar gun at the Hellcat.

When Kowalski tore through the town of Hawthorne, a Sheriff’s patrol was waiting for him. The deputy clocked the Hellcat at 190 miles per hour. Kowalski watched the deputy peel out behind him, as he swerved to avoid a tumbleweed on the road.

His right front tire went off the road and the deputy watched as the Hellcat left the road, tearing up the desert. The Hellcat was traveling at about 70 miles per hour when it slammed into a mesquite tree.

The deputy was joined by the two troopers. The senior trooper yelled for the driver to exit the vehicle with his hands up. “I can’t get out, I think both my legs are broken,” Kowalski screamed back at them.

A trooper approached Kowalski with his rifle aimed at Kowalski’s head. The trooper ordered Kowalski to place both hands on his head. Kowalski looked at him and using his best lisp said, “Why are you laughing, Mary?”

Every year is another sequel to the bloodbath that was the year before, and we all buy a ticket and simultaneously can’t wait for the next sequel already. ~ Tyler Malone