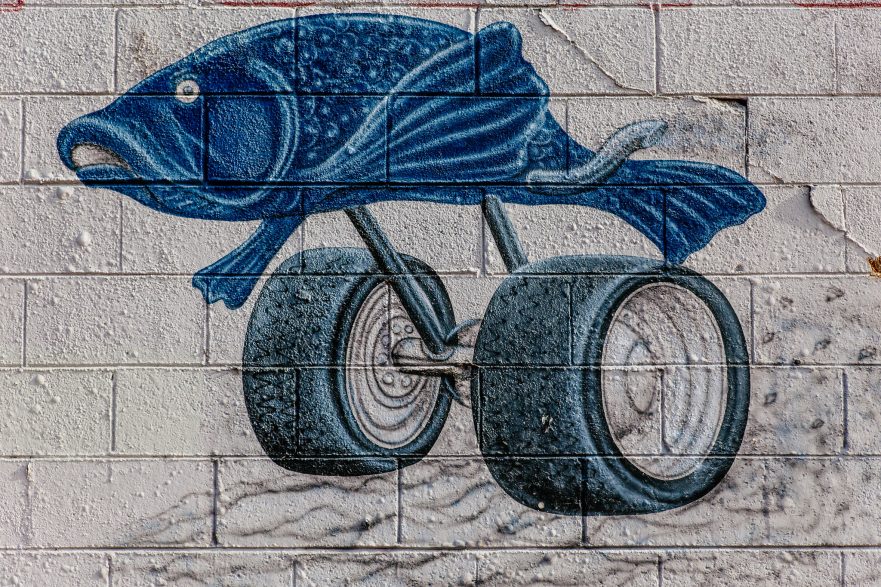 You might think I’m a fan of Henry David Thoreau because I’m building a cabin away from everything in the woods in northern Maine. But I have a different reason for wanting to get away.

I started working at the Dalton Corp right after I graduated from high school twelve years ago. It used to be a good company to work for, good pay and benefits. Also there’s a nice looking woman, Anne-Marie, who works in the cafeteria. I would love to take her out on a date. But I’ve been too shy to ask her.

Dalton started to change a couple of years ago. This new guy, Sheridan, started working in our department. After he had been there for about a week, my buddy Casey asked me what I thought of the new guy.

I didn’t have an opinion so Casey said, “Go talk to him. Take a good look at him.”

Later I asked Sheridan if he had seen the Red Sox game the night before.

Without even looking up at me, he said, “I don’t follow sports.”

I tried politics next. “What do you think of the president?”

Everybody has a strong opinion, either pro or con, about the president. But Sheridan said, “I’m not interested in politics.”

When I told Casey about it, he asked, “Didn’t you see anything unusual about him?”

“I have to say, Jimmy, you’re not very observant.”

“Oh, come on, Casey. I know they have robots in the shipping department, but they don’t look like people. Why would they put a human-looking robot in our department?”

“Because they want to get rid of us. When they have enough robots in place, they’ll just get rid of the people.”

Casey had a conspiracy theory for everything. Still, I tried one more time to get a good look at Sheridan. I asked him if he had read about the robbery at the Keystone Bank.

This time he did look up at me. He started scratching his arm and said, “I don’t have time to read the news.”

I saw Casey a little later and said, “Well, so much for your theory about Sheridan being a robot. I was talking to him this morning, and he started scratching his arm?”

“A robot wouldn’t scratch his arm. Only living things have itches.”

“Oh, Jimmy, you are so naïve. They know that people will look for things like that, so they have the robots pretend to scratch themselves just to throw you off.”

Soon a lot of changes began to pop up in company policy. They shortened the breaks from fifteen to ten minutes. Everyone grumbled about that but what could we do? They took some of the popular items from the cafeteria menu, and the quality of the foot wasn’t as good. I still went to the cafeteria for lunch every day because I enjoyed talking briefly with Anne-Marie when I paid for my food.

The next thing was the new ID tags we had to wear on the job. The forman said it was for protection, but who was being protected from whom? Casey said they used to ID tags to keep track of us. They enabled the company to know where we were at any time. Casey said that someone had been reprimanded for spending too much time in the restroom, but I don’t know where he got that information.

Then one day Casey told me that the Dalton Corp was run by a program in a supercomputer.

That was too much for me. “I get so sick of your conspiracy theories. Where do you come up with this kind of information?”

“I read it in The Inside Dope. The company officers and the board are all just figureheads. The real decisions are made by the computer. Anyway, I’ve had enough of this company. I’ve found another job. I start next week.”

The Inside Dope is a really unreliable source of information, but I was tired of Dalton Corp too. I would have looked for another job myself, but I wanted to see Anne-Marie every day. Then a new guy was working with me in Casey’s place. He was another weird guy you couldn’t talk to.

I decided to quit, but before I went, I was going to ask Anne-Marie out on a date. I marched to the cafeteria, even though it wasn’t break time.

Anne-Marie looked at me and asked, “What can I do for you, Jimmy?”

“You can go out with me after work, Anne-Marie. I want to buy you a drink.”

I had not been prepared for that. “Well, a cup of coffee then.”

So that’s why I’m here in the woods building a cabin. I want to get away from the whole damn 21st Century.