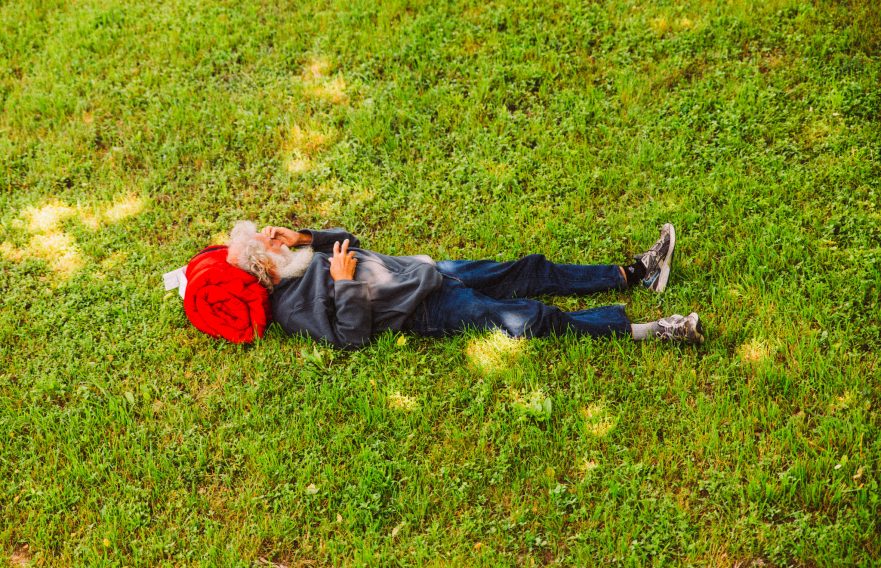 The cloud from Danielle’s vape enveloped the inside of her car like a Saharan sandstorm. Passers-by suspected her vehicle was in flames but instead of calling the emergency services they took a selfie, pinged it on WhatsApp, captioned it Car on fire lol and went on their way. Danielle applied another nicotine patch, sucked on her vape until she felt dizzy then shoveled some more gum into her mouth, chomping like a horse eating hay.

She was on sixty patches a day and when she plastered them across her cheeks American football fans regularly hustled down to the line of scrimmage.

She finally saw what she’d been waiting for: a woman with thinning hair, in a grubby shell suit and Reebok classics, carrying a see through bag with a black and white designer dress inside. She stepped out of a charity shop with a glint in her eye, lit a cigarette and puffed on it as if she was breathing her last breaths from a respirator.

Danielle gunned the engine of her hatchback and tailed the woman down a steep hill. But she got stuck in traffic and lost her target who weaved her way through the city streets on foot, heading towards the river. Danielle parked the car, gave up her search and took a seat in a coffee shop by the South Bank, trying to ignore hostile glares because she’d placed four nicotine patches on her forehead to soothe her frayed nerves.

After an hour of moping, her attention was drawn to a familiar sight. It was the black and white dress now being worn by the woman she was trailing. The woman’s hair was neatly tied in a bun, her mouth was smeared with thick red lipstick and she was still wearing her Reebok classics. Danielle followed her to a queue for the Royal Ballet performing in the nearby theatre. Before the woman could enter the building, Danielle jumped the line and grabbed hold of her sleeve spinning her around so they came face to face.

“And you’re wearing it wrong.”

“Excuse me, but I bought this today. And, lady, who are you to give fashion tips?”

Danielle was wearing Crocs, a Nike air poncho, and three fanny packs strapped around her waist to carry her vape, gum and nicotine patches respectively.

A guard separated them before they could come to blows and he led Danielle away. Fuming, she sat on a concrete bench—splattered with bird shit—and waited for the performance to finish, ready to confront the woman as she left the auditorium.

Dusk turned into deepest night and the crowd streamed out of the theatre. As Danielle kept her eyes peeled for the woman, someone tapped her on the shoulder.

“Danielle?” a man in figure hugging tartan trousers, black and white Doctor Martens and a bow tie, said. “I barely recognized you. What on earth are you wearing?”

“Hello, Mr Cross,” Danielle said, wanting the ground to swallow her up. “What are you doing here?”

“I know it’s been hard since our company went under but the ballet is always a must, no, hmm?”

He lit a cigarette and blew smoke into Danielle’s face. She didn’t mind, she probably deserved it.

“About the fashion house, Mr Cross,” said Danielle, “any chance it can be saved and we can get our jobs back?”

“Afraid not, darling, it’s as dead as the dodo. But don’t let that stop you from wearing foundation, no, hmm?”

Just then Danielle spotted the woman in the black and white dress scuttling out of the building and down a side road.

“It’s been a delight. And, Danielle, some advice, deodorant is not your enemy.”

Danielle followed the woman into a motorway underpass where vagrants were slumped against walls swigging extra strong lager from paper bags, while others gathered around fires burning in metal bins, smoking roll up cigarettes with fingerless gloves. The woman slid into a shady corner where pigeons congregated and there was a steady drip creating a murky pool of rain water. She began to undress into apparel more fitting for the homeless life and Danielle pounced.

“Now, I want those clothes back,” she exclaimed, trying to pull the black and white dress over the woman’s head.

“Help! Help!” said the woman. In a matter of seconds, a mob had surrounded Danielle. She released the dress and held her hands up, saying, “Look, please understand, I just want what’s rightfully mine.”

Just then shafts of light from the cars on the motorway overhead illuminated the horde, causing Danielle to gasp. Everyone, despite having dirty faces and rotten teeth, were all wearing high end fashion—tailored three-piece suits, leather handbags, expertly stitched gowns.

“These are all mine too,” said Danielle, “I designed everything. How did you get all these clothes?”

“Fire sales mostly. I think it’s called the trickle-down effect. I found the ballet tickets in the clothes as well. You know these outfits really have changed my life.”

“I need a smoke,” said Danielle.

The woman opened a silver cigarette case and offered her a Davidoff. Danielle ripped off the patches from her face and lit up. She sighed. Ash fell on her chest, almost catching fire. She patted herself down and was struck by inspiration—noticing ways the tramps could adjust their outfits, make them pop and come alive. She felt something which was missing for months since she lost her job and quit smoking. Maybe there was hope, a way of putting her skills to use again but this time for the greater good—a designer for the poor and the needy. A range for the underclass. Either that or make a line of inflammable ponchos. Maybe Balenciaga would be interested?

What looks better on anyone than desperation? Desperation in different shades with brand names attached to them, of course! ~ Tyler Malone