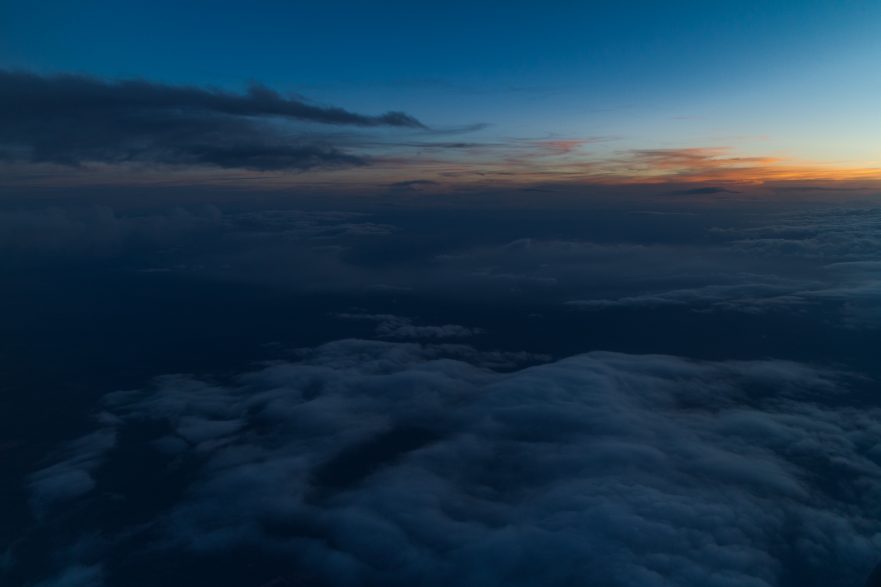 photo "Above All That's Below" by Tyler Malone

The storm had passed by the time that dawn came. Wind fluttered into the back porch from over the lake. It had been a long journey from the other side of the continent but they would need to make it back soon. But before that could happen there would be kind of a long journey in and of itself and that would be kind of the reason for coming out here in the first place.

He left the rental property in what must have been the single worst rental car in the entire state. The thing seemed to be held together entirely by simple hope that it would continue to hold together. Like any piece of technology held together by hope, it seemed to be looking entirely for his permission to fall apart at every turn. He was steadfast in his attempt to keep it from giving it any indication that he was at all okay with the idea of it falling apart. He had to make it to a very specific spot in the jungle for a very specific moment that had almost nothing at all to do with a rather old foreign-made vehicle falling apart after years of use by various visiting strangers.

The long, soggy vegetation of the swamp wavered confidently in the breeze that was heavy with anticipation of the coming storm. Passing traffic seemed to be eager to make it back to the garages and carports that were their homes. There had been news of a tropical storm over the weather service. That storm could turn into a hurricane pretty quickly. This was precisely the sort of thing that he was counting on at this moment. It wasn’t precisely what he was counting on, but it was a lot like what he was hoping would happen.

The drive to the specific point in the swamp that he was trying to reach was going to prove to be more than a little difficult to find, but he was determined to get there. He’d identified that spot in the swamp quite a few times over the course of the course of the trip. The problem was that it kept moving. And it wasn’t moving in a very clear direction. It wandered in various directions with no particular course in mind and no real pattern . It didn’t help that he wasn’t looking for any specific set of features, but rather a feeling. And that feeling that wasn’t all that easy to identify. Such was the rather imprecise science that he felt as though he was dealing with. In truth what he was dealing with was in no way a science but a strange art that sometimes wanted to be a science. The art’s desire to be a science had been so strong that it ended up being defined as that by a great many people including the man that was currently looking for a vague feeling all over a swamp that he had never really been in before.

They say that magic was an art. And in a way it was. It was an art in that it was not a science. But was it really art? Had anyone really asked for magic’s opinion on the matter? Not really. That would have been a bit absurd. But was it really anymore absurd than trying to find a vague spot in a foreign swamp with an impending hurricane looming down on it at any moment? There is absurdity and then there is absurdity and then there is dangerous absurdity. It always ends up being kind of difficult to define things, which really helps to define the nature of the problem that the man was dealing with at the moment. And really, searching for that kind of definition was exactly what the man was trying to do in reaching through that specific part of the jungle before the tropical storm hit land and became a hurricane.

There was absolutely no traffic on the road. The man was searching for the right feeling in the pit of his stomach, or was it the right memory that he was looking for or was it that he was looking for just the right feeling in the heart of his sense of humor or was it . . . was it actually the right kind of motion. A complicated set of internal and external conditions which would come to focus, fitting the exact fingerprint of the moment that he was looking for just at the right time and it would all come together under just the right circumstances, but it was actually very, very difficult to tell what may or may not have been going on with respect to it all because it was all coming together at odd angles for him. The vegetation in the swamp seemed to be looking on with strange feeling that something may or may not be sinking in and everything seemed to be signing a kind of concern that ended up resonating within him in just the right way and he realized that it was time to stop. He took the old sweatshirt with him.

The sweatshirt was kind of important at the moment. The whole thing was a little strange. And there was a general feeling that it was the sweatshirt this time and last time it was just a matter of taking the car keys. At one point it was absolutely essential that he bring the right baseball cap.

And so the decision was to bring the sweatshirt. And nothing else aside from the car keys. Everything else that needed to happen had happened as near as he could make out had happened and so he jumped out of the rental and into the jungle. As he did so he felt the first few drops of what everyone in the general area was so worried about.

We want to be the storm rolling and raining down what’s in our bellies and have everyone look up, see us, and experience our vast weight, strong wind, and maybe, just maybe, our eye of peace. ~ Tyler Malone

A bit about Russ: Russ Bickerstaff is a professional theatre critic and aspiring author living in Milwaukee, Wisconsin, with his wife and two daughters. His short fictions have appeared in over 30 different publications including Hypertext Magazine, Pulp Metal Magazine, Sein und Werden, and Theme of Absence.