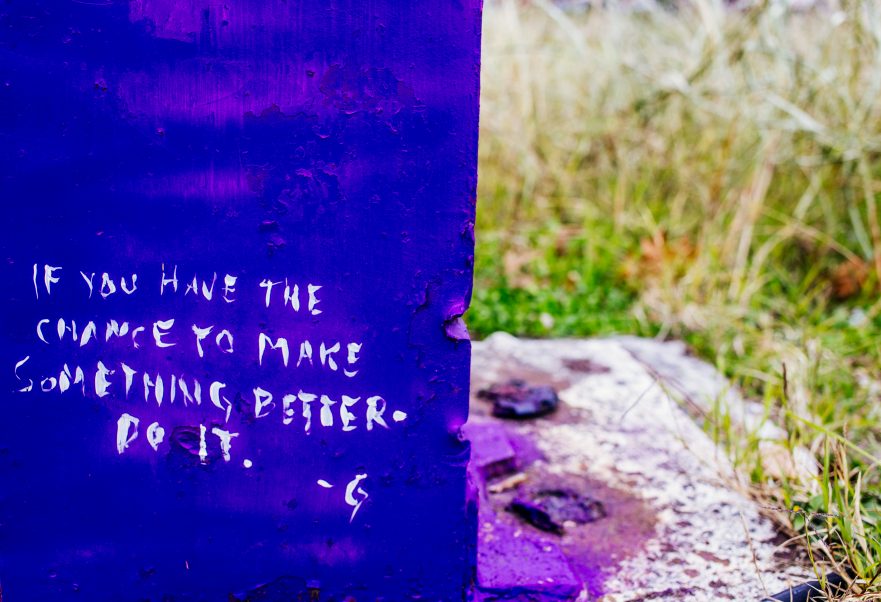 Michael was medicated—by a doctor, no less—and had two dozen nurses and a security guard to make sure he didn’t do anything rash. They were more careful than he knew—nobody else in the hospital had a name like his. It invoked visions of a dozen police cars lined up in front of the building, of litigation, of manipulation of public opinion for matters both personal and political. Everyone on the payroll knew they were at risk when it came to Michael Coles. They tiptoed around him, accommodated him.

Visitors came every Sunday. That first Sunday he sat in a gray armchair, his eyes darting to the clock every few minutes until visiting hours were over. A wave of relief washed over him. He could imagine the timbre of her voice as she told them who she was in her stilted speech. He imagined them saying Oh yes, ma’am, we’ll get him right away. They would tiptoe around her, accommodate her.

Two months into his stay, Ellen made the drive out to see him—only because her husband begged her. John had been adamant that Michael receive the best care the city had to offer. He’d always had a soft spot for Michael—objectively undeserved. After the incident she had been ready to cut him out of their lives completely. Not cut him off; she wasn’t cruel. She wouldn’t just leave her her son to fend for himself. He was twenty years old, for God’s sake. We ebb and we flow. John was right. She saw a lot of him in Michael, and so much of herself in Lisa.

When she came into the room, he moved to stand but she motioned for him to stay seated. He found that offensive. It was a formality, nothing but a gesture of goodwill, certainly not the prelude to affection. Still, her presence was as inexplicably soothing as it had always been. There was something very endearing buried inside of her, often dormant, but the memories he had of it were some of his most vivid.

Ellen scoffed. “He’s embarrassed of you. Do you know what they said about you on the news, what they said about all of us? If your father’s constituents think he’s incapable of holding his family together, how are they supposed to believe he can handle the fucking district?”

“Will he walk again?”

“Believe me, if you had paralyzed him I wouldn’t be here right now. I certainly wouldn’t be paying for this goddamn summer vacation. And you’re lucky to get any help at all—these people know who you are. Who your father is. His politics. You’re lucky they don’t strangle you in your sleep. Or give you back your shoelaces and let you do it yourself. Michael, do you realize your father will never run another marathon? I mean, does that even register? He might not even get reelected.”

“People are probably over it already. You should know, you guys are always talking about that kind of shit. Masterson’s kid killed that girl with his car six months ago and he’s clearly going to keep his seat. And I’m doing so much better, honestly. I think I’m getting control over my life again.”

“Mike, stop being an asshole. We’re all struggling with this. So you need to figure your shit out while you’re here, because nothing like this is ever going to happen again, do you understand? Not even close. Lisa hasn’t even had a chance to go off the rails yet and look at you. And I know you two have been talking on the phone—you know she can’t keep anything to herself. That was a sick thing to do, asking me if your father would walk again.”

“Doesn’t it matter to you that I feel good? I mean, think I’m thriving or something. But I need to stay. I’m really not ready to leave. I mean, I don’t even know where I’d go. And Lisa—”

“I don’t even want to hear her name come out of your mouth. Stop calling her. You’ll have plenty of opportunities to run her life into the ground when you’re ready to come home.” Their eyes met. Then she began to collect her things. “What day is it, Sunday? I’ll be back next week or the one after. Do not talk to Lisa.”

After she was gone, Michael asked a nurse if he could make a call. Lisa answered on the first ring, her voice high and anxious.

“She said I can come back when I’m better.”

“Don’t say I called. She probably won’t even tell you until she sends a car to pick me up.”

“When I feel right, I guess. Soon, probably.”

They hung up and Lisa relayed the conversation to their father, who felt a sort of joy pass over him. Everything that falls apart seems to come back together again. His physical therapist knocked on the door. It was 7:30.

What goes can never compare with what will come. Good or bad, know that. ~ Tyler Malone

A bit about Taylor: Taylor Evans is a Dallas native and professional candlemaker who writes short stories, poetry, and personal essays. Her influences include Raymond Carver, Don DeLillo, Frank Stanford, and Milan Kundera. She graduated from UNT with a degree in Economics in 2016 and spends her free time feeding her puppy blueberries.