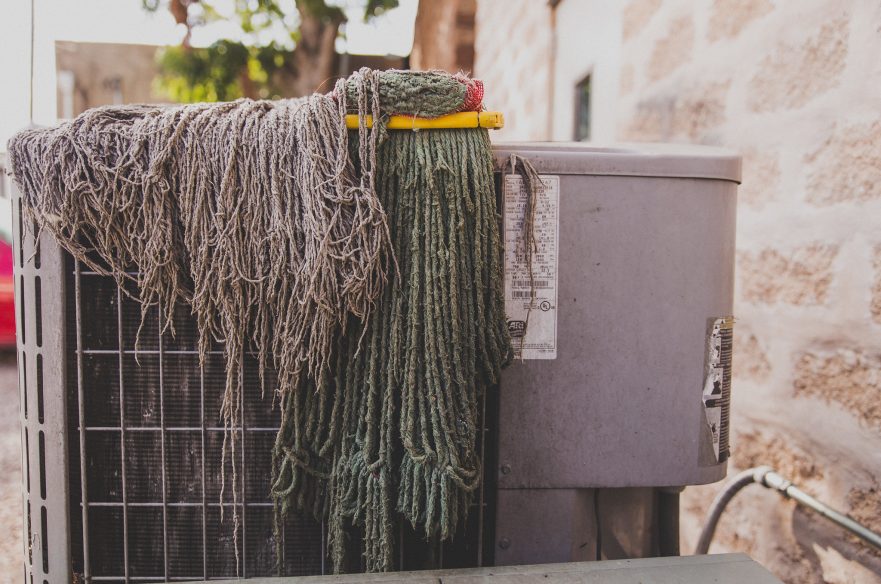 photo "Drying, Not Dried Out" by Tyler Malone

Jack didn’t know why, but over the last year he’d been thinking about that day a lot.

It wasn’t a day that had been out of the ordinary. And it wasn’t a day that he could recall that he’d really thought about for more than thirty years. But there it was anyway. Just as it had been for the last eleven months or so. Constantly nagging away at him, until Jack found that he was almost incapable of concentrating on anything else.

It was a Wednesday – he remembered that clearly – and it was around 11 AM. They were sitting behind a car park wall, smoking a joint, not far from the local factory. As that’s what they usually did, rather than actually going to school, there was nothing remarkable about that. It was the proposal that Bee had put to Jack that had taken him by surprise.

Looking into Bee’s intense brown eyes, he knew she wasn’t joking. Still, Jack went on and asked her anyway, just to make completely sure that he hadn’t somehow got his wires crossed, and that Bee really did mean what she had just said to him.

“Are you being serious?” Jack asked her, passing the half-smoked joint to Bee.

“Yes, of course,” she nodded, keeping her eyes fixed on his, “I mean, seriously Jack, come on, what the hell is there to keep us here?”

It was a good point and one that Jack took on board, nodding slowly as he did. After all, he had often said the same thing to Bee, during the year they’d been together. And if Jack needed any reminding of how right they were about that fact, then he only needed to take a look across the car park at the workers in their dark blue overalls, as they made their way either in or out of the only factory in that small and rural town.

“I guess… No, I know you’re right,” said Jack, taking the joint back from her soft and slender hand, “It’s just that… Well…”

Jack took a long drag on the joint and held it down for as long as he could. Even then, he didn’t like to feel pressured and by holding the smoke down as long as he could, he hoped that Bee might at least give him a moment to think over what she had just said.

Tilting his red eyes up towards the gray sky, Jack exhaled slowly and watched the smoke drift out from his lips and drift off with his thoughts.

Yes, he knew that there was nothing in that small town for them. But they had only just turned fifteen. So, what kind of job was he going to get? Apart from the one-off kind he sometimes got from his Dad’s mates, who were also in the building trade?

And, as boring and as mindless as Jack knew that sounded, they, or he, would have to work to survive. There was no way around it. Firstly, because they were a year too young to claim any kind of welfare. And, secondly, and even more importantly, Jack had already been arrested one too many times to keep on stealing things for Bee.

“It would be difficult,” he nodded, handing the spliff back to the waiting Bee, “Not impossible, but, yeah, difficult. You know, money wise.”

“True,” said Bee, nestling her head against his shoulder, “But, come on Jack, forget about the money, and think of all the freedom that we’d have. No more rules. No more parents. No more of this small town bullshit. And no more boring nights apart…”

Turning his face towards her own, Bee kissed Jack softly on the lips and then nestled her head back on his shoulder before continuing.

“Yeah, I know it wouldn’t be easy – money wise. Obviously, I had thought of that. But that’s the whole buzz of it, right there, isn’t it? I mean, of course, we wouldn’t know where we were going, or what we were going to do. But none of that is what really counts, is it? No, what really counts Jack, is that we will be free. Free to do whatever we want to do.”

“That’s right,” Jack smiled, taking back the joint, “We want to be free to get loaded.”

Crushing another ten milligrams between his yellowed teeth, Jack rubbed his eyes and then his forehead with his badly shaking hands.

Gone was certainly where his head was now. And all of that freedom which he had gone on to find, both in his own country and in far too many other countries to remember, had long since turned itself into a whole variety of prisons.

Picking up his green and white repeat prescription, Jack put on his fraying parka, pulled its hood strings tight and headed for the bedsit door.

“No, maybe not,” Jack muttered, as he turned the key inside the lock, “Or then again…”

Life’s a job. Somehow, in some ways, we pretend we run the whole damn show. But we know at our shoulders, we feel the thumb of something–someone–above. ~ Tyler Malone

A bit about J H: J H Martin is from London, England but has no fixed abode. His writing has appeared in a number of places in Asia, Europe and the Americas.