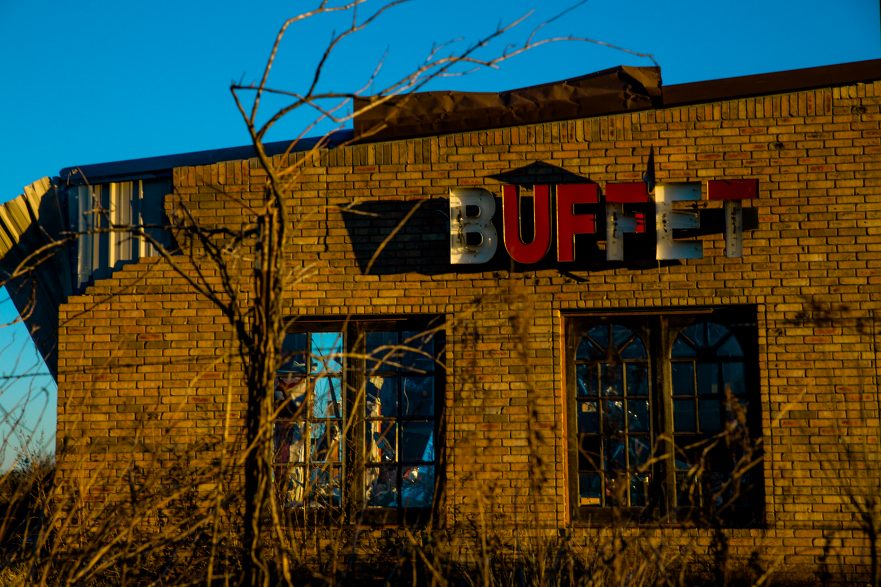 The Reedman house had been empty since the old man died. He and his wife June fell in love with it when it was part of Land Tract No. 19. He continued with his welding job, a strong man with a stubbly beard helping build ships at the Navy Yard.

Then June starting coughing. The walls of their bungalow rang with her rhythmic coughs. Floyd would place his hand on her chest and press down. Each cough sounded like a bellows from a furnace.

She was one of those women who didn’t like doctors.

“Go to a doctor,” she told Floyd, “and they’ll likely kill you.”

In time, the coughing passed, and Floyd put a down payment on the house to be built in the middle of Cumberland Way in one of those up-and-coming suburbs in Montgomery County, Pennsylvania.

“Floyd, you done good,” said his beautiful June. They would stop and visit once a week to see how it was coming along.

They’d tiptoe inside making sure they didn’t fall between any loose boards.

Out came the picnic lunch.

They’d snuggle in each other’s arms, then walk carefully around the house which smelled of fresh pine wood, and pick out where the four bedrooms would go.

It surprised them when June became pregnant.

She visited Dr. Rothman in the old neighborhood.

At the end of the exam, he called her into his office.

“Mrs. Reedman,” he said. “Do you realize you are bearing twins?”

Her hands flew up to her cheeks. “Oh, no!” she shrieked. “How can we ever afford it?”

The doctor promised to give her discounted services.

He knew Floyd had won a Purple Heart in World War Two.

Tim and Tom were born. Cute little buggers. And then came the next crop of twins. Carl and Charles.

How proud the Reedmans were parading their children down Cumberland Way in their perambulators.

Neither of them remembered when her cough returned. They let it rumble inside her quite a while. Why ruin the best days of their lives?

She died in her bed while staring at the television.

After June’s death, petty thefts began occurring in the neighborhood: rakes and snow shovels from garages, porch chairs turned over and smashed up, flower beds pulled up as if rabbits were attacking.

These were the children of June and Floyd Reedman.

Not a drop of discipline.

“What?” cried Floyd. “My children accused of these crimes?”

He did work during the day at his welder’s job, but turned a deaf ear to the complaints, even when the police officers stopped by.

Further up in Huntingdon Hills, there were reports of assaults against women. And finally of rapes that could not be denied.

The oldest twins, Tim and Tom, were locked up in Eastern State Penitentiary. Pops would drive up with Carl and Charlie in the car. “What ya think they do all day in prison?” he asked his sons.

“In movies, they have all kinds of jobs,” said Tom. “They can work in the laundry or be janitors with dust mops.”

The four hours went by quickly as they talked about their dear mother June. “We sure miss her coconut crème pie, Pops.”

Years passed. Hard to believe but Pops was long gone. So were his twins, Tim and Tom, and Carl. They sure loved their booze and drunk themselves to death. Every single one of them had been jailed, paroled, and died a lonely, love-forsaken death at home. A trust fund paid for the upkeep of the house with its trio of white birches in the middle of the lawn. How proud June and Floyd were when they planted the baby trees, with their peeling white bark. Now, they were all but forgotten.

Charlie lingered on. At sixty years old, he would stagnate in bed, wearing his slippers, and reading a Playboy magazine he got at the drugstore.

Occasionally a neighbor would knock on his door.

He ran down to the door, hearing the old grandfather clock chime. Pops had an assortment of valuable figurines in cabinets he had made. And framed pictures June had crocheted.

An older woman with shoulder-length hair stood on the door step.

“The old gossip,” he thought.

“Sorry to bother you, Charlie,” she said.

He refused to speak.

“I have an opportunity for you. You could take it or refuse it.”

He grabbed a shiny brochure she had. Saint Basil’s Retreat in Jenkintown, Pennsylvania. That was twenty minutes away, he knew, near the Academy Bar, where he liked to sit at the counter on a revolving stool and drink his beers until the bartender said, “Enough already, Charlie. Stop!”

Charlie studied the shiny brochure, turning it over with his thick fingers.

His black Ford truck was in the car port.

He started it up. It sputtered a few times and then he backed out. He looked at his full head of hair in the mirror. Barely a speck of gray. At last something to do. What the hell was a retreat anyway?

Autumn leaves sifted down from the sky.

A golden dome appeared just ahead.

After parking, he slid through a side door, where he heard the sounds of a choir.

A short nun in a black habit saw him.

“Why, you must be Charlie,” she said.

“We welcome you and bid you peace,” she said. He followed her into a small room. On the bed were white pajamas and clothing for the next day. Clearly, he was expected to work.

“Listen for the supper bell,” she said. “Tomato soup and a salad.”

“Oh, and peach cobbler for dessert.”

He sat on the bed, slipped off his boots and lay on his back.

Life creates death, over and over. Always. It doesn’t always go so sideways, but it always reaches the same conclusion, the same ending all of our stories have it if you tell them long enough. ~ tyler malone