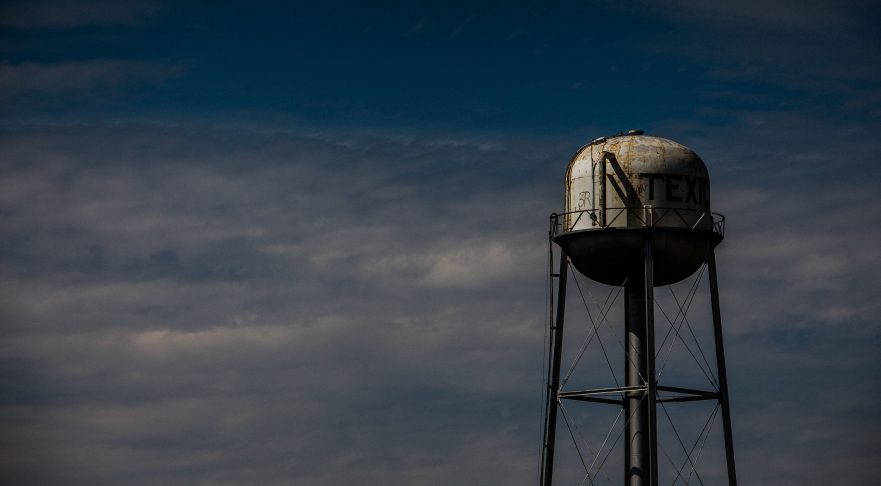 I would like to tell you a story that usually is not appreciated much when I have told it to others throughout the years. The kind of humor that many of us appreciated back in those days is pretty much extinct. At the time of this story, there was a soybean processing plant just outside of a very small town in Illinois that employed eighty people. The plant took in soybeans and made soybean meal and soybean oil. In the summer, the work was dirty and hot. In the winter, the work was dirty and cold.

There was a lunch room in the basement of a two story building in the center of the plant. The first floor of the building contained a locker room, a shower room, and a restroom with a sink and two toilets. The second floor was the maintenance shop, where maintenance men worked on various repair or improvement projects.

Myron Mose was the janitor. He was responsible for cleaning the lunch room, the locker room, the shower room, and various restrooms throughout the plant. Myron was old. He was past the age of retirement. It was told around the plant that his wife would not let him retire.

Myron had narcolepsy. He would often fall asleep in the lunch room while eating a sandwich or telling a story, only to wake up a little later, to take another bite of his sandwich, or finish his story. He also wore a hearing aide. Bob, the plant electrician, teased Myron a lot. While talking to Myron, Bob would speak very softly. When Myron would turn his hearing aide up, Bob would then speak loudly.

The men that worked at the mill were a pretty crude bunch. The practical jokes that were done were often designed with a wicked intent toward the person they were played on.

It was well known that Victor was tight as the bark on a tree. One day before lunch, Bill superglued a dime to the floor of the lunch room, just in front of the soda machine. When Victor came in the lunch room for his break, everyone in the lunch room watched as he casually tried to pick up the dime. Then everyone laughed like crazy and several of the guys taunted him. Occasionally, someone who was greatly disliked by many, would open his lunchbox to find a dead rat instead of his lunch.

At the beginning of the week one time, George and Bill were discussing how large their bowel movements were. They began to argue about who could shit the biggest turd. Finally, George told Bob that during the week, if either of them had a bowel movement that they considered notable, the other would be summoned to witness the result. Whoever had shit the biggest turd by the end of day shift Friday would win. They agreed to a twenty dollar wager and shook hands on the bet.

By Thursday, each had summoned the other to take note of a large bowel movement. By the end of the day on Thursday, George was set to win the bet, but Bob said it wasn’t over yet.

Friday, there were about 30 of us sitting in the lunch room. Bob stormed into the lunch room and told George, who was eating a sandwich, “Get your twenty dollars out and follow me. I got record turd!”

George stood up and said, “You’re a fucking liar Bob. No one could top the turd I showed you yesterday.”

Bob led George out of the lunch room, followed by several others, including myself. Their heated contention, along with their deadly seriousness over such a goofy contest, was making for too good of a show to miss out on.

We followed them upstairs and passed through the locker room, then passed by the shower room. When we got to the restroom, Myron was leaning over the toilet, breaking up a huge turd with a plunger. He didn’t look happy.

Bob scolded Myron, yelling, “What the fuck is wrong with you, Myron? That was record turd!”

Myron looked up from his work and yelled, “You son of a bitch! I’ll kill you!”

Myron raised the plunger and chased Bob through the locker room and stood at the door cursing him, as Bob ran across the plant yard. All of us were laughing like hell.

Bob and George both claimed they had record turd and neither would pay the bet. They argued about it for a few days during the next week until they were distracted with some other kind of nonsense.

Some shitty stories are worth sharing with everyone. Bosses, enemies, lovers, what you’ve assembled and offered to the universe should be celebrated. ~ tyler malone