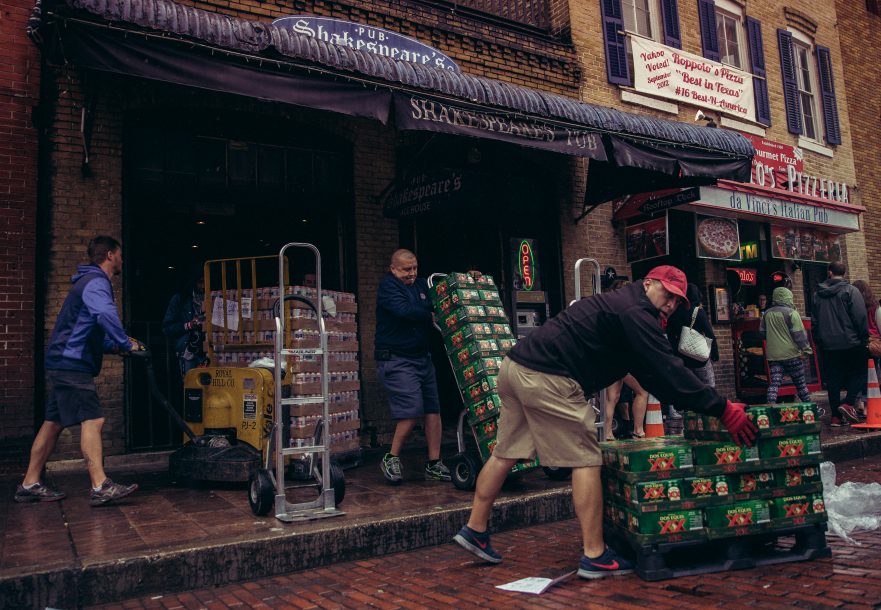 My limbs move with an awkward, reflexive motion. I speak in a mechanical, colorless tone. My body is composed primarily of plastic and stainless steel. Most people assume that I am a robot. They are wrong.

As it turns out, living forever isn’t such a good idea after all. If I count the years since I was born as a human being, I am 137 years old. A lot can happen in that much time. For one thing, all my friends are long gone. When you move around in a robotic body, it’s hard to make new friends. Not many people want to socialize with what they see as a robot. So many things have changed in the way society is that it’s hard to keep up. I don’t watch television anymore because I don’t understand most of the stuff that is going on.

I have made one friend, though, Myra. Like me, she is an electronic person. She’s even older than I am. Unlike me, she is still working. She’s a dish washer at the Tip Top Club. Like many electronic people, before she passed over, she assumed that she would have no financial problems. She had Social Security and a nice pension. However, once she passed, the government and the pension fund both declared her dead and no longer eligible for those funds. Fortunately, we electronic people don’t have a lot of needs. We don’t eat or drink. We just need a source of electricity to charge up our batteries.

I don’t have to worry about money. I had my own company. I was able to make some good investments that kept me in funds through the years, although recently money has been tighter than it was ten years ago. My sons took over the management of my company. They have all died. Then it went to the grandchildren. One of them has died, and two have retired and gone to Florida. They company is now in the hands of the great grandchildren, who are running it into the ground. It is because of them that my retirement fund has been less productive than it used to be.

I met Myra at The Resurrection Club. We became friends immediately. Had we met during our biological lives, we probably would have become lovers. But that is one of the many things not available to electronic people. We can’t eat or drink. Really, all that is left for us is good conversation. For years, decades even, I did not have anyone I could really talk to. But Myra and I talk about everything. We talk about plays, not the garbage that is on the stage these days, but Shakespeare, Sophocles, Shaw. We listen to music, Mozart and Beethoven. We don’t talk about the political issues. The state of things in Washington is too depressing, and we can’t do anything about it anyway. We can’t even vote. We can’t open a checking account or do any of things that ordinary citizens take for granted. Society doesn’t recognize us as people.

A few days ago I was sitting in the lounge at the Resurrection Club listening to Beethoven’s Ninth through earphones. I felt a touch on my shoulder and looked up to see Myra. She had just come from her job.

I turned the music off and she sat beside me. “It’s nice to get away from the humans,” she said.

I realized that we had both begun to think of biological people as “other.”

She sighed and said, “I’m beginning to think that what we are doing is against God’s plan.”

“We were meant to live our lives and then go on.”

I realized then that a thought had been boiling beneath the surface of my mind. Suddenly it burst forth.

I rented a car and had it drive us to the foothills of the White Mountains, stopping on the way to get some things we would need. The car took us to a cabin in North Conway. I used to take my kids there every summer when they were small. I didn’t think the great grandkids even knew about the place.

Maya settled in a chair while I put Eine Klein Nacht Music on my phone. Next we took off our tunic and unscrewed our breastplates. People assume that the electronic brain is located in the head, but it is actually in the chest cavity within the solid state drive. She held the magnet against the drive, erasing everything in it. That would ensure that someone could not come along and restart her robotic body with her mind imprisoned in it.

In seconds she was gone. I leaned over and kissed her. Then as the music swelled, I held her hand in mine and put the magnet against electronic brain in my chest.

Living is hard to call living for too many who are living. It’s a long life (maybe) with a long list of things to be happy that were temporary or forgotten. Live the days you have, be happy that the worst parts aren’t permanent. ~ tyler malone