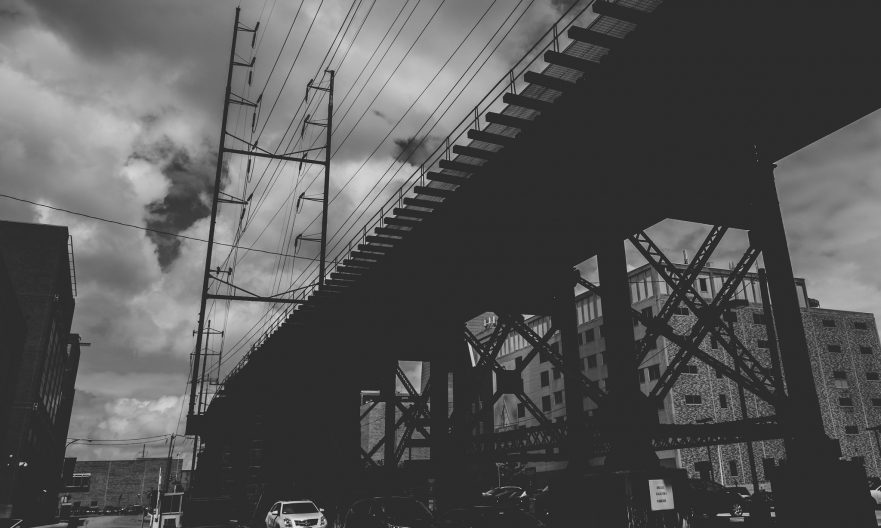 photo "Wrong Side of Life" by Tyler Malone

“Brother, calm down. They will be here. Twenty more minutes, OK?”

I don’t want to hear that. I really don’t. I have already been standing here in this two-bit DVD store for over half-an-hour. I don’t need it then. I need it now.

And, no, I don’t want to hear that bloody BS either.

Who the hell is that?

Right. I might have bloody well guessed. It’s those two old men in the coffin shop next door talking to a young local woman. Both of them rocking that classic sex-pat look, I see. Loud Hawaiian shirts. Baggy knee length cargo shorts. And plastic knock-off brand sliders. Nice…

The young woman is leaning on a black coffin and writing the amount down.

But then again, they “say” a lot of things, don’t they?

“Hey! Foreigner! Come on. Don’t talk to her like that!”

This really is bloody painful. I’m hungover. I’m shaking for a spike. And the delivery is late.

Just cut to stepping backwards. Get out of the way of all these people.

Take another Codeine. Stop thinking about the flight.

That’s it. Good. Now light a cigarette. And wait for the scene to finish playing out.

You’ve seen this film too many times to get stuck inside its loop.

You know that all these words are just that. Words. They are not guns, They are not knives. They are just names. And those threats are usually empty. Not always. But most of the time. At least while there is light anyway.

What is the time?

Check the numbers there – on that digital clock inside the coffin shop.

It’s nearly Eight PM. Two more hours to drop off the delivery and then plug and swallow the bags for M______. And then – boom – freedom.

Yes. Try and focus on that. If you run now: you are dead. If you stay: you are fucked. Get there and you are finally free of all of this BS. Free of the debts. Free of the ‘errands’.

“Hey, brother, it’s OK. You are good guys. No problem now. No problem, my brothers.”

I don’t know about that. But I am happy that the two men and the woman are now friends again. That means that the tourist police won’t be getting called. And the taxi drivers won’t be starting anything. No, The scene will just go back to the beginning again. And wait for new actors to come along and to take over the roles. There will be no arc. No hero. No intelligence or epiphany. Nothing will bloody change.

No. Because nobody cares. Not those tourists taking pictures on their phones. Not the pickpockets tailing them. And not the dealer on the corner waving at me. Money is the only thing that matters. That’s why I am here. That’s why my friends are all strangers. And why my enemies are all over me.

Come on, man. For fuck’s sake. Keep it together. Stop feeling sorry for yourself. And stop thinking so much. You fucked up. You’re a junkie. That’s it. End of story. There’s no need to keep on going over and over every last detail of how you got yourself into this fucked up situation. Like you said, the universe doesn’t care. Just get this day over with, and then get yourself clean.

Everything will be alright.

They’ve agreed on a price and now they’re leaving. Along with the onlookers. All of their figures replaced by new passers-by. More tourists. More locals. More dealers. Same scene.

Yes. The coffin is black. But it is empty.

Two more hours, man. That’s all it is.

When the night could be what gets us high, too many use shadows to discover ways to survive each night and distrust the light. ~ tyler malone

A bit about J H: J H Martin is from London, England but has no fixed abode. His writing has appeared in a number of places in Asia, Europe and the Americas.