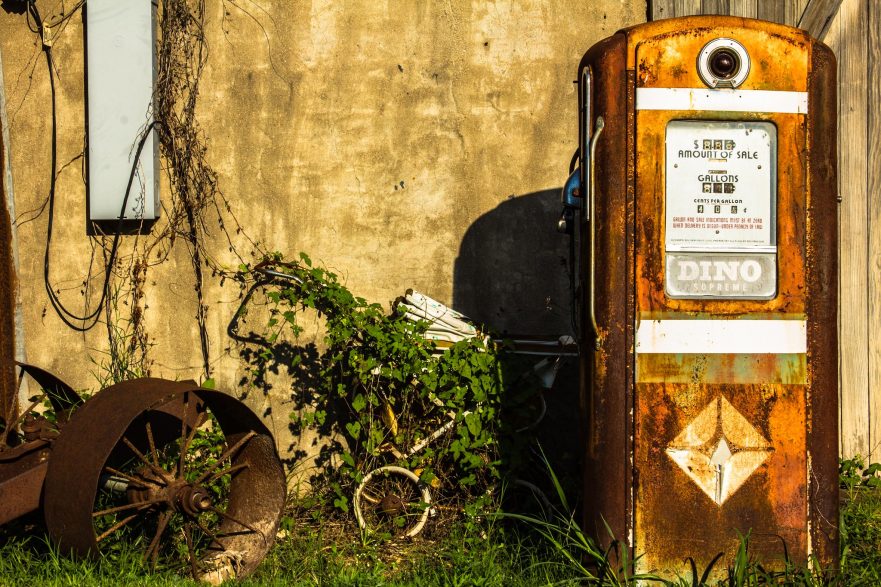 Fall wind bit through William’s threadbare coat producing a shiver. He pulled the coat tightly around his neck to cut off the draft. The coat used to be snug, now it wasn’t.

William was somebody in the military, but that was five years back. Since his discharge he hadn’t adjusted well to a noncombat environment.

An endless string of temporary jobs, one crappier then the next, finally dried up. He stopped looking ages ago.

He’d spent three months at the homeless shelter. Maybe four. The days blended into one another and the weeks into months. He’d officially become one of the non-people on the streets. Invisible.

Today’s brief bit of panhandling yielded less than five bucks, but that was enough. Plenty enough to avoid the soup kitchen. Too many judgmental eyes on him there. Several canned food items were still under a dollar at the overpriced convenience store on the corner.

William entered the store and winced at the sound of the door buzzer. Soup, beans, and canned fruit were halfway down the aisle on the left. He usually gave a nod to the always-smiling Elyja, the night clerk, but didn’t see her at the till. The young girl was one of the few people on earth who smiled at him and treated him like a human. Her ebony skin, high cheekbones, and long cornrows made her look like an angel. She was the reason he came to the store and her smile was the highlight of his day.

He plodded down the aisle, grabbed a can of Van Camp’s Pork and Beans, and headed to the counter. Nice that there was a pop-off lid. He hoped the day would never come when he considered putting the can in his pocket.

As he approached the counter, he saw Elyja, but she wasn’t smiling. Her right hand was covering her eye and blood was flowing down her cheek. William had stumbled into a robbery in progress. He continued to approach the counter and the skinny white dude waving a 9mm auto around turned to face William.

“On the ground, loser,” he ordered.

“Take it and leave.”

William squeezed the can harder. “That would be stealing.” William reached the counter and studied Elyja. He gritted his teeth.

He turned to the robber. “You did that to this nice young girl?”

“Yeah, she was too slow opening the cash drawer. She might need some more of it. You want some, too?”

“Shut up!” the robber screamed and raised the gun to strike her again.

William shouted, “Hey,” and pointed to the far side of the store.

The gunman looked in the direction William pointed.

William brought up the can with full force and smashed it against the side of the robber’s head.

The gunman collapsed in a heap. The gun clattered on the floor and skidded a short distance away.

William leaned down to see the impression the can left on the gunman’s temple. Blood was trickling out of the man’s ear. He looked at the can in his hand, then at Elyja.

When the body on the floor started convulsing, William pointed to it.

“Gang tattoos on his neck. His friends won’t take kindly to this,” William said.

Elyja moved her hand from her eye and stared at William.

She leaned over the counter. “What about him?”

“Doesn’t look good, blood’s coming out of his ear. I’d like to buy this can of pork and beans.”

William stepped over the body on the floor. “But he’s not now. Here’s a dollar.”

“No, Elyja, I can pay for it. I don’t want any trouble from the store, the police, or a gang. Please, I wasn’t here.”

Elyja nodded, picked up the phone, and dialed 911.

William left a dollar on the counter. “Get that pretty eye looked at. I’ll be back tomorrow for my change.” His step was a little lighter as he left the store. Maybe he wasn’t invisible after all.

When so many think rage gives them a voice, maybe doing what’s right could speak louder than any self-pity ever spoken. ~ tyler malone