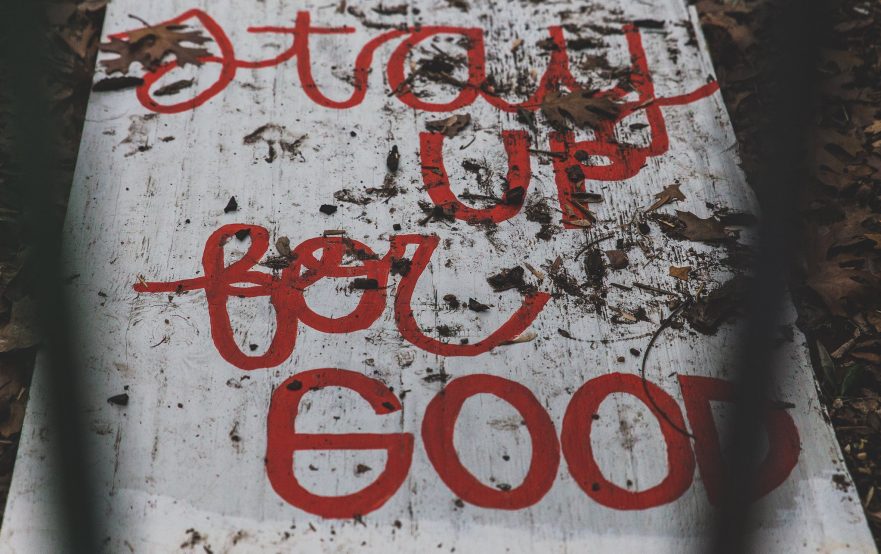 While Tony gave a speech in his role as the best man for Gareth the groom, he sported a traditional Nigerian royal blue kaftan, clutching a horsehair fly swatter–clashing with the black-tie event–and reeled off a list of Gareth’s conquests that he’d seduced prior to his bride Jackie coming on the scene. Everyone shifted uncomfortably in their seats but when Tony casually mentioned he himself had slept with Jackie only a few days ago family members of both the bride and groom rushed onto the stage and tackled Tony to the ground, knocking off his Yoruba hat.

In an unused communal meeting room in the wedding hotel Gareth confronted Tony, who was holding a frozen steak to his cheek to calm the swelling.

“Why do you always have to make such a spectacle of yourself? Everything’s got to be about you.”

“What are you talking about? I’ve done everything I can to be a great best man to you.”

“Really? You arrived at the church in a hearse with five strippers in the back swigging Kroonenberg from tins. You walked down the aisle with a boom box on your shoulder banging Tupac. You’ve lifted all of the bridesmaid’s dresses with Jackie’s dad’s walking stick which you kicked from under him. You implied I have HIV in your speech. You keep calling the maid of honour Daddy Mac and that you slept with her in the bus toilet during the six-hour journey to Skegness. She’s seventy-one years old! I’ve had enough.”

“I don’t understand, isn’t this just the usual cool stuff we always get up to?”

“All that’s over now. The past. I’ve got a new life. The stag do was the end of all those crazy, stupid days. I suggest you make some life changes. Maybe settle down, have kids. You can’t carry on this way.”

“But what about me sleeping with Jackie, doesn’t mean anything?”

“You’re trying to ruin my life, I’m well aware of that. But I won’t let you.”

Gareth marched out of the room to re-join the wedding party as the disco was in full swing. He sashayed across the dance floor and planted a sloppy kiss on his bride’s lips and then they boogied away to Britney Spears’ “Toxic.”

It wasn’t long before there was a commotion. A crowd had collected on the front porch of the hotel and they peered up at something on the third floor.

A voice bellowed out from up high: “I have been betrayed. Betrayed and abandoned. Knifed in the back by someone who was supposed to be my best friend.”

“Jesus, Tony.” Gareth called up, “Stop being so melodramatic and get down here.”

“Promise me you’ll divorce Jackie as soon as possible and we’ll get back to being best friends, doing insane stuff like we always used to, or I’ll jump. And I mean it.”

The crowd began chanting, “Jump, jump!” over and over. Tony began to weep, then eventually he became calm. He assessed his life, his goals, his ambitions. But after a while he lost all hope. He took several deep breaths, balled up his eyes and leapt to his fate. He landed face down, his body cushioned by those gathered below and he crowd-surfed to safety.

“Well, that was pretty cool,” he said and went off to stalk the girl in the West African headdress he’d spied earlier by the punch bowl.

True friends stab you in the front. ~ tyler malone